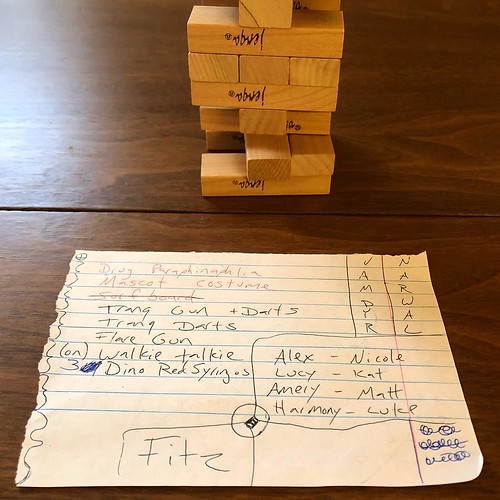 It is just after the first “Jurassic Park” has happened but scientists working for Biosyn managed to retrieve the dinosaur DNA that Ned tried to steal. In the subsequent years, Biosyn has created dozens of cheap knockoff dinosaur theme parks around the world. You are all employees at the latest theme park called DinoMight!®. Located in the Virgin Islands, it's a quick Carnival cruise from ports in Florida and a leisurely cruise further up the east coast. Vacation packages are available, come visit us soon! You're guaranteed to have a DinoMIGHT® time!

The last time Tom ran Dread, it was a standalone sci-fi horror game set at the bottom of the sea, so when Tom told us he wanted to run "Jurassic Dread," we took it at face value, like a bunch of suckers. Even after we saw a diplodocus wandering around with a broken neck, we spent a good hour thinking the park's dinosaurs might be robot fakes on a rampage. The truth was staring us in the face: this was a return to Tom's apocalyptic Dead World, & those absolutely are undead dinosaurs. I can survive dinosaurs, I can survive zombies, but zombie dinosaurs?

Francis "Fitz" Fitzroy was a whiz with numbers & a rising star in economics, who decided all capitalism is corrupt & the best way to live in the system is to drop out & compromise your values in the Happiest Place of All Time: Disney with dinosaurs. Life as a burnout & beach bum, funded by goofy antics in a hotboxed costume? Yeah, there's worse ways to make a living then as Iguana Don, DinoMight's® Hawaiian shirt clad iguanodon mascot, man. The real problem I had was my addiction to painkillers: I had started dating a park veterinarian named Maureen ("Mo") just to get access to animal tranquilizers. Which came in handy when I was able to sneak off to the bathroom with an emergency tranq gun & empty out a cartridge to take the edge off. I made it to the very end of the line, before a pack of zombified velociraptors tore me to pieces as the rest of the survivors raced down the dock & onto the boat. At least I wasn't killed by pterodactyls.

I spent most of the adventure thinking Alex, Nicole's character, was either some evil corporate spy or a total grifter. In the end it turned out the latter, but the gun she pulled had me thinking the former for a while. Kat's character, Lucy, was the creepy research scientist; she definitely knew that there were some kind of hijinks going on here! Maybe she even helped commit the crimes agains nature that brought these terrible lizards back from the dead, for all I know. Harmony, Luke's character, was the technocrat pretty boy & secretly a video "influencer," working here at the park waiting for the inevitable disaster to post as content. He was in love with Matt's character, Amery, the disgraced Air Force pilot who crashed his plane over the Super Bowl & is now working on his knife skills in the kitchens like Steven Segal in Under Seige. At first he can't stand Harmony, but by the end of the story, their love was real!

Here are some short clips of us playing. 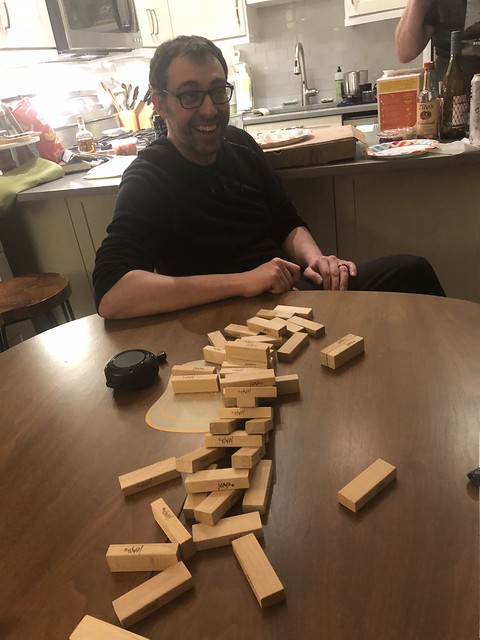