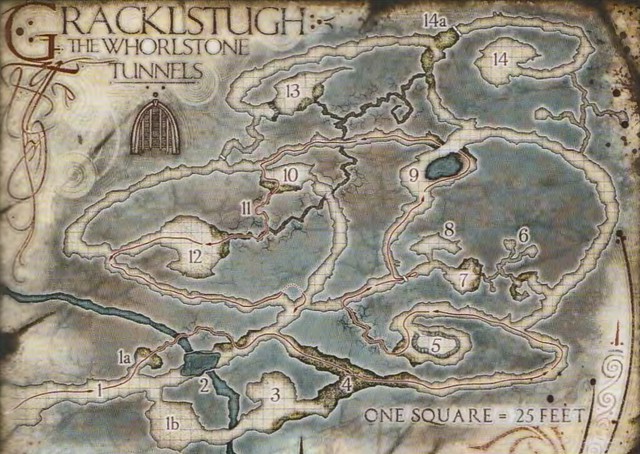 Looking out at the game table from behind the Dungeon Master's screen can be such an interesting & singular perspective. You know what's behind Door Number One & Door Number Two, but somehow the any path that adventurers choose to take is always going to surprise you. How could any DM have prepared for Lilly befriending the rocs in our Temple of Elemental Evil campaign, or the "Thieves Three" hacking the throne first thing? In my Out of the Abyss campaign, they have been mucking about down in the bowels of the dungeon for a while now: there has been time for factions & monsters of Whorlstone Tunnels to notice & start responding to them. Having discovered a red dragon egg & continuing the explore the chamber of a large black monolith after a thrilling battle with a derro savant, a many-eyed horror, & their minions, the players were ambushed by reinforcements including more of the gigantic, stitched together pickled punk pigs, a derro riding one of the duergar spider mounts called "steeders," & a huge kuo-toa alchemically mutated into a briny & bubonic berserker.

Thanks to the size-altering mushrooms of the faerzress-infused caverns, Serafin, Pritpaul's part-time cannibal halfling, ate a bigwig & grew brobdingnagian; then the ranger tossed the person-sized dragon egg into one of the rickety circus carts the derro had used to house a frankenboar, & pulled the carriage to a hasty retreat. Exit, stage left...but not before smashing down the doorframe, collapsing the tunnel behind them to buy a little time. They dodn't waste any, themselves: time, that is. Ellen's elf cleric in identity crisis, Norin, heals everyone up & dabbles in a little reconnaissance along the route ahead, sleuthing out some traps & shrieking mushrooms. Pook'cha, the thri-kreen bard Sam plays, was the only one not to "eat me" themselves up to size category Large, & so the cricketman clambers into the driver's seat, trying to steer them through the corridors. Imica, drow warlock & recent only child, is not very strong, but Strength is this party's dump stat, so he takes the back, trying to both push or lift the back wheels to help turn steep corners, as the situation demands. A silence spell centered on the egg & an illusion of a sealed passage further obscures their harried departure.

The group still has the elusive derro Droki, one of their main objectives, captured. Shrunken extra-Tiny with a pygmywort mushroom, they've put the mumbling courier in a jar & poked holes in the lid. In the cone of silence no one can hear any of his gibberish, but they try to gauge his excitement levels as they approach forks in the path...so they can go the opposite direction. Between the advanced scouting, interpreting Droki's body language, lucky guesses, good rolls & the absence of those guards who were already conscripted into the enemy cavalry, the players have a miraculously smooth journey, caravanning along the scintillating lights of the tunnel to the fetid pool they found near the entrance. Of course, back then they just elected to take another passage, but the players are, for the moment, found, & they worry that if they try to go around, they'll end up lost again. & so into the pool of warm toilet water they go, doing their damndest to keep the carnival wagon afloat. They get the whole contraption across with some swimming & some rope work, the whole gang is wet, gross & bedraggled, with a couple of looming Constitution save failures left to incubate. But that's the last hurdle; they are out of the Whorlstone Tunnels, plus one dragon egg & a Droki! With Norin proudly positioned to display the belt of dwarvenkind she's wearing, borrowed from Clan Blackskull, & Pook'cha in the red dragonscale armor of the dragon Themerchaud's Flamekeepers, the PCs go full Intimidation on their way to leave the derro ghettos. In a state of constant semi-riot, the PCs are able to strong-arm their way to the barred gates, & out. 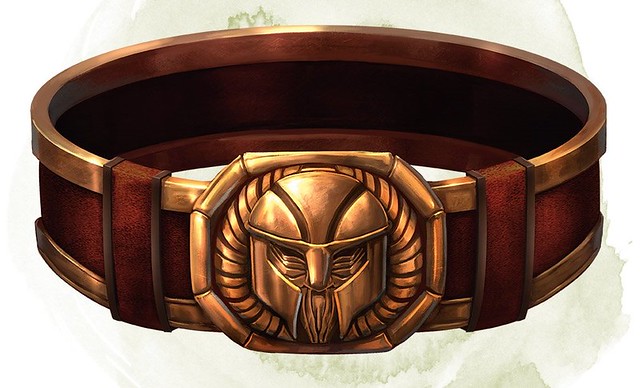 They head back to The Ghohlbrorn's Lair, infamously "...the Only Establishment Legally Allowed to Serve Non-Dwarves," to meet up with their NPC companions & plot their next move. Who exactly were they on quests for? What did they want, anyhow? & who do they actually want to help? Some of the crew have stayed in hiding, up in their room— the myconid Stool with its helpful telepathic spores, a beastly quaggoth who thinks of himself as the elf prince Derendil, & Topsy, the former wererat who is also a former twin— but the flashy gnome gambler Jimjar has set up a little impromptu casino down in the main room of the tavern, with curtains drawn & the orc Ront as his "pit boss." Being as haggling is illegal in Gracklstugh & that Jimjar has already been arrested for owning a deck of cards, the players are less than enthusiastic about this, but Jimjar tells them he's got it all figured out. He's going to be staying behind when they move on; he's found a niche for himself here. As a thank you he wants to deal the players in on a very special hand of cards; Norin is asleep & no one wants to wake her from her elf trance, & Serafin is too cautious, but Pook'cha & Imica both agree to draw a single card as Jimjar deals. I'm being a little coy but it is clearly a deck of many things; this is my first time breaking it out as a DM, & I was a little worried how much it might destabilize things. The thri-kreen chooses The Talon, loosing all his magic items instantly...most notably the dragon scale mail on loan from the Wyrmsmith Themerchaud, the red dragon himself, which should prove interesting for Pook'cha. The drow is more lucky: Imica pulls The Moon, which grants him two (1d4) wishes!
Collapse