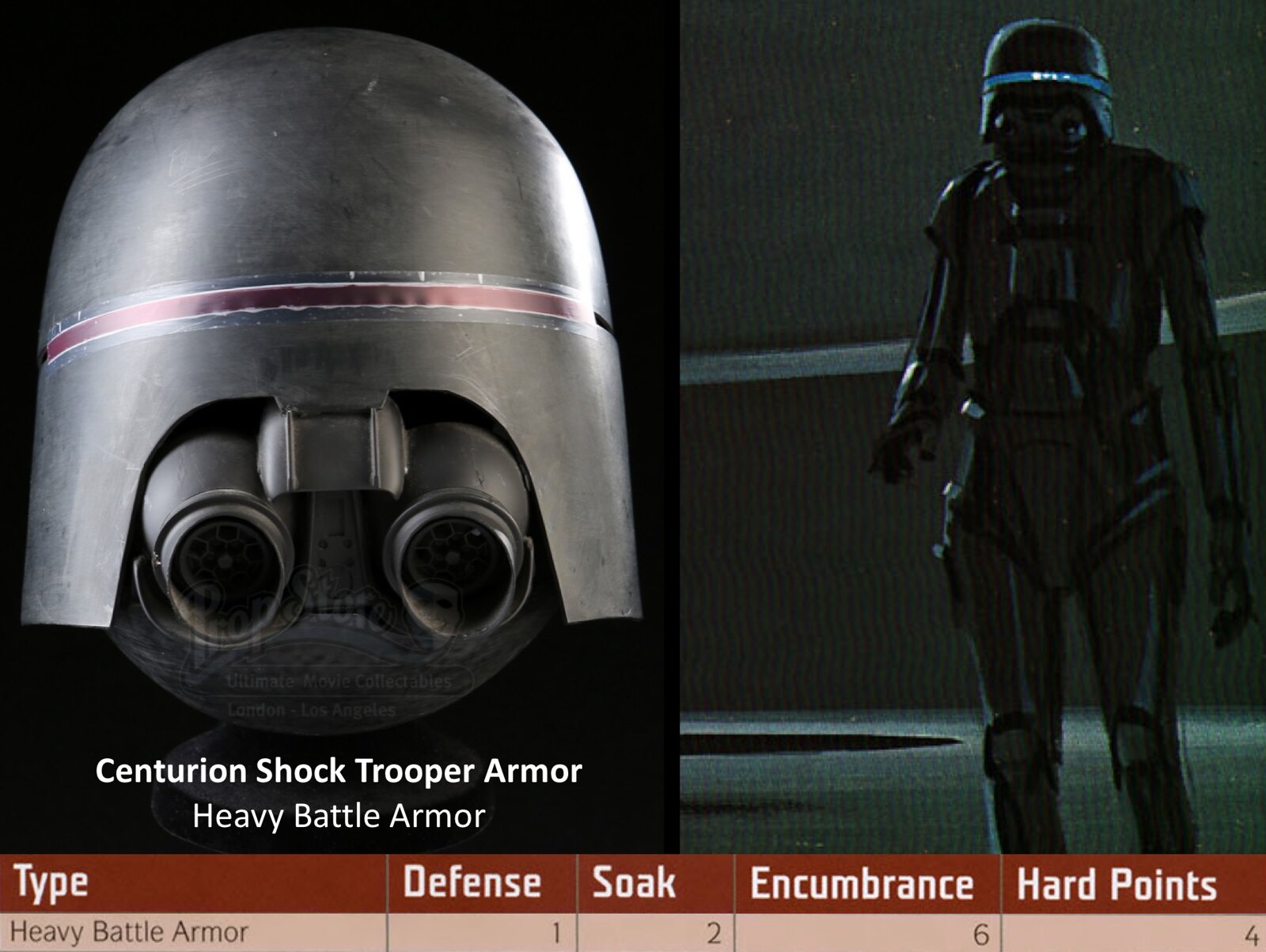 After tonight's End of Empire session I feel pretty good about my ability to make roleplaying choices have cosmological consequences: honestly I think it is something I've always been good at as a storyteller, whether or not my players have consciously noticed it, but especially in Star Wars. Darkness rises, &...dark, to meet it. At the end of the last episode I had interrupted the colossal coliseum battle on Corellia Prime by dropping a Star Destroyer on them, rather literally; then I had the hatches & airlocks pop open & disgorge a horde of armed maniacs, Reavers-style. I think between the race, the battle royale & this session we managed to have a pretty action packed sequence of events with a wide variety of set pieces & shifting stakes. I'm proud of the pacing; adopting a hard "cinematic tone" has been teaching me a slew of new tricks.

The fallen Star Destroyer, The Gargoyle, was deliberately crash landed into the palace moon. It spews fumes & gouts of flame & radiation as coaxium reactors im-, then ex-plode, but the human beings, the human bodies deranged by the Dark Side of the Force still come horribly tumbling forth. A full ship's panoply: stormtroopers in disarray, malevolent deckhands & gunners, a wobbly, coltish AT-ST...& well, as Rachel's former Imperial officer Para Totool can tell you, the ship's complement of this class of Star Destroyer is just under forty thousand, so if even a tenth of the people inside have survived, that's more of a slavering horde than the dozen blasters of the gladiators can hope to defeat. With that dawning understanding, with poison & the Dark Side heavy in the air, each round the players have to roll versus Fear, accumulating Stress. I've not been using the Stress mechanics as much as I'd like, & it added a nice sense of menace to the encounter.

Thrown back together after being separated during the fray, Jolit, the replicant droid played by Joey, has to dodge massive chunks of falling debris, trusting his programmed instincts. Meanwhile, the Farghul Force-sensitive played by Burke, Theynur Kötturinn, hides amidst the rubble, as some of the turbolaser turrets on The Gargoyle are still armed & operational! One takes fire & with a dusty shockwave blast, a speeder-sized crater divots into being nearby: too close for comfort. Seeing the lay of the land, Jolit is shouting in slow motion over the oncoming bombardment for everyone to make a break for it— despite his protestations, he's he ends up in leadership roles, including back in the Droid Uprising on Ord Mantell— while Raj's character keeps his eyes on the horizon. The gunslinging Jax Cadderly is watching for Rao Kast, Black Sun gang boss, sleemo & twin lightsaber wielding Mandalorian assassin with a vendetta against him, currently lurking, hidden by a personal stealth field.

Oh but the laundry list of problems keeps growing: besides Dark Side zombies & maniacal gangsters, there is a Krayt dragon on the loose! With the Baron's contest now abandoned, the cat-like Theynur reaches out with the Force, continuing to draw on her spite & frustration to control the now murderous & irrevocably Tainted beast, directing it into the oncoming swarm. She's able to do so, tapping into a deep, deep well of Darkness, a bottomless void; a bleeding hole in reality that as she touches draws her in, & draws into her, as well. The taste for slaughter spreads outward from Theynur like invisible lightning, a conduit for all the malice & evil in the galaxy as a family of nerf herders in the stands begins to wail vile epithets at each other, turning to slaps, then fists & worse. Pek, one of the muscular Twi'leks sidekicks of the CEC team, eyes rolling bad in his head, points his blaster & fires...at Para?! She takes a bolt to the shoulder as the armored up spacetrooper, Zed, muscles his way to Theynur's side...

...& a small black figure with a tiny blade of red light in its hand steps out of the collapsing Star Destroyer. Limned by burning durasteel beams in a visual callback to the Girders on Ord Mantell, it's the "Frankensith" from The ISD Rubicon, a small Vigil-class corvette, which that seems to have rammed itself into the much larger Gargoyle at some point. Para feels the black veins on her throat & neck from where it sucked the life from her growing & throbbing as it draws closer, but that's nothing compared to what the out of control Farghul scout is feeling, seeing. The Jedi will be reborn only to be betrayed from within to birth a greater evil than anything the Sith accomplished. Old Zed drops his shield & takes off his mask— revealing a sort of winged sword that no one recognizes & a surprisingly young face that is familiar to the audience but somehow unknown to our friends— taking her by the shoulders. When did the mutilated, seams & stitches Sith appear? When Theynur used the Dark Side for the first time. 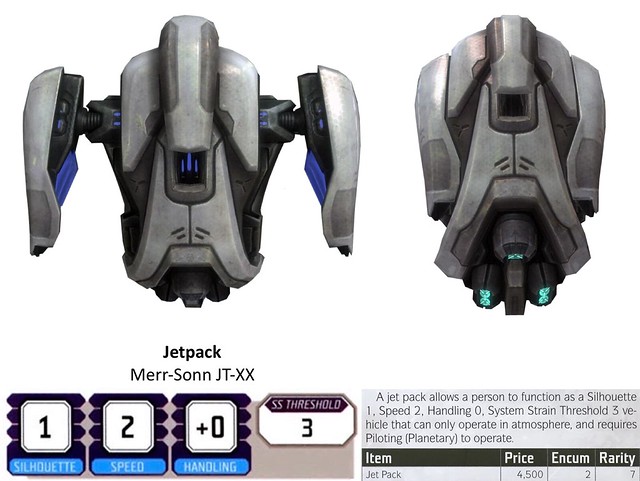 Jolit sees Baron Monstro's repulsorpod descending into the chaos, rallying the others towards where it's descending. The original architect of the completely unsafe & utterly unfair competition, the mercurial fancies & moods by which he'd planned the occasion have been ruined, simply ruined by this turn of events. Hopper Rose, the juiced-up lieutenant of Rao Kast, is back up after huffing himself full of medspray & stimulants, but another heavy blaster bolt from Jax drops him right back down again, as Para shoots dead the Twi'lek joyboy who shot her. Luke Skywalker will betray his apprentice. Luke Skywalker will abandon the galaxy. Zed is looking into the yellow eyes of Theynur. "Be calm. Focus. Don't give into the Dark Side. You are one with the Force." When did the Star Destroyer crash into the moon? After Theynur used the Dark Side to win the race through the Labyri— as with a wrenching of all her willpower, marshaling every last ounce of luck & the final Destiny Point token, the felinoid finds the moment of peace within herself...enough, anyway, to snap out of it & sag into her friends' arms just as the Baron hits the ground. He's jumped out of the pod, relying on his golden power armor to absorb the fall, bounding over to them through the fray, grinning, blood splattering on his gilded armor.

Baron Monstro announces to the party, quite theatrically, that he is, in fact...a man of his word: he’s going to make sure they find out everything they need to know about STARKILLER, just as his promised; mysteriously, he says Zed knows where to take them. Releasing his master of arms, he tells Zed to go with them back to their ships— "I know you're leaving with her no matter what I say, old friend!"— & to make sure they get where they are going, wink; he then calls his personal droid Oh-One on his commstick, ordering him to make sure that "the gifts he got for them" are conveyed to the False Profit. "I've spent a great deal of time thinking of just the perfect presents for my new friends & I would be extremely displeased if they weren’t delivered just because of a little spaceship accident!" Monstro apologizes, saying he’s afraid he can’t be there to give the gifts to them personally, but he never could pass up a challenge, or so he claims before taking one giant leap into the slavering melee, toward the giggling, shambling "Frankensith," just as Eris & Sshushath finish bringing the observation pod down for everyone to load into.

Shushath the Trandoshan has his slowly regrowing arm in sling with blaster out, wary for cloaked Rao, hissing to Jax & covering his back; he owe's the scoundrel a life-debt, through somewhat crooked means, but the two of them have really started hitting it off & developing a rapport, even if Jax is partially responsible for the execution of Wuukar the Wookiee, who Shushath also owed a life-debt to. He's also an ex-gladiator who did a long stint in here on Corellia Prime, which is how he knows Zed & the group's sort-of mentor, Eris Berserk. A cyborg pirate, Eris is a blue-skinned Chiss with a heavy duty black cyberarm as well as some kind of extensive internal apparatus with a blinking control box on her chest. She fusses over the group, healing a little Strain, but spits out her deathstick & curses after a few ticks.

Annoyed, angry, & a little scared, she tells the party that she’ll catch up with them, but she’s got to drag "this idiot"— jerking her thumb exaggeratedly in the direction of the Baron's suicidal jaunt— off this moon alive. He’s practically her father, or anyhow, he mostly raised her, at least. She's got no plans on dying here: Eris tells them that Oh-One won't countermand the Baron, but after they get their "gifts," whatever those are, they should tell it to get the Plume & come pick up her & Monstro— scratch that, say The Baron & her— they'll rendezvous with the party wherever Zed is taking them. That said she leans over, her code cylinder & clavicle necklace clattering, & grabs the person nearest to her, Jax Cadderly, giving him a kiss "for luck," & slipping a cloaked binary beacon onto his wrist to so she can find them later. She yells to the Baron’s Herglic guards— "you scuvy mob!”— to follow her & with a shout, chases after Monstro.

Para's well acquainted with controls to these floating palanquins at this point, so it's just a moment till the rest of them are ascending into the sky, toward the dangling antennae & landing pads of Sub-Palace Besh. Below, the two surviving CEC contestants, the bubblegum & ivory Duros known as the Sugar Sisters, still chasing their dream of getting the Baron to grant them a megawealth "wish," have noticed Eris & the Herglics pursing the Baron & triangulate to meet them, flash grenades banging & blasters finally set to lethal while the wood-wise & cautious Tantal rangers from Nubia beat a strategic retreat back into the precarious black glass columns of the Labyrinth. Hopper Rose, screaming obscenities— I need to figure out what the most "Star Wars" bowdlerization of "fuck" is— couldn't stand up but was still alive when they rose out of sight, as the Krayt dragon, berserk & invincible, ran amok amidst it all. 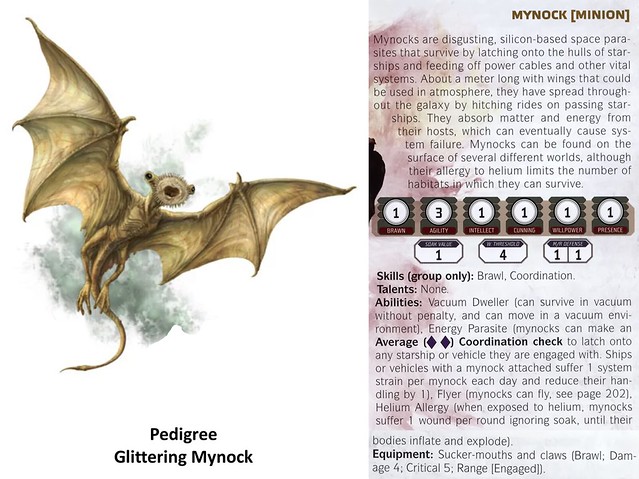 Oh-One, the Baron's majordomo, is an antique super tactical battle droid: Clone Wars era contraband with a nice patina of age. The robot explains the logic behind their gifts: after the Eclipse Day party, the Baron went shopping based on his first impressions of them. That's part of the reason Theynur doesn't have a gift, but in a way the Baron's real gift is letting Zed go, whatever that means. Also, pointedly, she got a lightsaber. Jolit, for all that parlor talk of being stabbed by lightsabers & shot at by walkers, gets a set of very old plasteel Centurion shock trooper armor. Because of his Mandalorian rivalry, the Baron got Jax Cadderly a jet pack, figuring that he might end up needing it. Last but certainly not least, for Para Totool, the finest gift of all: a glass vivarium with a beautiful, pedigree, glittering mynock, after her interest in the Mynock Fancier's Society.

Their staryacht finally back in space, Zed muses that he thinks "that thing" must be a Wound in the Force, "like Darth Nihilus was."

“But we’ll have plenty of time to talk about on the trip; once we are past the Rishi Maze it’s still a couple more jumps to Kamino.”
Collapse