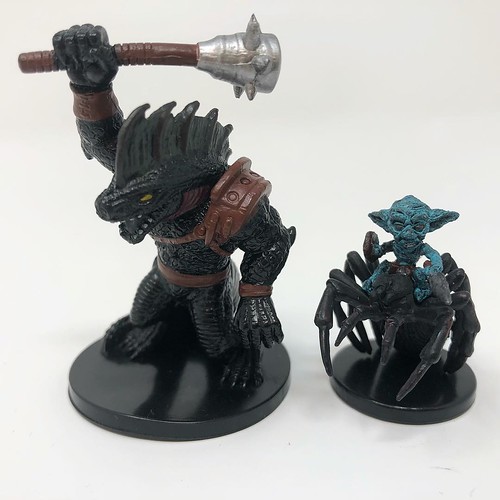 This session followed hot on the heels of last session's big battle, & was in a very real way "round two." The players have been exploring the Whorlstone Tunnels in Gracklstugh, & having captured one of their targets, the White Rabbit-esque derro errand runner Droki, defeated one of their old friends, the divinely deranged derro Buppido, & encountered a myconid twin of Ellen's elf cleric Norin, the party took a much deserved rest. I readjusted the occupants of the dungeon based on what information they had & what their mindsets' were like, & the next morning the freshly rested PCs encountered a bolstered set of enemies, & had quite the fray. All covered in mud & blood & glory, this session started with reinforcements arriving to that battle...with the players spell slots emptied, their hit points low. A radically different context to essentially the same set-up— one big fight, the whole session— that gave it a completely different tone. Suddenly it's not the PCs strategically defeating a well-balanced foe, but the PCs tactically withdrawing from a menacing threat. Same map— a vast cavern, crackling with faerzress & wild magic, littered with ruins & sand the consistency of the foot callous shavings inside of a Ped Egg, marked by a vast, albedo-less monolith, a few rusty circus carts, a set of (now broken) mushroom covered doors & a red dragon egg— but on defense, instead of offense. Golly, running Out of the Abyss is fun. 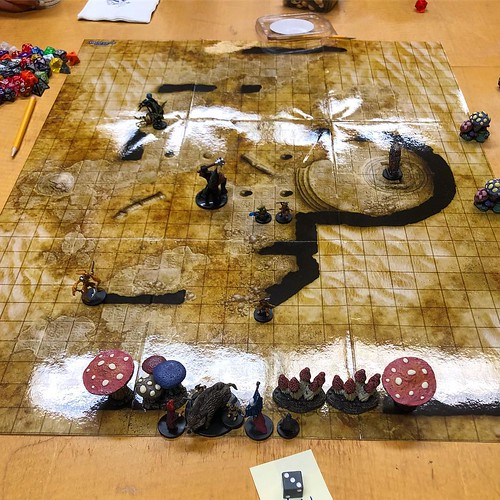 Serafin, Pritpaul's halfling ranger, ended things on a dramatic note by chewing the nose off of the face of their captive, the psychic derro savant Pliinki. She's plenty cooperative with the players after that, out of a mix of intimidation, demonic dementation...& as it turns out, determination, as she stalls long enough for the cavalry to come charging in, with only Sam's thri-kreen bard Pook'cha on his guard. Quite literally the cavalry: Narrak the screaming, naked derro cultist rides atop a furry arachnid steeder, while his minions cling to the side of a charging pickled punk boar fetus, co-joined at the neck & horrifying, supernaturally all grown up. These pig golems are gross, but the smell from the deformed, mutant kuo-toa is just a hint of what's to come. A living mass of ichthyous overgrowth, pale scabrous scales mottled with toxic tubing, runic scars, & abyssal implants. One of the fishfolk of Sloobludop, transmogrified by rituals & elixirs, hormones & steroids. Pliinki's quasit familiar is back to join the fun as well, & before you know it, they've cut Pliinki free to go full Carrie & wreck her telekinetic revenge. Imica, the drow warlock played by Jim, gently settles the red dragon egg— no small feat, as it is four feet high & weighs as much as a person—into one of the now-fallen pig-creature's carnival wagon & creates an illusory copy of it for Pook'cha. There in a nutshell is our scene: the insectoid bard runs off as a distraction, while the others struggle to push the cart with the dragon egg inside toward the formerly hidden door they broke in through. There's no "muscle" in the group, & they can't quite seem to keep up momentum, until they all decide to eat the magical Wonderland bigwig mushrooms, enlarging to twice their previous sizes, & really get moving. 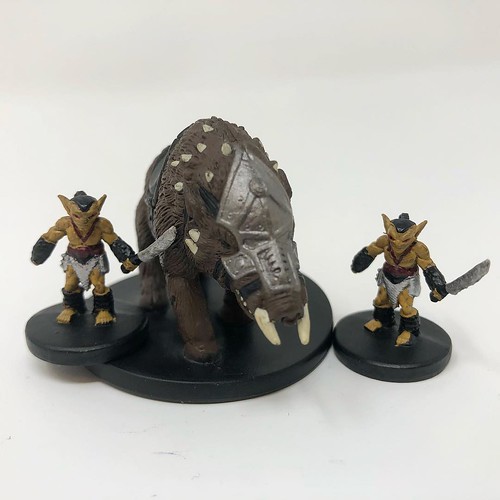 They come under heavy assault; crossbow bolts, enervating spells & psionic attacks, charging corpsegrown piggies...but the "divide & retreat" tactic seems to be working! At the door's threshold, they struggle to hold off the enormous & malformed fetal boar & its riders while themselves supernaturally embiggened: the party members at the door hack at the frame & lintel in giant form, while Pook'cha uses his magic to turn invisible & make an all out sprint for the gap. In the chaos, Droki starts slamming his skull into the glass jar over & over, trying to break free in a self-destructive frenzy, but Imica doses him with drow sleeping poison, knocking the pygmywort 'shroom-shrunken derro right out. & the plan works! Falling rocks pin the pig— though not quite killing it— as the obfuscated mantis-man leaps through, escaping while the lumbering figure of the piscine leviathan & skittering Narak are too busy looking for him elsewhere, off on a wild bughunt. The battle is touch & go at many points & by the end almost everyone ended up knocked out & failing death saves. The one crucial piece of luck is that the cleric was the last one conscious, hastened by the random metamagic of the faerzress. We end the session with everyone stable, & no one dead. They are back in the fungi-covered nub where the quasit infested passages they'd explored while reduced to miniature-sized let them out, only now their massive forms are entirely brobdingnagian to that warren of sewers, crevices & shafts by orders of magnitude. Where to next? That's what we'll find out next time! Till then, enjoy this rust monster from Adventures Outlined that I coloured in. 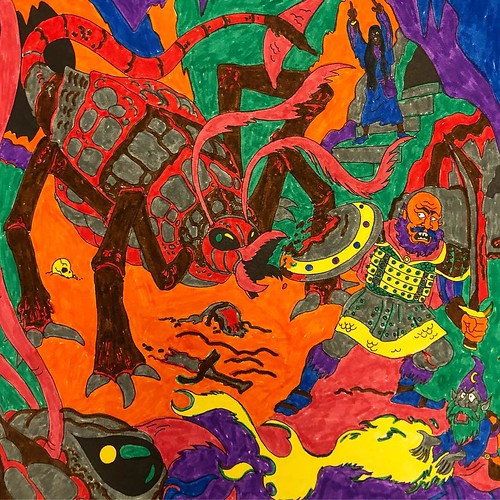