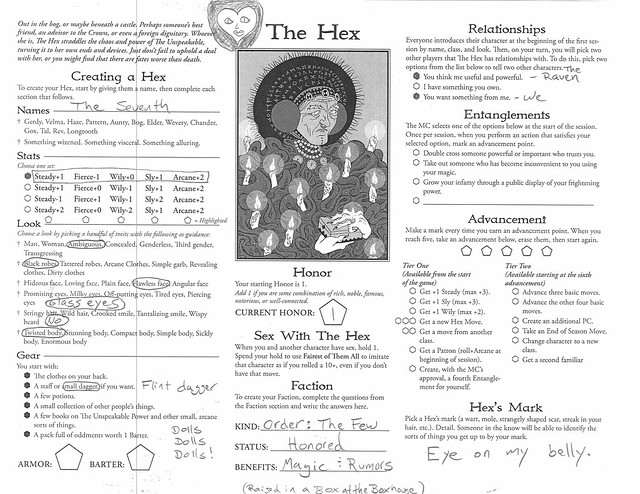 Mythology
In the beginning there was only hunger. Then the hunger bore fruit, that it might eat. This resulted in the rise of civilization, humans who picked, & harvested, & ate their fill. & because of this the hunger grew until it took root in the guts of men. & now there is never, ever enough.

Relationships
The Raven (Renata, The Spur) thinks me useful & powerful.
We (Christine, The Beloved) wants something from me.
I've seen Bear (Ruoxi, The Gauntlet) carry through on a well-deserved threat.
The Seventh saw Bear eat somebody.
I need Luv (Esther, The Bloodletter) to keep someone I care about alive.
The Ninth needs insulin.
Gold Ribbon is a royal courtesan NPC (Carl, Master of Ceremonies).
The Seventh is in love with her...as, apparently, is Aunt-Regent Virtue. 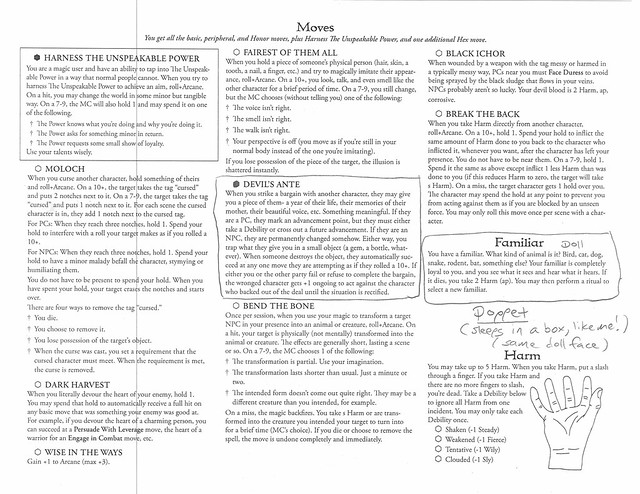