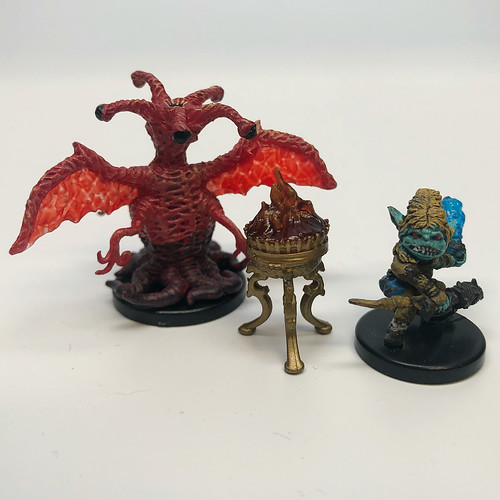 I'm feeling pretty good about the challenge level of my game! Out of the Abyss is my first Fifth Edition campaign & uh, honestly I don't really believe in "balanced encounters" except for in the broad sense that I don't want to accidentally "one hit kill" somebody. Which, ha, funny story about that...but I'm getting ahead of myself. After last session, the party was in a cul-de-sac of the Whorlstone Tunnels, looking to try to rest. I made some appropriately maniacal cackling, but I knew what I had to do. The perks of running in a real "dungeon" environment like this is that it's a closed system. For once, the Player Characters can't just go anywhere, because they are trapped in a dungeon, & the same is true for the Non-Player Characters. I run very active NPCs, both reactive & proactive; heck, my NPCs have always been notorious for doing things when the PCs aren't around. The world gets up to stuff, even when you aren't there to see it: I know, because I'm the Dungeon Master! So all I had to do was think about what information the creatures, critters & cultists in the Tunnels have about the adventurers, & then figure out what those subterranean creeps are going to do about it. Then from there it is blind watchmaker time; just let the characters loose & see how their choices & the dice rolls turn out. Well, alright, there's a little more finessing than that; as the DM I want the monsters to make in-character decisions without metagame knowledge, but I want those decisions to be narratively interesting, as well. So it is a triangle, balanced between Optimal, Plausible & Interesting. & I balanced it all while almost but not quite killing them, mostly thanks to their own pluck & ultraviolence; the spice of life!

We're still in "Dungeon Time," which means the plot doesn't crawl by quite as quickly, but on the flipside of that, the "game" aspect of it is exercised a lot more. D&D 5e has pretty fun combat mechanics, & I want to give the players a chance to try out all of their character's quirky powers or mix & match their new spells from time to time. It's the old GNS tension between "narrative & game" that I think teases out into a good story. As they make camp, Droki stays in the jar & the party sets up a few trip wires, with the elves splitting watches, as their otherworldly minds don't sleep, but just slip into trances. Overnight, the sounds of great, squeaky wheels & the horrid, wafting stench of some kind of over-ripe piscine stinker are sensed by Ellen's character Norin— the wood elf cleric who has had her fundamental sense of self questioned, grown a beard, & now wears a hat made out of a dead displacer beast— along with the rattle of chains & the occasional bestial grunt, but they all remain hidden, & the night passes...uneventfully! Well. Well, other than the drow warlock Imica, played by Jim, whose pactblade shines with the silvery words of his faerie paetron, the outcast daughter of Lolth. She warns of "Powers on the loose," written in starlight letters & strange cadences, an immortal casually lost in the eons, delicate script fading from his sword. All in all, a successful long rest! Healing commences, prayers are replenished, spells re-memorized, &c. Thus emboldened by fresh faces, the combined strength of the surprisingly robust halfling ranger Pritpaul plays, Serafin & the multiple limbs of Sam's polymath insectoid thri-kreen bard Pook'cha is able to force open the forgotten, mushroom-covered "secret" door that lay hidden behind their resting spot, shattering the crossbeam with a loud "crack!" 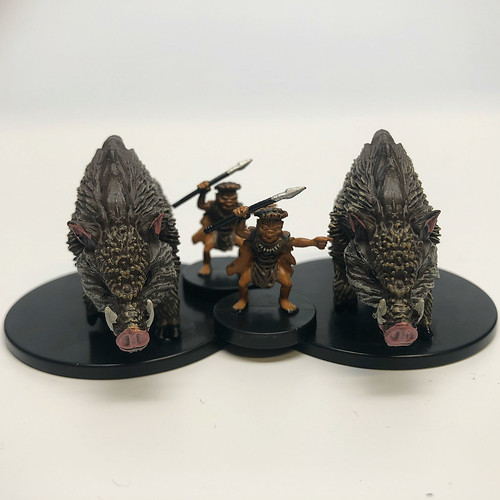 The ground they have been trudging across & through in these lower tunnels is extra soft, extra fine, almost grit-less, like a sand of exfoliated skin; here, beyond the door, it gets dirty, littered with sea shells, spark plugs, bigs of rock or bone— all kinds of junk. Also ruins: long, fallen walls funneling up to a tall, tall ceiling...where sparkling, flickering faerzress coruscates & crackles as random meta-elemental forces twist the very weave of the universe. That's right: it is a wild surge zone! These ruins— with a plinth of albedo-less black sticking up from the middle, in mimicry of the oddly dense black chunk of "metal" they found in Droki's possession— are twisted by the paradoxically chthonic & supernal magical chaos. They are attacked quickly, the sound of the breaking crossbar having given their entry away: a horrifying, multi-eyed thing, perhaps some winged & deformed beholderkin judging by the unhappy assortment of eyebeams it begins shooting, & a deranged derro savant who begins to blink about, raining psychic lightning bolts & miniature prismatic orbs down upon them. They are reinforced shortly thereafter by giant cannibal pigs, their heads having been surgically swapped: crude stitches & all made possible by the infinitive improbabilities faerzress. To use a little Fourth Edition parlance, the combination of a controller, a striker & a couple of tanks is nothing to sneeze at. The pigs are let loose from the rusted, blood-spattered circus cages they'd been penned in by a pair of hardscrabble derro who then flee; must be the same wheeled contraptions Norin heard passing by in the night. One of the diminutive, capering demons from the drainage tunnels is there as well, but it promptly turns invisible & isn't seen from again. I'm really rather proud of the way the fight turned out, from there.

Like I was saying, I'm not a big believer in "game balance." I'm not here to do slow math or run a craps table. Sometimes you just shouldn't fight the proverbial red dragon...but I'm not looking to TPK the group on accident, either. For this encounter, I just cleaved to the internal logic of the dungeon & hoped that things wouldn't end up too lopsided...& between a rested party & a bolstered enemy, it was pretty perfect. Almost all of the PCs dropped at some point, & there was all the fun of counting through death saves & everything. We even had a comical "dice on the loose!" moment with a d20 in a teacup, which I declared a legal roll for fitting the Alice in Wonderland theme. Several unexpected side-effects from the wild magic, too, including Norin turning permanently blue, & another fireball; we're not sure what the "massive damage" rules are in this edition, but there is a suspicion Pook'cha might have technically died if we did. (There's always going to be a part of me who is just the magic-user who fills up all of their first level slots with Nahal's reckless dweomer, you know?) Victorious, they manage to capture the derro savant, & in the course of interrogating her...Serafin bites off her nose.

It's not the first time we've seen Serafin eating someone; he even had some of Buppido's cannibal chili. So it's like that. Just chews it up & swallows & hey, will you look at that— with these psychopathic zealots, you never know what is going to work, & anthropophaginian brutality at least gets her talking to them like peers, instead of prey. Up close, they observe that the ultra-black menhir that Droki called The Thing is actually flawed: chipped & cracked. It sizzles with power, & anyone with the vaguest connection to the arcane can feel lacunae within it, a vacuum eager to be fed spell slots.  The savant, Pliinki, is carrying a journal with a list of random objects in it, along with an ancient elven coin...that's listed as the last item in the book. In a massive brazier of coals, three feet tall & hundreds of pounds, is a literal red dragon egg, ritual sigils & circles tying it to the fuliginous monolith. Mysterious! Pliinki bloodily tells them there's...a dumping ground, for the bodies that get...re-animated by the faerzress? That doesn't sound good. Noseless, she makes a few rhetorical flourishes about the oppression of the duergar, as well, but mostly she almost seems to be stalling for time...as the re-reinforcements her quasit familiar went to summon arrive! 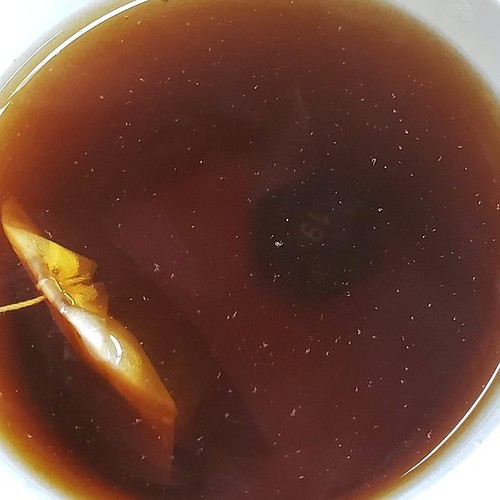