Player Characters are truly rara avis. I thought I was still in the part of my Out of the Abyss story arc where I was leaving breadcrumbs, dangling hooks & putting Chekhov's guns up everywhere for some long-term plot lines, but I've had to escalate matters on one of my PC's threads, after advancing an Non-Player Character's backstory & causing a domino effect. It's funny; if you build a puzzlebox world & set up enough internally consistent rules...your players will eventually exploit the clockwork in ways you didn't expect but absolutely make sense. They'll also inevitably throw a monkeywrench in the gears at some point but I'm getting ahead of my story. It became the story of The Derendils & Norin, but it started quite differently, & with plenty of drama, besides. 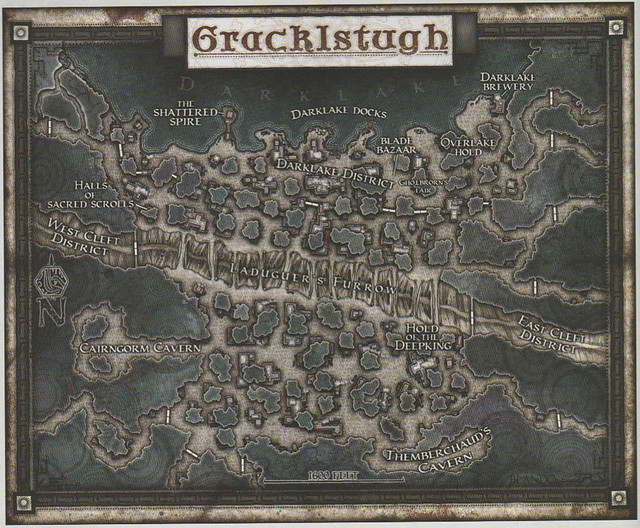 The last session we played, separated in history by the holiday season & a wedding, ended with the players in Gracklstugh, non-lethally defeating a seemingly random two-headed giant with the help of some local duergar & a mixture of distraction & heavy blows to the head(s)...one mutated, incoherent with rage, the other seeming to silently be pleading for help. After taking him down, they were converged upon by a host of now-visible grey dwarves-- here, in the dark hollow center of the world, they are the Underdark's police state, with slave-stoked forges always clanking-- & another stone giant, like Easter Island's moai climbed out of the ground & clad in regalia made from scales of semi-precious stones.

The party splits into delegates to meet the emerging factions: Pook'cha the insectoid bard Sam plays goes to meet the dwarf in red dragonscale armor who is accompanied by pupiless-eyed mindthralls, random duergar passerby's psionically enslaved as an entourage: Gartokkar, the Firekeeper, agent of Themberchaud, the red dragon Wrymsmith. Imica, Jim's drow warlock, talks to Stonespeaker Hgraam of the Cairngorm stone giants. Serafin, the halfling ranger played by Pritpaul, addresses the Stone Guard, sent by Errde Blackskull, who answers directly to Deepking Horgar Steelshadow V. The wood elf cleric Norin that Ellen plays keeps her ears on all of the conversations, crashing Serafin's at the end when the Stone Guard police reveal that they have their friends in custody.

Negotiations with the stone giant clanlord Hgraam are easiest. He is pleased they did not kill Rahuud, & while he does not know what is going on but when they are done with all the "politics" he wants them to come speak to him. The other two factions...well, the psychic grey dwarf in incarnadine scales, Gartokkar says the dragon wishes to speak to the party immediately, & the players reasonably are cautious of offending a dragon. The tombstone-shielded Stone Guard are here to escort the players to their captain & try to use the fact that they have the party's friends imprisoned as leverage. Our heroes attempt somewhat successfully to mollify the guards but elect to seek out the dragon, first. Off down the proverbial yellowbrick road they go! 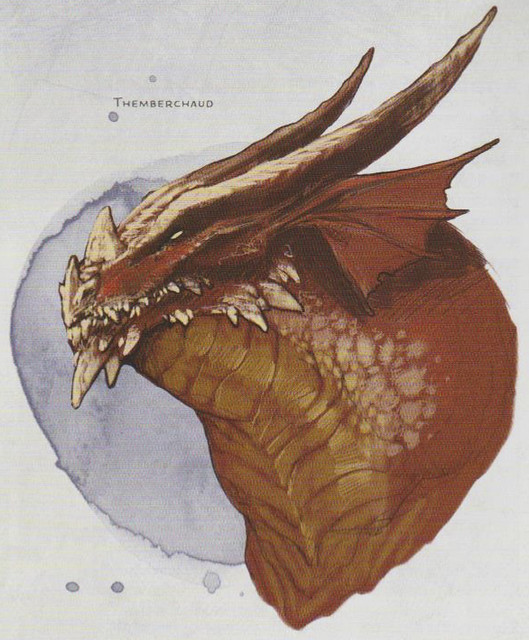 Or I should say "scarlet," as I pull out a cheesy trick from my new SFX toy. We got some smart lightbulbs that can project in different colours, so upon entering the lair of the red dragon, through increasingly complex Wonka factory doors, I switched them all to red light, gave the scene a real 80s fur n' fantasy feel. I'd used a similar trick in Oubliette long ago with a friends weird bathroom light fixture & the red planet RAM. Lighting techs, I know you do important work! The dragon is huge, an obese adult sitting on a pile of treasure & bones. Themberchaud, the Wyrmsmith & since I'm going method I drape myself languidly across the couch while I roleplay him. Long story short? He wants them to spy on everyone for him, including his own Firekeepers, & report back. The dragon can't understand anything like the idea of "peers," so the party nominates Pook'cha as the Master & the rest of them as his Thralls; Themberchaud rewards him with a set of the dragonscale armor of a Firekeeper, which seethes as if still remembering life, supernaturally adjusting to his six-limbed body...though he is not proficient.

The Stone Guard are headquartered in Overlake Hold-- I keep saying "Overhold Lake" on accident-- a stalactite carved into a massive military installation. The Deepking's home away from home, & a prison & a fortress besides. Errde Blackskull is the head of the Guard, & on the way to meet her, something curious happens. An imprisoned duergar runs up to the bars of his cell, pleading: "you must help me, my name is Derendil, an evil wizard polymorphed me into this wreched form..." which is surprising to the PCs, as...that's the quaggoth NPC Derendil's backstory as a "polymorphed elf prince." Huh. Errde wants the player to "find Droki," a derro of ill-repute, which is odd, because that's what the Firekeepers asked the players to do, too. She's willing to temporarily sponsor one of them as a member of her clan so they can move about the city freely, giving Norin a belt of dwarvenkind decoratively embossed with a bearded skull as token of her Official Dwarf Status. The PCs negotiate their friend's release, & in a surprising turn of events, ask if they can buy the duergar "Derendil" as a slave. This being Gracklstugh, the answer is, of course, yes. 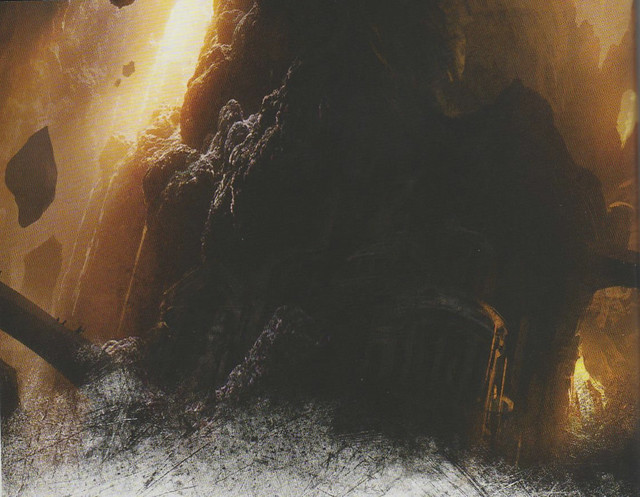 Gracklstugh is great. More than a few times I stopped & laughed & said to my players, "this stupid evil dwarf city is fabulous." It's such an awful place, but after the horror of the wilds of the Underdark, the temptation of autocracy is strong. I mean, if you just follow the rules, you'll probably be fine? Maybe? Not to mention that the grey dwarves are stoically awful, but just rational enough to not be written off entirely. It is a special kind of bullshit. Leaving the Stone Guard, the players decide to regroup. Jimjar had been arrested for owning a deck of cards, & is pissed that the players seem exasperated with him; he covered for (the original) Derendil to escape with Stool! Ront was attacked by the drow, &...Topsy was in for graffiti? Last seen as a wererat, were-Topsy apparently carved "DON'T LET HER KILL ME" into the wall of the inn. Gnome-Topsy, on the other hand, is all about getting that curse broken. She & her brother had been bitten as children & the curse broken before, so it is strange it would manifest again.

"Turns out, I brought a D&D manual to a Paranoia game." -Ellen

The players decide to try to press the identity issue with the two Derendils. Frankly, they threw a curveball at me by freeing the dwarven Derendil, but that's the nice thing about a coherent story arc; I know what the master plan is. With the duergar Derendil, confronting him about the matter, bringing up the duplication...seems to keep resulting in brain aneurisms, as "Derendil" starts hemorrhaging from the eyes, nose, ears. The bestial quaggoth Derendil flies into a berserk rage when the other Derendil is shown to him, when his backstory is questioned...the PCs cast sleep & keep him in hand but they decide that the Derendils should go to the priests of Laduguer, the Toiler, with Topsy. The temple is a cave supported by golden pillars carved with ancient runic tales of legendary labours, & the greedy priest mildly overcharge-- duergar!-- for their spells. Topsy's curse is broken, but after paying a consulting fee, the priest tell them that they've actually been having an endemic problem with personality psychosis, of these delusional "Derendils" & "Norins."

At which point Ellen, who plays the PC Norin, goes, "wait what?"
Collapse