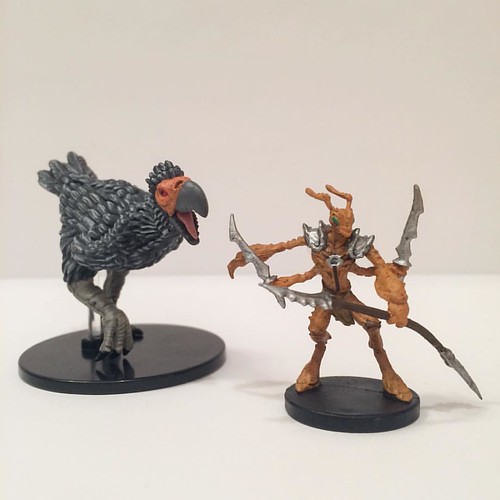 Monday is an odd night for a game, but why stick to a Thursday schedule if it means you have to keep rescheduling? No thanks, Sam-I-Am! Last session saw our Underdark exiles dock at the grey dwarf city of Gracklstugh, The City of Blades! Sam calls it "Lawful Evil," & that's about right, but after the constant menace & dangers of the Underdark wilds & the destruction of the destruction of Sloobludop, the fish-person kuo-toa town, by Demogorgon, civilization is a refreshing change of pace. It's a city: you can buy a beer, you don't have to worry about being part of the food chain...you can escape the bottom of Maslow's Hierarchy for a moment, before being confronted by the higher anxieties. Lit by burning natural gas fracked by dragon-heated water, fueled by the crude black blood of the earth, patrolled by invisible guards...other than being confronted with reality face to face when they went to the slave pens to see if their missing friends had turned up there, they can almost feel safe in Gracklstugh, as long as they never relax about obsessively following the rules, never slip up, never fall prey to corrupt officials...

But there's shopping. I've long felt like this is a core part of the DnD experience that gets left out of those essays in the Dungeon Master's Guide. Sure, combat, sure exploration, but don't underestimate the sublime joy of deciding if you are going to sell off the set of fine clothes you looted or if you want to save them in case you need a disguise down the line. Did you know handcrossbows cost 75 gp? Well if you are in one of the hollow earth's biggest weapon markets, you can definitely find somebody to buy that stuff at half-price, turn those hand-me-downs into arms for grimlocks or skum or somebody who doesn't care about second-hand drow wares. Which-- speaking of-- selling the dark elf gear alerts local gossips, & the party is spotted by Asha Vandree, the junior priestess from Velkynelve, the outpost where the party first escaped from being slaves of the drow. They evade her, pull a Keyser Soze, vanish into the crowds, & head to the slave pens...where they elect not to buy a pair of deep gnome children being separated from their parents nor to buy them & pay more to house them with their parents as "apprentices," not understanding the economics involved & not knowing how to actually help, as they themselves are escaped slaves struggling to survive. Welcome to the Underdark. 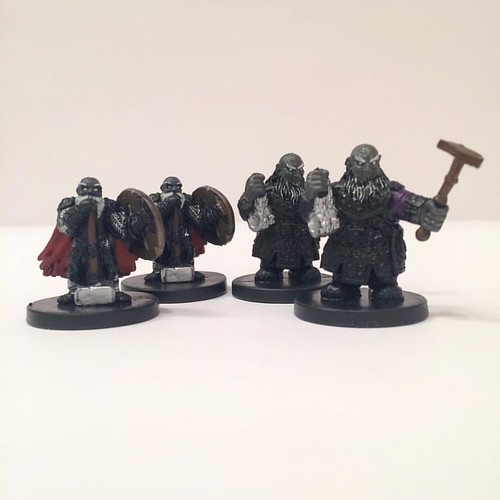 Some of the merchants are acting hinky, the normally stoic duergar turning invisible at random, mid-sales pitch, or speaking to thin air without reply; either they are erratic, or their silent invisible friend is! (Or maybe psychic.) The derro, eh, they are always crazy. Creepy derro friend Buppido bids his farewell like an addict craving a fix. There's a new goofy little derro in an odd floppy hat hanging around, there's the ubiquitous but unspoken "no haggling" law of the grey dwarves that must be negotiated, the ever-present possibility of invisible eavesdroppers, but eventually they meet with Ylsa Henstak, a high ranking member of a merchant clan-- the dwarves advertise their family affiliation with large belts, or girdles-- who works with the xarron. What's a xarron? You know, dwarves with "firelances" like muskets & pistols of course! Welcome to Mordicai's campaign: you get the Underdark & Demon Princes but also firearms & a chocobo, as Jimjar wins a ranger's animal companion for Seraphin, an axe beak. Am I not a benevolent god? Ylsa's deal with the party is this: she hands them 80 gp in assorted coinage...mostly contemporary surface coinage: Cormyr's falcons & lions, Waterdhavian toals, Silver March moons, etc. Three rings worth 25 gp, each bearing the crests of the Wizards of Thay, an evil topside magocracy. Two gem necklaces in neo-Netherese style encrusted with 250 gp worth of jewels, clearly from the recent planar conjunction. It is their payment & their quest, as the derro have been paying for things with these surface goods, & Ylsa wants to know where they are coming from, before the city's third class citizens can destabilize the economy.

Then a two-headed giant kicked in a wall & everyone got brawling! 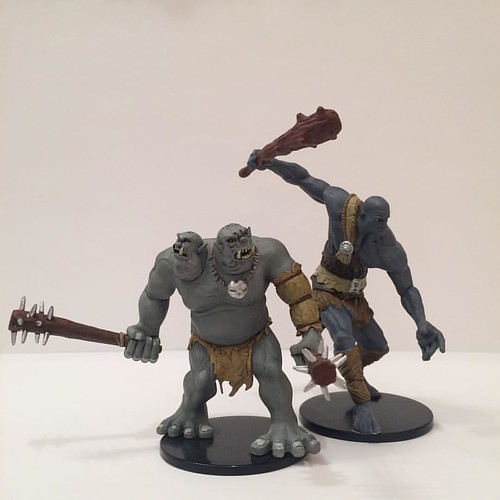