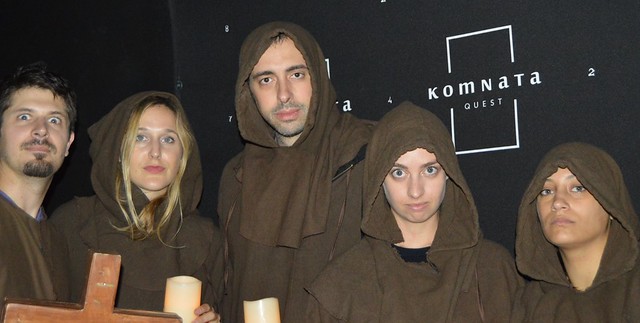 Sunday we did an Escape the Room for Nicole's birthday; Inquisition themed! Apparently these folks are franchised from Russia, & they were talking about some of the games that they can't run in America...but I digress. Monk robes! Separate cells! I was in a stockade! & we got out in thirty minutes. There were two "clues" given to us that we didn't need, but I think the person running it was worried we were going to start tearing up floorboards & ripping down walls at one point. No need to fret, we were just checking for secret passages, we weren't going to get aggressive, but the person running it & watching us on spy cam didn't know that. It was also Elly's going away! Or almost, I ended up getting lunch with her & Nicole & Luke the day she actually left. So! Escape the Room, I did that.

Part of a bunch of busy town times! Saw our author Kai Ashante Wilson read & watched him burn the house down. Had a work meet-up & was present only for the flicker of a candle before coming home for the Dating Naked finale, & the last TV Night before Lilly has her baby. Saw Jenny Hval in concert with Jennifer & Liz, & her opener serpentwithfeet was great. Played D&D & Deadlands. Saw Leigh & the Duffs & a bunch of people from the wedding, which was cool, since they were interesting folks. I didn't get as much of a chance to talk to Leigh as I would have liked, but made up for it by hanging out with Ross & catching up with Lisa & Tristan. So that's life; Jennifer has been in Europe a lot lately & my social calendar & work calendar have been crowded. Also, I've got a bit of a stomach ache right now. 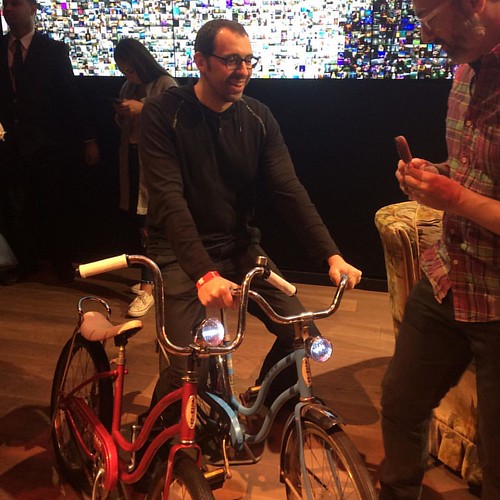