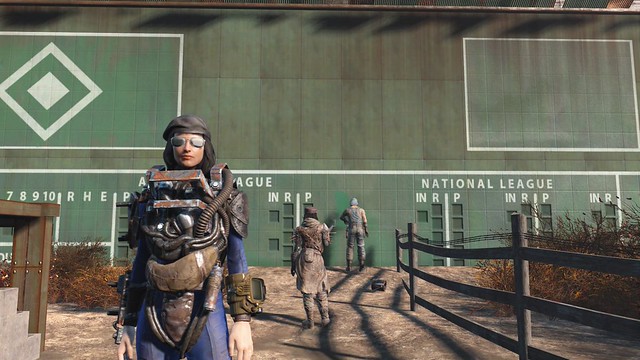 Not a lot of replay value to Fallout IV, but I liked it. Most notably, the "morality" of the game is based on who you hang out with. Not in a banal "the good guy is a drip" way, either-- my favorite NPC of the game was Piper, the journalist, because she fit my video game ethics. Of course I will help everyone, I came here to play a game so the more quests the merrier...but I am also going to break in everywhere & snoop for easter eggs or rare stuff, obviously. Played a melee character with a high Charisma, because I always play high Charisma. Give me all the chat options, please. Red Rocket was my main base of operations, I married Piper, befriended everyone except Strong & the mercenary from California, who I sent to some settlement that I can't remember. Did all the DLCs, sided with the Railroad, & favoured gear that gave me a statistical boost. Ended up in the 70s after killing all of the raiders in Nuka-World. I did that quest right up until they wanted to expand, & then I butchered the bandit scum. 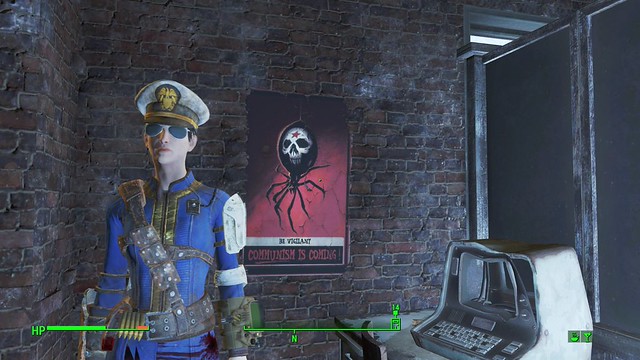 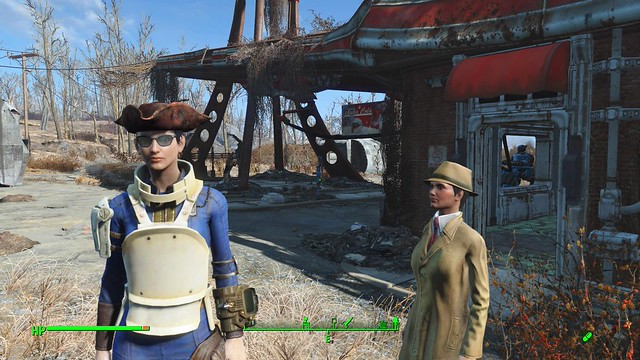 Hancock was pretty great, Nick is cool...Jocelyn & Brian played with Deacon last & armoured him up so they didn't get to see what a hilarious weirdo he was. They also wore the Silver Shroud gear most of the game, which I think is fun. Me, you know how I do, I was a crafter. I repped the Vault: painted up my power armor the same, dressed my companion Curie in a yellow trench coat like the Vault-Tec Rep, got Piper in my old 111 blues. Matt came over a few times & messed around on a character, getting as far as Diamond City. It's funny to see how much more of a sarcastic jerk he is than I am; I'm either inquisitive or friendly, pretty much as a rule. I feel like that describes the tenor of the four chat directions, clockwise from the top: curious, mean, nice, & skeptical. I can see how Kingtycoon can wander around on Survival mode. Me, I think a little more complex procedurally generated worldbuilding development & I'll be interested. Skyrim was the first time the emergent complexity of these games hooked me, & I wonder when that will dovetail into the elegant design ethos of Dark Souls & Bloodborne; the Chalice Dungeons show that they are co-evolving... 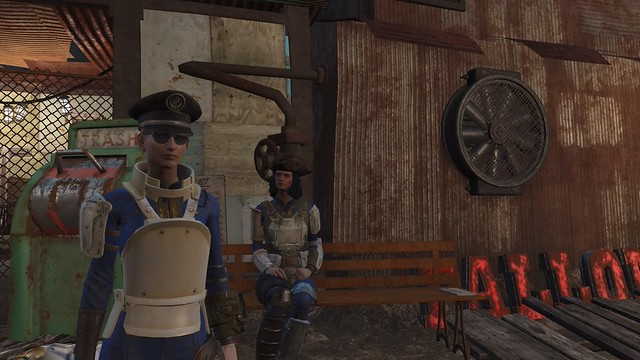