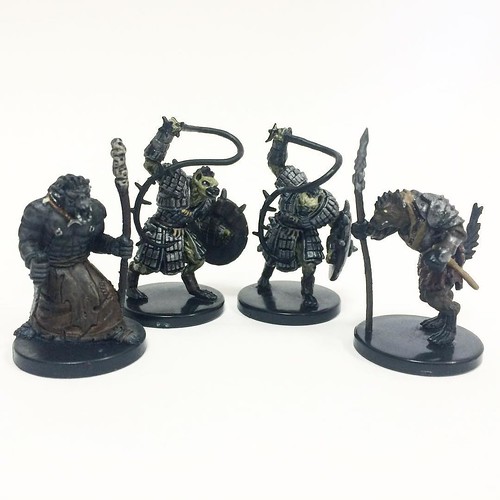 I've been lazy about recaps lately-- see also my last Oubliette twofer-- but that's not too bad because not that much narrative-wise happened in the last session of Out of the Abyss, as it was a more survival-exploration themed session. Previously the party escaped the drow, & were thrust out into the black chasms of the Underdark, fleeing with looted drow weapons...but no supplies. We had a little bit of "extreme survival" play, with the party scrambling for food, water, shelter, tools...& where to go. Off to the Kuo-Toa settlement of Sloobludop ("Sloop-du-bloop" is how I end up burbling it more often than not) & from there to Neverlight Grove, where the myconids live. That's the plan, at least, & surviving a grell & sneaking past a carrion crawler with a saddle on its back, they find enough of the underworld's odd fungi-- barrelstalks & fire lichen & trillimac-- to keep going. Sleeping in the dark, pawing along tunnels-- really only the halfling is blind in the forevernight-- they come to flooded caverns. They encountered a cackle of gnolls chasing two extra-large purple panthers with wriggling tentacles on their back-- the collective noun for hyenas is a "cackle," how great is that?-- & rather than parlay, battle was joined. "Ha ha ha, Yeenoghu!" they laugh & screech, as they players cut them down. Just beyond these caves is an abandoned shrine, & beyond that, their destination of Sloobludop...but of course, erupting from sarcophagi in the temple are wailing spectres! From within, a plaintive & feminine voice in their minds begs them to free her from the darkness...which is where we'll pick up tonight. A truncated summary but there you have it! 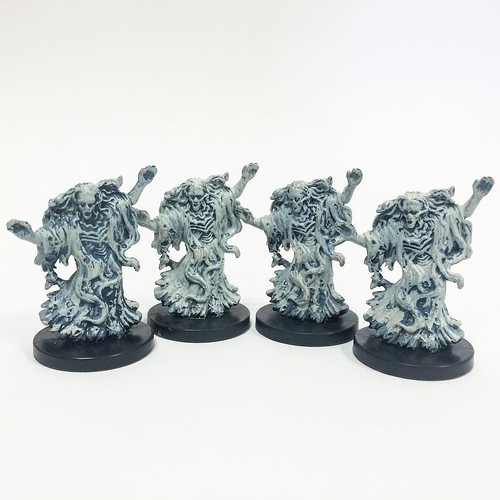