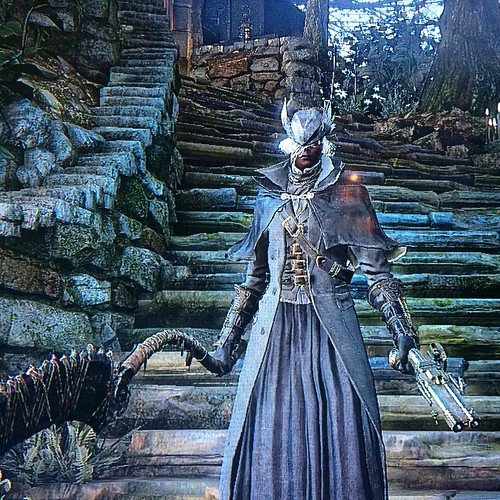 I beat Bloodborne the other day. It's not Dark Souls, but that's part of the appeal; by not being Dark Souls, they got to experiment with ideas. Over-all, I think the game is not fully baked, but it's promising & there are lessons to be learned. When they did the network stress test for Dark Souls III, the tl;dr of it was "Bloodborne with shields" & frankly, I liked the way Bloodborne moved. Darting over rolling, different weapon move-sets thereby...which reminds me, last night I was daydreaming about being able to select move-sets for a weapon, as in a fighting style. Yet another theoretical layer of complexity! Anyhow, here are some random thoughts while I wait for Jennifer to get out of the shower.

So Dark Souls is their "Undead" or vampire game. Bloodborne is their "Beast" or werewolf game. Sort of true, from a certain perspective. Lots of things I'm so-so on; I think summoning signs are better than bells, but that's just opinion, & I think the Messengers in Bloodborne are a bit too intrusive. That's opinion but not arbitrary preference. I think armor weight is a fun bit of cruft, but I also appreciate simplifying it out of the game. Guns...listen, if you like the guns, more power to you, but I want a real shield. (Of course, what I actually want is a Sorcerer's version of the Disc Chime, a shield that casts spells on L2.) Again just preference; if gun was an alternate option for Dark Souls III, I'd be fine. Speaking of, the torch is much more useful here. Still not quite there, but getting closer!

Here's how I'd fix Chalice Dungeons: that's how you would get key item sets. It would be say, the tomb of Black Iron Tarkas or the shrine of Solaire or Logan's Library & you would dig through the ruins & each level you'd get their signature spell or miracle, or unique weapon or shield, or armor set piece. Doesn't that sound roughly a thousand times more fun than these generic dungeons with generic bloodstones? Maybe I'm still missing the point of the dungeons, though? Like I said, I just finished my first playthrough; on number two, I'm only up through the Cathedral Ward. Second run-through I start looking at wikis, so I'll do more of everything this time. Maybe I'll figure out what those stupid chalices are actually for. 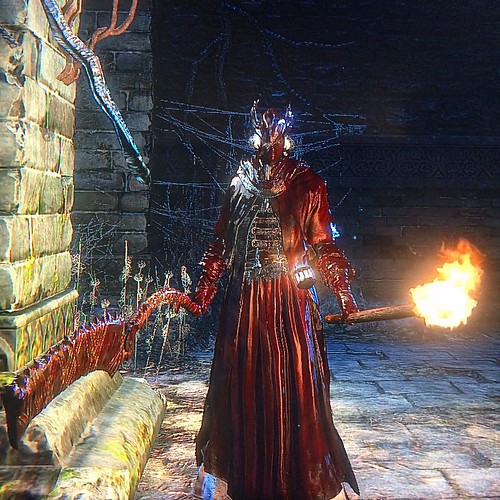