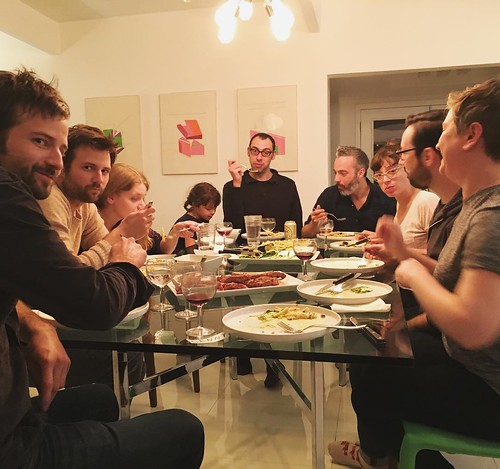 Like with our Arctic trip, I'm just going to start rattling off the cuff about my last trip & see where it goes, because if I think about composing my thoughts, I'll lose it in the shuffle or procrastinate & it will never get posted. So here we go with the stream of consciousness, this time about our combination #duffiak wedding plus holiday trip to Palm Springs. Overall, it was a great trip. It made me want to be better friends with Leigh again, & it was nice to see Theresa; her daughter Peyton is like a grown person now. After that we continued our made-family tradition of Xmas with David & Libby, & Kira, Nino & Olivia. Now I've got some time post-vacation to adjust to the real world: a perk of publishing. (Photo above is by Jennifer.) 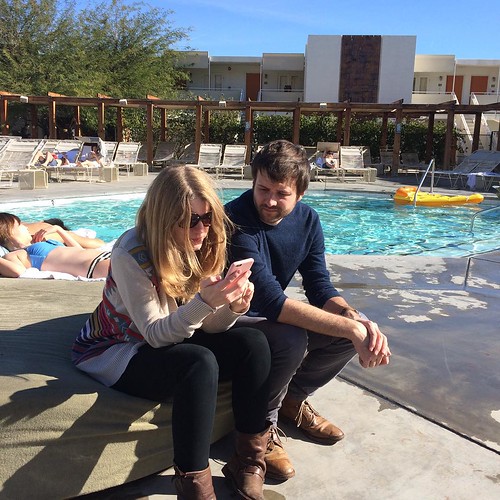 The first night we got to Palm Springs-- "we" in this case being the tribe, me, Jennifer, Kira, Nino, Olivia-- we stayed at the Ace Hotel. Palm Springs is a strange place-- an artificial oasis in the desert. It bothers me less than say, Phoenix, because at least being in the desert is important to Palm Springs, is a feature of the resort town, rather than just raw wasteful defiance of nature. It's a luxury, not a subsidy. Or at least, in theory. The mountains were pretty, out there on the horizon breaking the clouds. A neat place. The Ace is the Ace; the contrived hipsterdom of it was comforting, a good middle place to ease into Palm Springsing. Plus, there was the first-of-many gas fire pits, & that was cozy as heck. We met up with Leigh & Ross there, plus her brother Nestor Newt & her parents; her dad was my 8th grade math teacher. 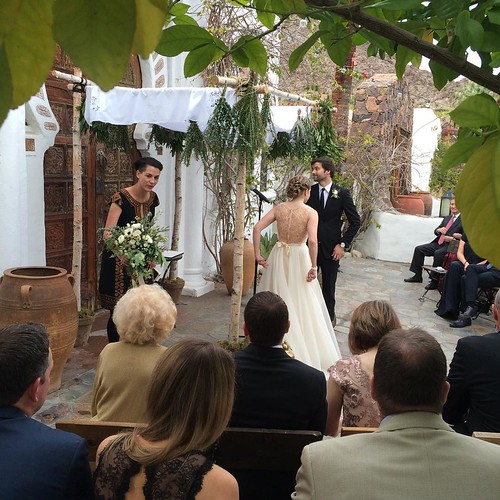 Then we went over to the Korakia Pensione, which Leigh & Ross had rented out, entirely. Both sides of the road, two pools (heated to 90° F), multiple fire pits, some just coming out of the ground. The evening & night weather of Palm Springs makes a fire pit the perfect place to cozy up around; the daytime & evening weather of Palm Springs makes a warm pool the perfect place to laze about in. Olivia spent all of her time swimming; I spent a fair amount of my own. I wasn't in either the bachelor or bachelorette parties, so I had plenty of time to spend in the space. Lisa & I paled around one day. Nino & I were buds a bunch. The place itself is hard to describe; sand everywhere, but constantly raked. Lots of water features & lots of beds everywhere outdoors. Orange water & orange trees. 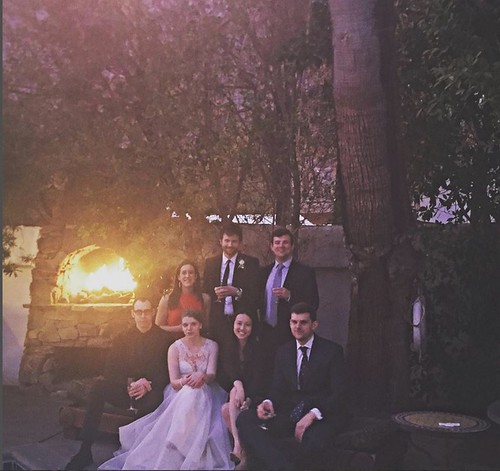 The wedding was pretty great. Jennifer did a great job officiating. There was a lot of crypto-Quaker & Judaism in in. Leigh seemed really happy. Ross looked very dapper. There was a big marriage contract designed by Phil that we all got to sign. I have a horrible signature but don't know what to do about it. Because of the nature of the Korakia-- a maze of suites & bungalows-- & the event, the friend's groups had bended & immediately after the ceremony we were circulating. Like I said, a good wedding. Then came the toasts, which were the highlights, to my mind. The North Carolina-Ohio connection made the Wilbur Wright quote poignant, & a twin who is a professional writer can really bring his A-game. We danced the Hora, got temporary tattoos, had shots of Becherovka & Jennifer & I ended the night the last ones awake, night swimming. Well, besides the maniacs who went off to the casino, I guess. (Above photo stolen from Leigh, but original source unknown.) 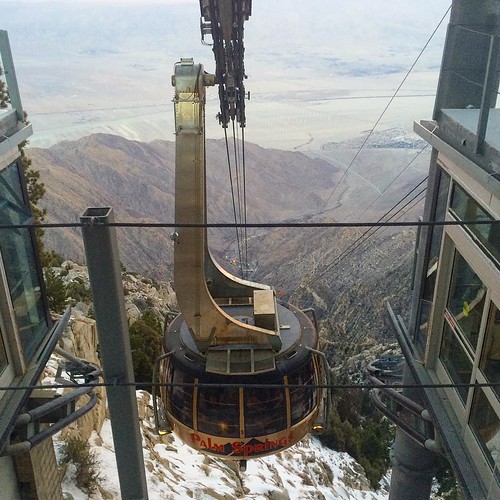 The bachelorette party had gone up "the tram" on their night out, & while I wasn't sure what it entailed, it was the thing that I was most jealous of (for the boys, it was laser tag). Since they'd gone up at night & really liked it, we decided to go up again during the day with Olivia, Nino & Kira (who'd gone too). It was actually a hassle & an adventure, with delays & parking & shuttles & detours. We went to In-N-Out since we'd had to buy a ticket for later-- didn't know about the secret menu, thought it was fairly comperable to Shake Shack but not in quality, but so cheap-- & had to race to get back. Made it, & went up 8,500 ft. to the top of the mountain where Jennifer & I went on a wintery hike for a mile & a half. Pretty cool place, though there was a pushy dude who got my hackles up. 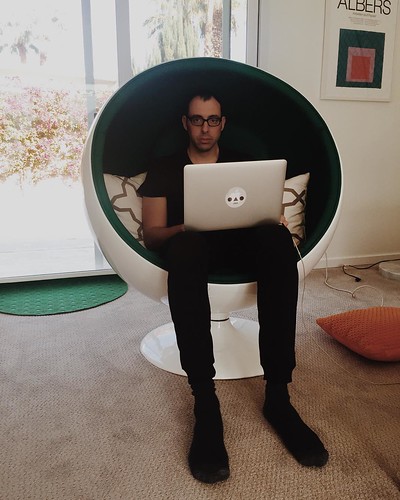 After that, we went to the ultra-modernist house where we were spending #MCMXMAS with David & Libby. Note: not the best hashtag, as "Mid-Century Modern X-mas" is apparently a fairly popular thought. The house we stayed at was nice but could have done with another bathroom. Again, a natural gas fire pit, which was good because haunting the fire pit is kind of my M.O. You can kick the boy out of the Boy Scouts, but you can't kick the Boy Scouts out of the boy, & that's for sure. The pool was only 88° F, but Olivia stayed in forever anyhow. Leigh & Ross & Matt dropped by on Xmas for dinner, as well; we didn't have a whole "thing" for the holiday, no gifts, letting the vacation itself be the main celebration. (Photo above by Libby.) 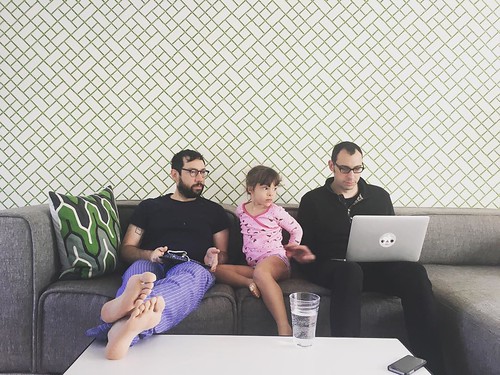