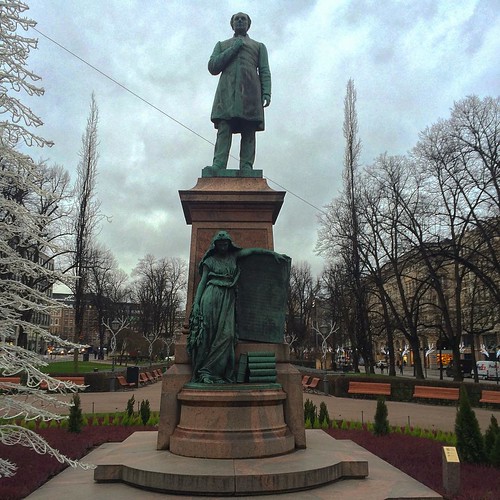 I'm not going to over-think writing up this summary of my trip, because obviously it's a Sisyphean task. I'm just going to start writing & see what happens. For instance: Helsinki reminds me of Cleveland. It's not very old, it's kept up much better-- things are less abandoned, less fallen splendour-- but it has a similar decommissioned industrial & port feel. I never really clicked with the city, though. I enjoyed the Amos Anderson museum a great deal & our last dinner at Kombo was really great, & I had a nice time there, marked out a few other spots, but didn't settle in. In part because I don't like liminal places. I like being at end-spots. I don't mind living out of a suitcase, & the glass igloo of the Arctic was quite comfortable, but we used the apartment we were staying at in Helsinki as a staging area, with bags half-unpacked, & for whatever reason that stresses me out. As does jetlag on my insomnia. I had two rough bits-- the first morning we arrived in Helsinki & on the boatride over to Estonia-- but otherwise I felt pretty good, though my appetite was spotty. 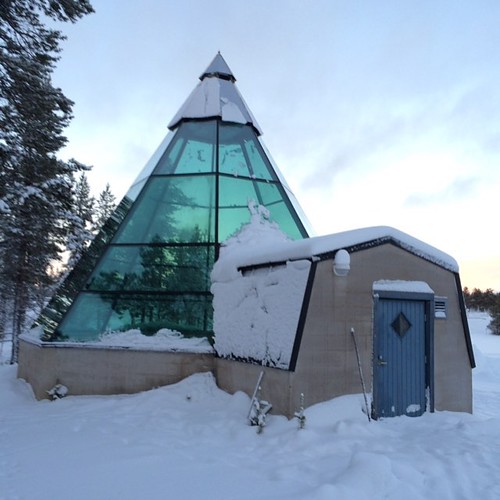 We flew straight from New York to Finland, with a stopover in Iceland to pass through passport control. The place we stayed in Helsinki was in a little forum-- there's a lot of that in the design there, which I did like-- which was itself on a cul-de-sac that abutted a market & the metro. Very convenient, excellent planning by Jennifer as usual. We were only there overnight, & then off on the Arctic trip that I posted pictures of. No Ice Castle, since we're out of season. Blame climate change. I do. The Arctic was perfect & basically everything I would have wanted it to be, except it wasn't very cold. Which, hey, not freezing is okay too. I would encourage anybody to go to Kakslauttanen; steal this trip idea. 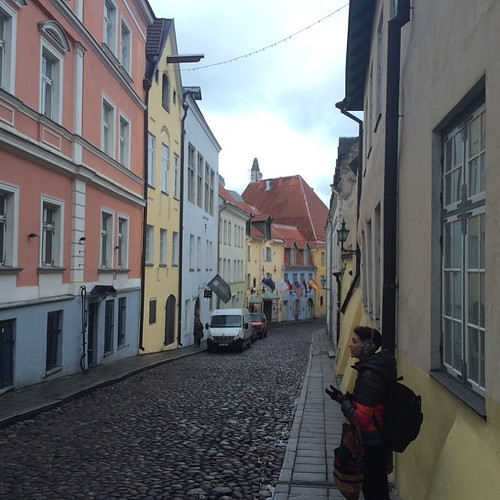 Estonia was awesome. Like I said, I had a rough trip over there, but after that everything was aces. We stayed in a literally medieval apartment, dating from 1339, though I think our actual part of it was segmented off in 1450. It had it's own sauna, like the mead hall in Lapland. We went to a gastropub that was perfect except that the portion sizes were too big, a live culture beer hall, & then to their "ye olde" restaurant, which was actually really awesome. I had bear sausage, which I think is the first time I've eaten bear. I also had many herbal schnapps & such, including this Italian bay leaf liqueur that I really liked (in moderation). Oh I also had this warmed beef broth with spirits drink in the Arctic; it was...don't get it. 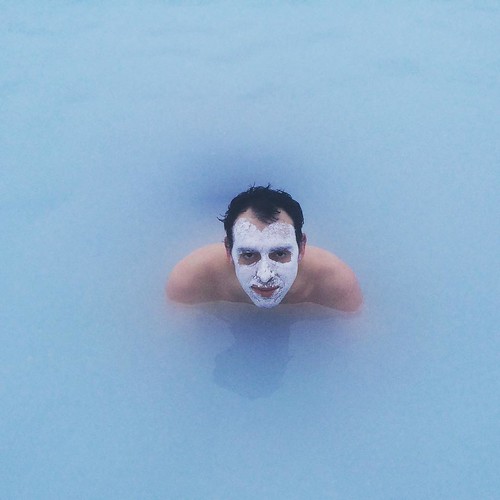 Stopping off in Iceland is another thing I recommend everyone do, but I think I'm probably the zillionth one to tell you, since it's the done thing. Jennifer was sick at this point & it had snowed like a foot & a half out of the blue there, so there was a terse walk to the apartment we were subletting there, but other than that, things were great. The crux of the trip was the Blue Lagoon; this company needs to pump out the silica rich geothermal energy from this industrial project, so rather than see that as a bug, they made it a feature, & turned it into a hot springs. Weird, yes, but awesome. The water is an eerie blue, you spread the oobleck gunk of the place on your face, & you cruise around outside in the freezing cold in a giant hot tub. Also there are drinks. Also, Iceland is right there. The hype is real. 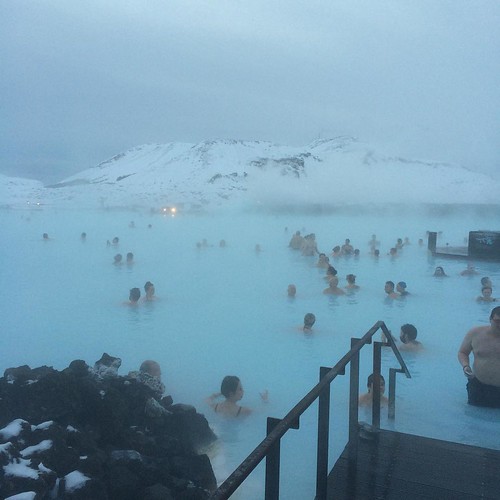 Oh & then we came home & there was a giant leak in our bathroom. Our cleaning lady had seen it when she was here that day & cleaned out...oh, bags & bags of fallen ceiling. We came home, Jennifer was fully sick, & it was pouring water. We had to use an umbrella to go to the bathroom. Our super came out, looked at it, came back the next morning, tore out our ceiling, came back with the plumber, tore out the floor above, & fixed the leak. So I spent the rest of yesterday cleaning that mess up, & I didn't do too bad of a job if I do say so myself. No sense scrubbing it clean-clean until the ceiling is repaired but for a workman's job & given the previous state, I think it cleaned up pretty nicely. Now we just need to figure out when we can take time off work to be here for the super to fix the ceiling. 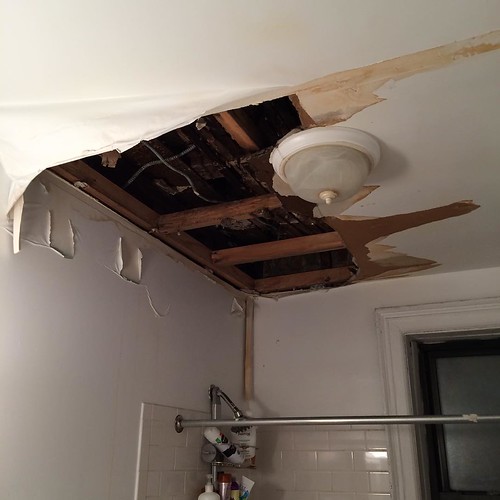