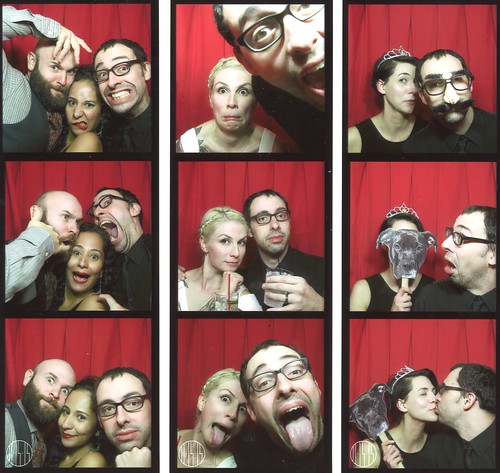 kingtycoon asked me some questions, old school meme style. Want me to ask you questions?

1 - an acquaintance of mine started out as a lady and became a man for a while. While he was a dude he was really surprised by how mean we all are to each other. I think about this and compare it to the shittyness that goes on - kind of against girls in our pantheon of hobbies and I wonder what you think of this: Is the rivalry and adversarial aspect in The Hobby a bug or a feature? How do you support that position? Do you think that this is why the Hobby is dominated by men and alienating to some women?

I think there's two issues & I think they are twisted together & inter-related but not one issue. First, there is the constant brinksmanship of masculinity. It ranges from the healthy-- me & you screaming at each other about Wrong Opinions on the internet or friends ribbing each other-- to the toxic, bullying & the like. The poisonous aspects of it are occluded by the friendly end of the spectrum...& that's a feature, not a bug, to use your lingo. It's on purpose, it's dominance games founded on a potential of real menace. I don't have an easy answer, but I will say that I think it is incumbent on those of us with more cache & power to "cash it in" to prevent it from getting to a critical mass.

Actually, three issues. The second issue is that of Outsiders. Nerds feel excluded from the greater culture & are therefore territorial of their subculture. At some level, again, this makes sense: think of the dumb bros who think Batman & Superman should be killers, right? But it almost immediately becomes gatekeeping & about power, again. People with little power using the small amount they've garnered to...do the exact same exclusion that they've got a chip on their shoulder about. It's a dysfunctional cycle.

The third issue is misogyny & frankly I think that's the biggest one. The two things above are the visible prongs of it, but the fact remains-- again, power dynamics-- that across the board our culture denigrates women & puts them as second class. Cross-sub-cultural. & the Hobby has it cooked in too, from the art to the pronouns to, hell, stat modifications in some games. You get arguments about "historical accuracy" used to excuse rape while elves ride dragons & nobody gets dysentery. I think all of the above is overthinking it, but yeah-- the hobby is alienating to women because dudes are the worst. So I try not to be the worst.

2 - I like it so much that I'll ask again - you can cast any spell of level 3 or lower once per week - which do you choose?

Can others cast spells as well? If so, dispel magic. Counterspelling other's use of their powers is my style. Sorry, I'm not getting lightning bolted today. Fly is not my style. Invisibility is worth a thought but mostly it's uses are unethical, anyhow-- if I was a clandestine creature of the night, I'd dig it. Obfuscate is a favorite Vampire power. From lower levels knock gets an honorable mention, but discounted for the same reasons as invisibility; otherwise the most appealing ones are the statistical buffs like bear's strength or fox's cunning.

3 - Do you see a way for DM's like us to form a cultural identity & modicum of fame through our settings short of writing books or producing some other media? Do you see a future for DMing as a profession. Would you pursue that profession?

I've joked before about wanting Vin Diesel to drop a paycheck on me to be his touring DM; same offer goes for Stephen Colbert or any other fabulously wealthy nerds. Patronage, I guess that could be a way forward-- but then, I also think it's shameful that rich people don't open up vanity businesses like book or record shops even if they only turn a small or negative profit.

Otherwise it's like, what, blogging? Or working for a gaming company. & frankly, neither pays enough for me to pursue it as a profession, at least not at this level. Not to mention, I already work in nerd book publishing, but with some actual longterm career prospects...so basically unless a six figure deal dropped into my lap, no. I'm more likely to try writing seriously than to try to make a go of being a pro-DM.

The future is getting weird though, so maybe? There's like, professional Starcraft played in stadiums, so what do I know. The idea of having DMing be my only responsibility is tremendously attractive, but not enough that I'd be okay with making a low, flat wage for the rest of my life, if that makes sense. & of course, there's something to be said for a hobby for hobby's sake.

4 - Why do you think that the Abrahamic religions are so popular & so persistent? What would you ascribe this longevity & relevance to?

First, I think there's some aspect of hindsight here; the Abrahamic religions are the long lasting ones, so it's sort of a self-fulfilling prophecy. Maybe in an alternate universe Rex Tycoonus is asking me about the longevity of Hellenic myth?

Second, there's probably a "right place, right time" aspect to it, at least for Christianity; it hit Rome at just the right time, & stabilized Europe for over a millennia. During which power, knowledge, art & culture kind of consolidated around it, & it aggressively stamped out rivals, while tolerating the Jews, & fighting with the Muslims...where Islam was serving much the same purpose.

Third, there's a pithy core? Monotheism & the idea of god...I get the appeal of that. I can't really understand how people think some hippie from Judea is like, the One True Whatever & that a book of deceptive provenance with a historical record of it's fabrication is taken as literal...how any one could pick that one random mythology as "real" boggles the mind, but the idea of a big sky judge, that appeal I grok.

5 - OWoD - give me the clans of the Camarilla & Sabbat as you'd have preferred them - mix in the rest of the WoD stuff as you see fit - Wraiths & Werewolfs and so on. Go crazy. How dark is your WoD?

So I'm generally opposed to mixing & matching the World of Darkness, in part because I don't think it makes any sense. But if I could re-write it? Listen, I could make a really, really awesome reboot of the cWoD so I'll try not to get out of hand. I want to use as much pre-existing infrastructure, but also I want to bust it to pieces for parts & build something new. I wouldn't go crazy; I'd try to streamline where needed & expand where needed, but build with existing materials as much as possible.

First, reboot cosmology. World of Darkness, then Spirit World, then Under World. It always bugged me that vampires had no spiritual connection-- a symptom of them being the first line published, rather than any of the retcon reasons-- so fixing that is step on for V:tMK.

So: a vampire always has a Haven; wherever a vampire sleeps slowly becomes a gate to the Underworld, House of Leaves style. When a vampire sleeps, they go into the Underworld. When they are in Torpor, they go into the Labyrinth & torpor ends when they escape it. I'd pretty much leave Wraith as-is. Werewolves are associated with the Spirit World. First: werewolves need to be darker. I don't know how exactly, but there needs to be a built in feature like a vampire's need for blood, not just Rage.

Changeling & Mage should be their own games. Not part of the WoD. Wizards in my WoD would be humans who can learn any of the game's powers, but don't get any special features, just burn Willpower to use them. Changeling...the Others is such a big framework that I feel like blood drinkers & skin changers should be subtypes of that game, not peers.

As to the clans...the biggest place I'm looking with a chainsaw are all of the "ethnic clans." I think it works for the Giovanni-- it's the pitch, it's their shtick-- but the Ravnos, Assamites & Followers of Set are pretty thin. & I really, really hate the "Eastern Kindred" being a separate "species." That's probably the way forward for me. Rather than play to "gypsies" I'd try to look at other cultural archetypes. Reinvision the Ravnos as the Ravanna, give them Protean like the Gangrel to keep the "feud" in-story, make them more rakshasa-y. Followers of Set...maybe just make them the Followers, have their whole thing be being cult vampires, whether lamia or Osiris or Inanna?
Collapse