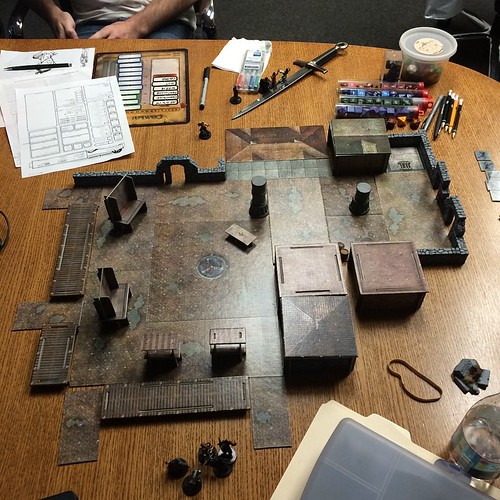 Alright! This gaming recap is overdue, but I'll spill. First things first, a few weeks ago I played one of the official Dungeons & Dragons: Encounters events. Lilly & I met up with Ken & Alicia out at Twenty-Sided Store-- where I'd previously played The Pathfinder Box Set-- & a big group of us all went hard on five hour long convention adventures. We only got through four, but it was fun. Definitely not my style of play, too many people at the table, but the people playing we all pretty good, & I want to learn some of Ken's skills at pacing. There was a halfling innkeeper, Madame Freona, who had five daughters, each with her hair a different shade: blue, red, white..."wait a minute! Those are the chromatic dragons aren't they!" We never figured it out-- you're kind of on the rails for these sorts of adventures-- but I really hope she's an avatar of Tiamat. Fizban needs company. Oh man, the best thing about Dragonlance is the decision to make Bahamut & Tiamat the main gods of the setting. That's just solid as-above-so-below cosmology.

Then last week was Tim's #TorDnD group at work. It was a heck of a lot of fun but there isn't that much to recap! We got there & Tim was setting up an elaborate-- even for him, king of the mini-mold & dungeon-tile-- game table. That's never a good sign for peace & quiet. Lo & behold, it was a big brawl! Sam had to miss the session, so I "played" Kit, which means I picked the best healing spell left on his list & cast it every turn, pretty much. Scott showed up instead, & the session was our meet & greet. He's a monk & he was...fighting a wyvern? What the...wyvern? But then! Berserkers, thugs...& an earth elemental? My tiefling wizard, Pantalone, actually had a spell work, & used suggestion to get the earth elemental to review the assassin who had summoned it, hiding on the rooftops! He escaped, more's the pity, but otherwise we actually cleaned house really well. Everybody worked as a team & the villains were defeated efficiently. Not easily, but without any horrible crisis for once. & now we have a monk! A sad monk whose treetop temple was destroyed. 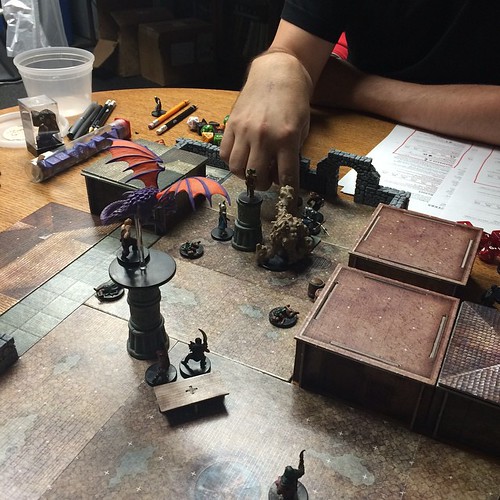 A Tale for the Time Being by Ruth Ozeki.

I only read the first fifty pages of this book, so let me get that out there. I had a pretty strong negative reaction to those first fifty pages-- I found the voices indistinct, the content sophomoric, the trope tired-- but then, other people said they had a hard time with the beginning but dug in around a hundred pages, so what do I know? Some people really liked it, some people were sort of more meh about it but no one had the dislike for it that the first few chapters left me with. I guess I could give it another try, but I doubt I will, to be honest. I've been reading work stuff lately so I've been bad about reading novels or keeping track of what I do read. This was

carmyarmyofme's pick, & she brought bunches of Japanese snacks, which I went at like a hyena. So yeah, I don't have a lot to say here because I sort of opted out. People liked the scenes at the zen temple the best & thought that the end was too pat. Jenny read hers at the same time she was reading the new Murakami & that played them off each other. Rasheem thought for sure that Ruth had Alzheimer's & the diary was actually hers from when she was little. Liz read all of it on a bus.

fordmadoxfraud read the lionshare but hadn't finished the end by the time we started.
Collapse