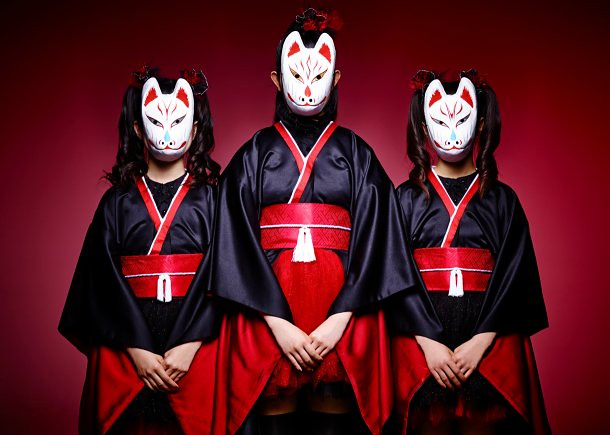 The running joke about my RPG campaign is that while most campaigns are about battling orcs in dungeons or defending a town from a dragon, my game is about fancy masquerade parties & elaborate tea ceremonies; you get less "rescue the princess" & more "marry the princess." I don't lightly gender "princess" there, on account how in this campaign, one of the characters is actually getting married to a princess. Or well, the Shogun's cousin; close enough. Last session it went even further over-board, & we spent the entire time planning weddings. Listen, you've all watched Game of Thrones, you don't need me to convince you that aristocratic weddings are a big deal where a lot of crazy stuff can do down. At least this time they had plenty of Experience Points to spend from the "story bonus": Haru bought Wits OO, Keku bought Dexterity OOO & The Royal Physician bought Persuasion OO. Lots of new attribute dots! 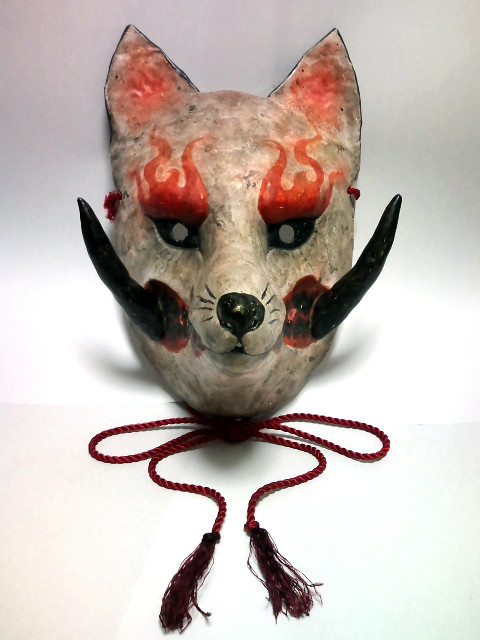 Besides, our protagonists deserve their just desserts for their covert mission to the auction of doom! Before they left, Iroha o-Lung-- the Shogun's ambassador-- took Haru, Keku & Amina aside, as they had formed an alliance last session. Iroha pragmatically offers the same reward to the Kitsune that they offered to Goro; she will marry Haru, & they will give her all but the Black & Red Lions, & she will pay for Haru's little "cash on hand" problem. The Kin-- who never really wanted the canopic jar weapons anyway, just wanted to be in play for whatever advantage or leverage they could get-- get a major piece of technology or ten smaller gifts from the Watchtower. Which, if you are paying careful attention, has some serious implications, in that it implies the Watchtower is open for business. The summary of auction swapping is here. Then, Iroha proposes-- no pun intended-- that they take this little arrangement one step forward, & create a secret societies. The Dragon take naturally to the Gold of the Kin & the cunning of Foxes...& who knows what Mysteries the Royal Physician can bring to the group? They pledge into the Blue Koi Society, & use the Naga's gift of the tsuba heated over a flame to brand scales on their ribs. & I'll point out that two of them are blood magicians & one is a reincarnated mummy, & they've sworn on the curse of the serpent goddess to advance each other's interests within their own Houses & Zaibatsu. So. Blue Koi Society. 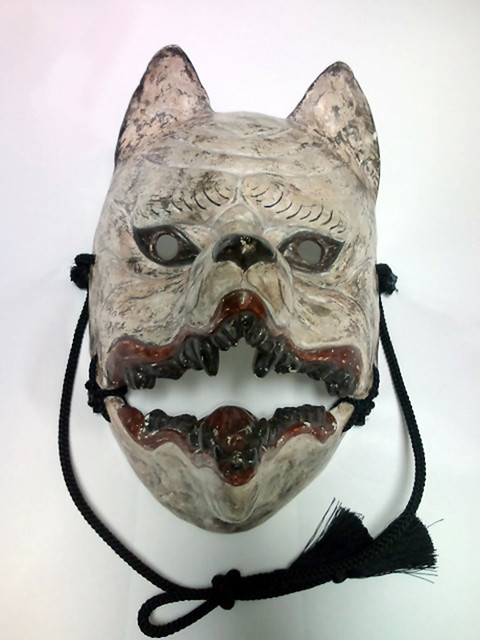 A year passes! I am fond of having time pass in my game, I'll always knock off a boring year or fast-forward in media res, if I can convince the PCs to. This group has been very compliant in that respects; I've even let slip that my half-conceived intention, if the group sticks together long enough, is to have them all retire these PCs & play the children of each other's PCs. Silissa playing Haru & Iroha's kid, Nicole playing Amina & Goro's kid, etc. During that year, first up, are the Kitsune cousins. Their family's daimyo, Hayate o-Kitsune, calls them in & there are three kitsune girls in fox masks; they present a collection of masks for Amina, & she chooses one. So that's Kitsune Mask O to go along with her Oni Mask O. (Meanwhile, Haru has consulted with Masami o-Kitsune-- a house Kannushi priest devoted to the Goblin Fox aspect of Okami-- discovered that the mask he took from the cult of Yama-of-Many-Faces is the Butcher Fox's Mask, belonging once to Akira Kitsune. The "fox in a hen house" Kitsune more than a trickster Kitsune, he had a Vlad Tepes-esque low cunning & brutality. Then the mask was passed to Tenko o-Kitsune, & lost when Tenko committed seppuku in Kumo lands over charges that she killed children in order to further provoke a civil war between the Houses. Butcher Fox's Mask OO, if he chooses to keep it; if

fatbutts wants more dots in her Masks, she should do the research, that's the Rule I've decided just now. Also the priest tells him that the cult of Yama-of-Many-Faces were Shinigami, profane witches, necromancers.) Amina's fox? You know the one she let a demon wriggle inside of? クリーチャー? Now when she sees it, she sees it wearing the mask, too. She gets Familiar +O. 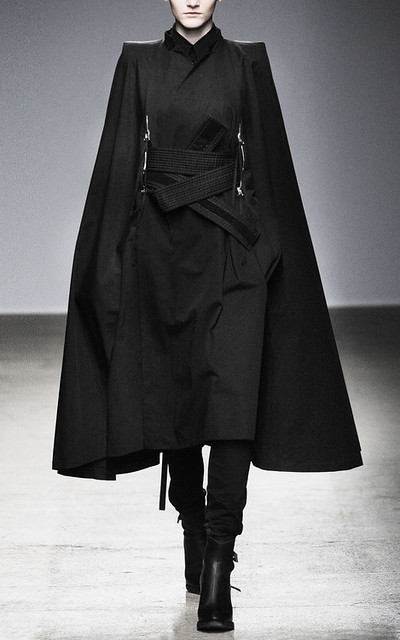 Meanwhile, Haru's mother asks him to wear the kimono that she was married in, when he gets married. This is what I'm talking about, intense wedding details. & I'm not kidding, either. The genderbending implications aren't really there-- gender is more expressly fluid & performative in the Shogunate-- but the politcal are. Luke chews on it for a little bit. Haru's mother is Shizu o-Kitsune, but before that she was Shizu o-Kumo, a Spider, & her all black kimono is their colour, not Kitsune or Lung. Still, all of the information he's been unravelling about the mask has come from his correspondence with the Spider kuge, his former yojimbo Mio Yudai was from the Kumo lands, & it was be seen as a favor to the Kumo House to show that side of his heritage in his wedding into the ruling House, the Dragon. He agrees, & good thing too, because The mummified Royal Physician called him the Black Fox & this is me making the prophecy true. & also it provides Armor O with no burden or constraint, being woven of spider silk in the Kumo style. So the gift is practical in it's austere beauty & subtle political statement. Being betrothed, Haru gains Status: Lung O & decides that when he gets married his name is going to be Haru o-Kitsune no-Lung, for all the political implications the honorifics & possessive's imply. Amina meanwhile is writing love haikus in her own blood daily to send to Goro as he passes his first year of study with the Gaki, which he ardently returns in kind. 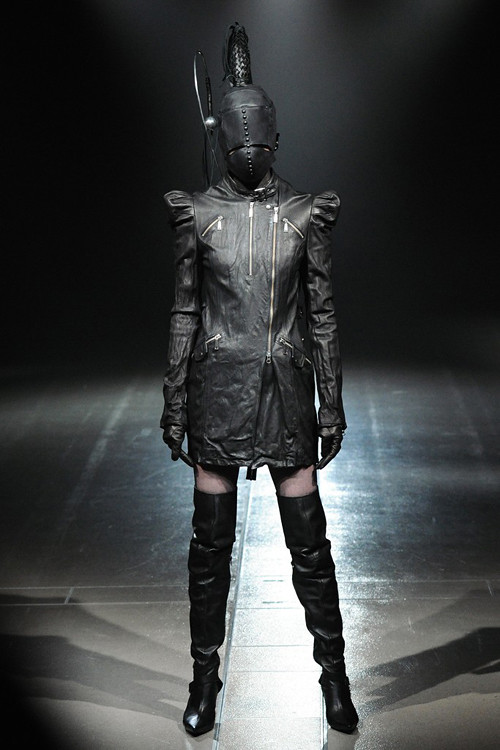 Keku Kin, for all of this, returns to a well-pleased Kin representative. She's just a cog in the machine-- she doesn't know whether the zaibatsu gets one piece of technology or what it might be-- she just did her job, & now it's out of her hands & for the Investors to make the decisions. We do decide, meanwhile, on what her Mukade leathers-- & her scary mask-- look like (which are her Armor OO that she already had). Her success does carry an increase in Status Kin: O as she comes to the direct notice of the Investors & her Fame begins to carry with it respect as well. She's also ensnared in some sort of promotion from the Lung, apparently Iroha following through on her Blue Koi society pledge, appointing her some kind of "Gold Magistrate," which is a fancy word for tax collector. Keku is not exactly thrilled at having been promoted to "tax collector" but she is more excited about what the title comes with: a steel warfan, a tessen. It's a Weapon: O but it also applies to all of her social rolls. Also, Keku & her familiar serpent Nagini have been nursing the terrordactyl egg from the Arboretum, which has hatched into a little fell beastie chick that hangs out on her shoulder. Instead of angels & devils whispering in her ear, she's got a snake & a pterodactyl, giving her a separate Familiar O named "Mariko." 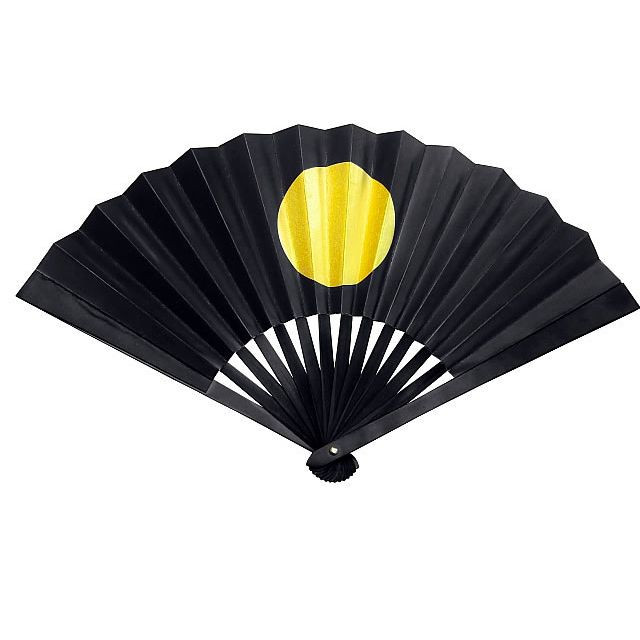 I dont want to overlook The Royal Physician, or Ren, for that matter, but since Eric & Silissa are alternating with each other, his goodies should come next session). & in fact, both of their "gifts" come from Goro, not from their superiors, since well, The Royal Physician has betrayed her superiors, & Goro was Ren's superior, having hired him as the host & entertainment for the auction. Goro, for his part, gives The Royal Physician a small blue face, affixed to a cord. An amulet, the blue visage of a previous Royal Physician. The Blue Amulet O grants plus one to all Heka rolls, which is to say, whenever she uses her ancient Al-Kem alchemy gleaned from numerous lives spent mastering the art. She also gets Enigma O, as the universe sort of shifts sideways to try to accommodate her, to encyst her weirdness. When The Royal Physician was sent on this mission by the Cho Zaibatsu-- when Moe no-Cho was-- they sent her with a briefcase full of pills that would extend your life by fifty years. The Royal Physician sells these on the black market, fully betraying her old captor-employers. Status: Cho OOO becomes Resources OOO & her Retainer O is replaced by Ally: Cho O, as she's still secretly in touch with her mentor within the organization. She decides to live back in Joko Izumi, the artisan "flower town" of the Geiko where Ren lives. Specifically, in the partially restored ruins, the castle that has been converted into a shrine for the naga, Hebi-no-Hime, kept by Wakana. The Royal Physician carries the Naga's blessing in her poison blood, she's welcome there, taking up shop in the dungeon room where she ate her toes. 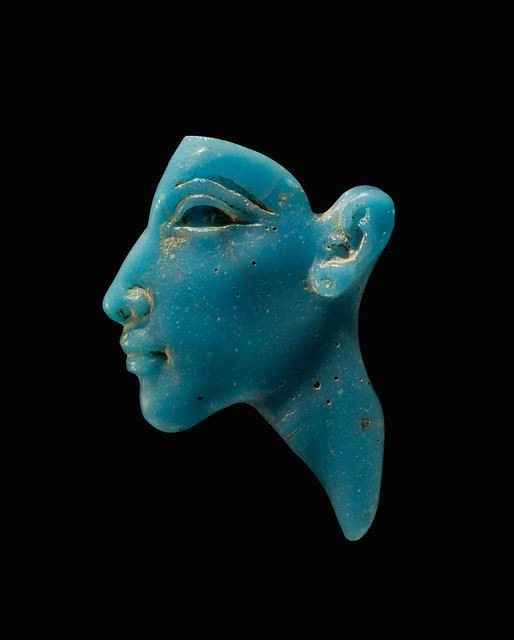