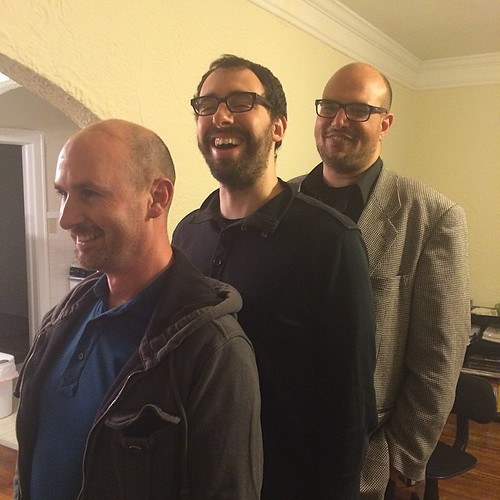 I've only come back to The Wasteland once since I left. For another wedding, as it turns out. I think people have a misconception about why. It is my own fault; people from the Rust Belt has a style of talking about it, almost in disbelieve. "The rivers burn! Mosquitos the size of your thumb! It rains ash from the sky"-- all true things-- but I wonder if sometimes people think that's me trying to distance myself from my past. Quite the contrary, that's just what nostalgia looks like if you're from around here. I don't need to create false distance from my past; I went ahead & created literal distance. I left! But I don't try to Orwell it away; the strange mixture of abandoned factories, artificial suburbs & re-encroaching wilderness set in the economic decay of America? That's totally my Tatooine & it's a fine one. Ord Mantell? Anyhow, so I'm here for Ron's wedding & that will be nice. I'm not staying long enough to otherwise socialize or visit & that suits me just fine, too.

Getting here wasn't. I've flown from New York to Cleveland, Metropolis to Wasteland, more than I care to count, back when Jennifer & I dated long distance. This trip ranks up there with the time I flew from Akron to Cincinnati to Baltimore, had to sprint through the Baltimore airport to a connecting flight because we were late, & then landed in Islip & had to take the railroad in. Delta, just so you know; when I told the story everyone was like "well, that sounds like Delta alright," so maybe you have your own horror stories? Frightful tales of woe? First, our flight was delayed. Then when we moseyed over to the gate? A mad house. Nowhere to sit, packed with people, packed with flights, & at the corner so even people just trying to get past were added to the scrum. Why was every single flight going out of one gate, we wondered, & the reason why: the gate led into a weird, outdoor, carnival or slaughterhouse style chute system of gates for smaller planes, prop & up. Like if the CDC set up an airport in the middle of a field to evacuate people from the zombie apocalypse, this is how it'd feel. Then from there, they kept us on the tarmac for a few hours & kept threatening the pilot-- who passed the dire warnings on to us-- that he'd have to turn his engines off or we'd run out of fuel mid-flight.

We got here in the end, though, to be picked up by Ron & Ana. First time meeting the bride-to-be, & I liked her a bunch! So that is good. I had left plans sort of fast & loose, but the flight delays had thrown a monkeywrench in there. In the end a little scrambling around produced: me, Jenny, Ana, Ron & Travis, all pigging out at Noodle Cat. My noodles were awfully bland but the buns & the meat was good. T had to take off, the realities of schedules colliding, but then we swapped him out for Kingtycoon! Who we almost missed; he was underground & didn't have a signal, which is a pretty New York reason for not getting phone calls! Turned the car around, grabbed him, & then it was rum & Small World. My Dragonmaster Sorcerers were succeeded by the Stout Amazons whose mantle was at last inherited by Underworld Tritons, which sure sounds like the lifecycle of a Blibdoolpoolp cult to me; either way, it was a enough to nab me the win. Now for today, the bachelor party, an epic Legend of the Five Rings one-shot! 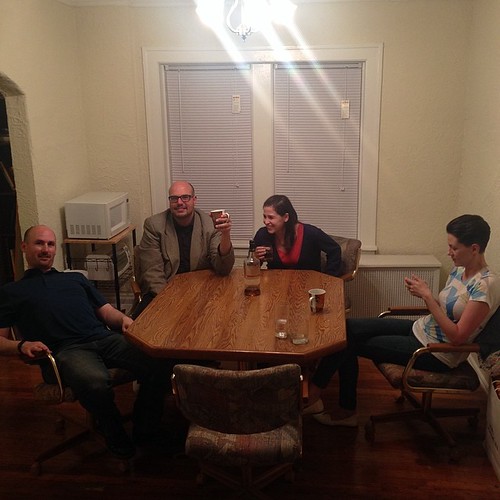 The Battle for WondLa by Tony DiTerlizzi.

One hundred years passed,
history becoming myth.
& then another.

I review The Battle for WondLa at Tor.com & end up just wanting it to be a campaign setting. Pictures galore, too!
Collapse