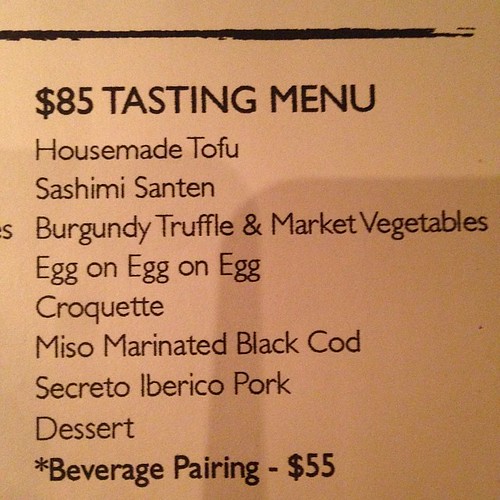 We had a nice Friday night at Matt & Kathleen's new place with Brian & Dave. Roof deck! Ended fairly early, so we were going to stick around Alphabet City to get a bite to eat. Jennifer picked out a smart route to the train that went past her top three choices, but they were all lines-out-the-door busy. Instead, we realized we were near SakaMai, where we'd had a date before. Hey, it is still my birthday week, even after Hedwig so we decided to use that excuse & pay more money than we'd planned on dinner to get the tasting menu & sake pairing. It was pretty great-- egg on egg on egg is Jennifer's favorite (like, her soul mate) but I think the sashimi was the star player; we both agree that the black crème brûlée custard was worthy of psalms-- & it went later than we normally stay out. A fun & unexpected party night. Anyhow-- a segue I over-use, I know, but anyhow-- here are the pictures, though I guess I "forgot"-- read, alcohol!-- to get the black cod. That was surprisingly good too! 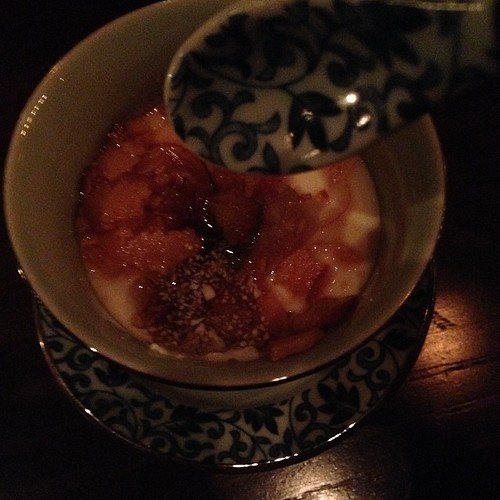 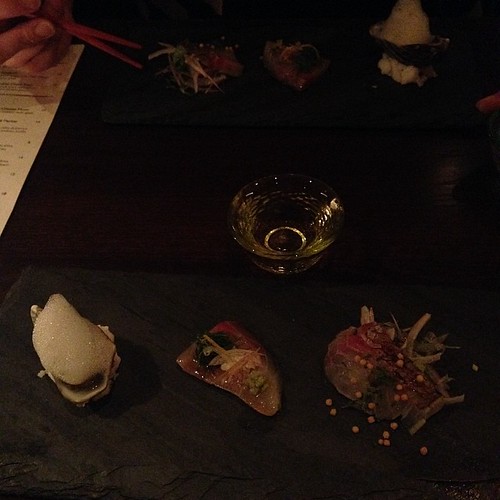 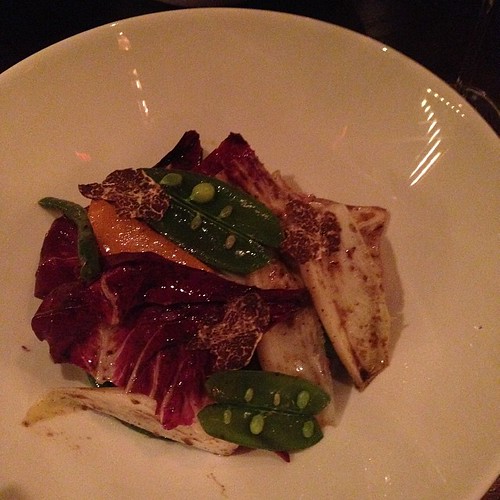 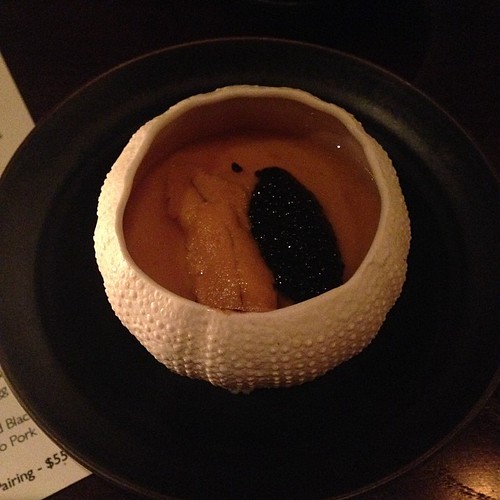 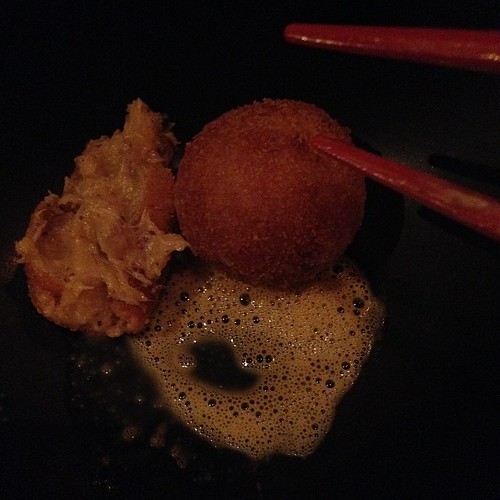 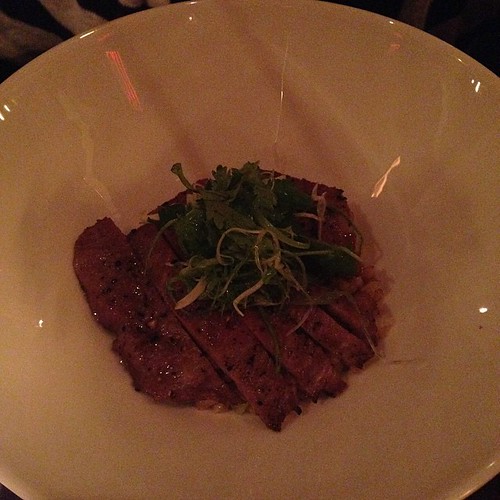 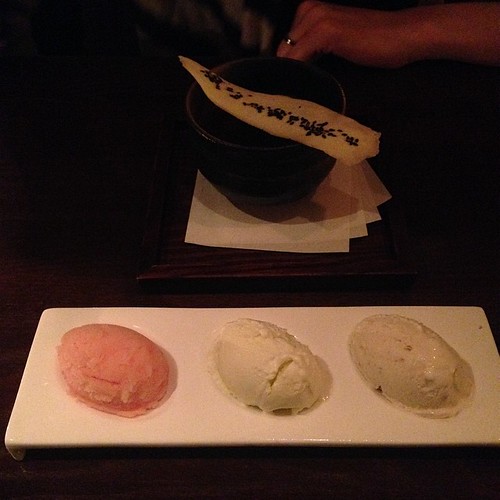