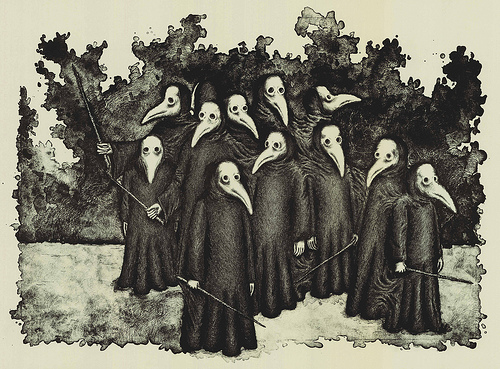 I started physical therapy for my arm. There isn't a good story behind how I hurt it. In November Jenny woke up with a gasp, so I jerked awake. A pillow had fallen, that was all, but I had been sleeping with my arm pinned under my body & I wrenched it. It hasn't really stopped hurting since then. I've had problems with my rotator cuff before, so after a couple of months of it not healing I finally was like, "doctor time!" Well, okay; first I tried a witch-doctor-- the chiropractor-- which did nothing for me, but the massage therapist in his office felt nice but didn't seem to "fix" anything. So then doctors & then physical therapy. Actually, I am not sure if I'm supposed to see the doctor again; he gave me an ultrasound & shots of steroids & sent me on my way. Physical therapy is in three phases, when I go. It starts with the therapist stretching me & poking my tendons. Manual therapy which, like I said, isn't my jam, but I will say that not relying on "cracking" & actually doing more therapeutic poking does seem more effective. Then I do exercises; there are some lying on a foam roller, some with a resistance band & some with the weight machines. It all ends with electroshock & ice sleeve, which makes me look like Ivan Drago. When I said that they were like "oh yeah, no one has ever said that before." Which...how? It seems like a gimmie.
Collapse