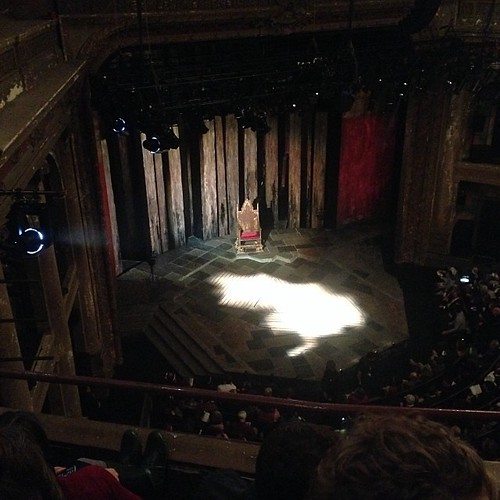 I went to go see King Lear at BAM with

onatopofthings & Jennifer last night. Same theater with the super steep stairs where we saw Patrick Stewart in Macbeath. It was my first time ever seeing Lear, & I'm one of those people who hold to the self-evident truth that Shakespeare, read, isn't a patch on the real thing, performed. So Lear. The titular character was played by Frank Langella. The other actors are unknowns to me-- which is meaningless, they may be very famous in circles I'm ignorant of-- but of them the guy who played the bastard Edmund, Max Bennett, & the guy who played the Fool, Harry Melling, both stood out. So Lear makes me feel very Game of Thrones-y, you know? I can't help but agree that an absolute dictator who has gone mad has to be removed from power. Heck, I would have jumped to murder-- uh, euthanasia-- way sooner. Hey, this is the other side of the coin that people are always telling princesses. You are a royal, not a person, your life is the realms, not your own, you will marry who is best politically, you will die when you become a danger to the kingdom. Oh, I don't know, I get why it is sad & all that, I guess I just mean to say that I don't condemn any of them. Except maybe Edgar; that guy is both dumb & weird, in a way that cracks me up. "I'll fall for every trick but then trick my dad with a prank about suicide!" Uh, okay? 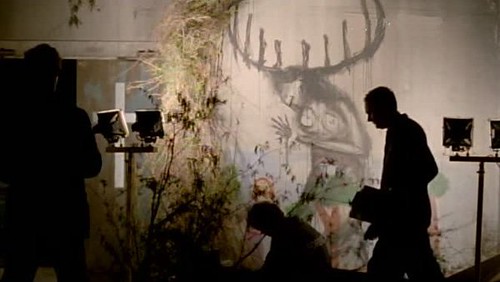 I don't like cop shows & I don't like dramas. I don't like "serious television" unless it has a dose of the surreal. True Romance-- edit-- I mean, True Detective--doesn't have that sense of the surreal, but I've seen people trying to compare it to Twin Peaks & I get why. I can't quite explain it, but I get it. To me, it is most like the first, strange half of Fire Walk With Me, with Special Agent Chet Desmond, played by Chris Isaak. The levels of poverty are similar, trailer parks & prostitution; the people you meet are strange & become embroiled in torrid relationships. If that's the case then Matthew Mcconaughey is playing like the inverted Dale Cooper. He's always got the most nihilistic & paranoid thing to say, but he's also got the like, obnoxiousness of a 15 year old who just decided to get mouthy about atheism. Anyhow, so I like this show; it is brutal & "dark" or whatever they say, so yeah, if you don't want that on your plate right now, steer clear, but I think this show is going to become the ubiquitous water cooler show in a week or two so you should start catching up now is my point. 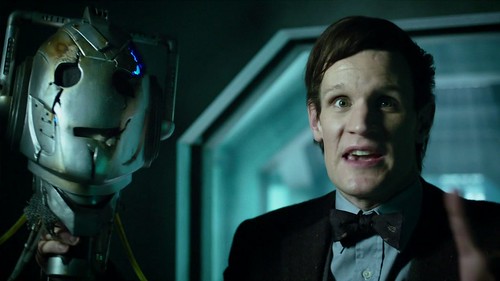 Goodbye Matt Smith. Okay, I liked this episode, so before I get to that can I just say what really got under my skin? With the whole crack in the world, with the whole trying to go away & not being able to, the whole growing old & raggedy...didn't this feel like this should have been Amy Pond's finale? I don't mean this as a dig at Clara or Coleman! I just mean the writing of the episode really made it seem to me like it should have been Amy at the end, since Amy was the one with him on the adventures with the Silence & the Angels & the Crack. I don't want to be the cliche that can't let go of the Doctor or the Companion I started watching. In fact, I'm ready to give Capaldi a chance, despite the fact that he's a white guy. Boring. I just...well, I do miss the Ponds, but also, I just felt like it was...their story, there at the end. It could have been a perfect excuse to explain what that point in time the Angels sent them to was a fixed point in time, because the Doctor went back that later to take them on further adventures, or something. Now I'm just rambling. Matt Smith was 900 years old & 9 years old. It was a great melancholy, man. I saw you getting old & Baker-y. I bet that was a set-up for your encore in the 75th anniversary special as the weird Curator. Sure like a long con.
Collapse