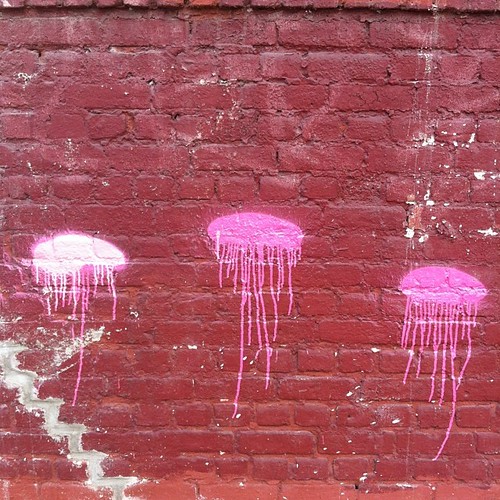 I don't want you to think I've abandoned you, Dear Livejournal. Sure, I update my Tumblr a zillion times a day, but that is all just reblogging; you wouldn't think of leaving comments on a webpage as a substitute for blogging, & I don't think of keeping a feed as a replacement, either. No, I didn't abandon you, I just sold out; I think you can understand that. If someone wants to pay me to yell about Gene Wolfe, who am I to stop them! So what has been up with me, well; I've got a cold. That has been the story of late; I get into a slump, & just when I start to get out of the slump, I get sick & slide back into the slump by necessity. I was telling Terra this morning in a voicemail that I feel like the Friends theme song. It hasn't been your day, your week, your month, or even your year! That is my version of self-flagellation by the way, I also invoke the grim spectre of Garfield when I find myself grumbling about Mondays. On the plus side, those are communal thoughts! Hail the hive mind. So let me do the weekend real quick. Jennifer & I went out on Friday on a bit of a little date, to Terroir. We got too much food & I was just then starting to come down with a cold, so I was being weird for no reason. I came up with new somatic gestures-- that's redundant & says what I mean twice-- for "shut it down" & "the whole thing's soul." Lots of bone marrow though, yeah! Saturday was a sick day; I curled up in a cocoon & I don't know if I did anything. Oh I think I beat Red R+gue for the first time; killed the Balrog, got the Amulet, ascended. Last night I beat it for the second time, this time trading the Amulet Yendor to Death in order to bring @ back to life. Now though, do I dare try to out-wit the Balrog's face? Will a rune of undeath save me from dying if I put it on? Should I do it in the Underworld?

I wrote two more paragraphs & then Livejournal decided I should be logged out & ate them.
Collapse