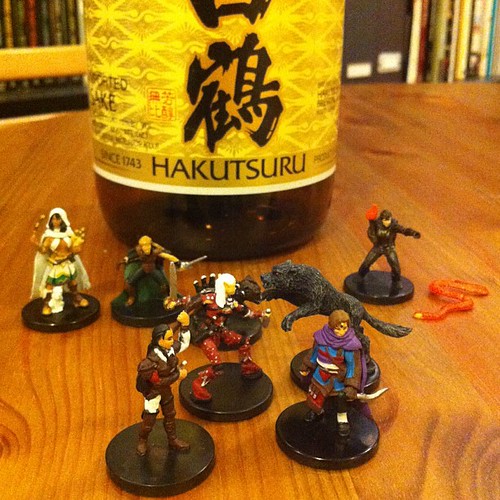 Even the music was on point; Godspeed You! Black Emperor's F♯ A♯ ∞ & Yanqui U.X.O. where synched up to the moods of the room; the music was sinister when it was meant to be & swelled to a crescendo when it ought to. A really big gang at the game table last night: Nicole road the train with me, eager to play her cunning & cold Zaibatsu agent, Mukade Keku Kin. Luke or Mollie was next, the watchful Kuge noble Haru o-Kitsune & his loyal yojimbo, the warrior monk Mio Yudai. Silissa was next, with baby Indigo in tow, ready to play Kemushi Moe no-Cho, the Zaibatsu pharmacopia researcher.

fatbutts was one the scene, with Amina o-Kitsune, the noble Bushi with dark interests. Eric was last but not least, ready to play the hoodlum turned Taikomochi courtesan, Ren Joko Izumi. Last session saw them all going to the strange arboretum; the Shogun's cousin, Iroha o-Lung-- a woman with a cannon instead of an arm-- elected to accompany them. I had a really good game; a pterodactyl, mummy mythology, & a samurai showdown? That is a recipe for success.

The greenhouse is a strange place; Mio, Moe & Haru have all been to the Toxic Jungle, which is truly weird & horrifying, & this isn't that but there is something about the plants inside of the place, strange cycads, ginkos & ferns. The sounds of fauna are just a little bit off, & it is Ren who places it-- he's seen these on old scrolls! These plants are extinct. The group elects to enter a sort of gatehouse first; there is a frenzied business-- the proper collective noun!-- of frolicking ferrets, but Mio's pet wolf, Toto, clears them out. Aw, & I have so many cool "rat swarm" minis! It is noted that the ferrets, when they flee, don't flee by the most direct route, into the arboretum, but instead scramble elsewhere. The Players note that the doors are wood; old but not ancient; the pyramid of Kakusui-en is incredibly ancient, & the arboretum seems to date to the historical but now ruined Empire whose death throes spawned the Shogunate. Haru, versed in some of the occult secrets of the world, & Amina, who traveled with a weird circus, recognize the symbol of the peacock vulture; it belongs to the Royal Physician, an ancient Al-Kem figure, a sort of cross between Galen & Imhotep, who achieved alchemical enlightenment & remembered his past lives in detail every time he was reincarnated. When he would die, his cult & companions would preserve his old body, & the mummy would be an undead vizier, a council fit to advise the new Royal Physician from their tombs. 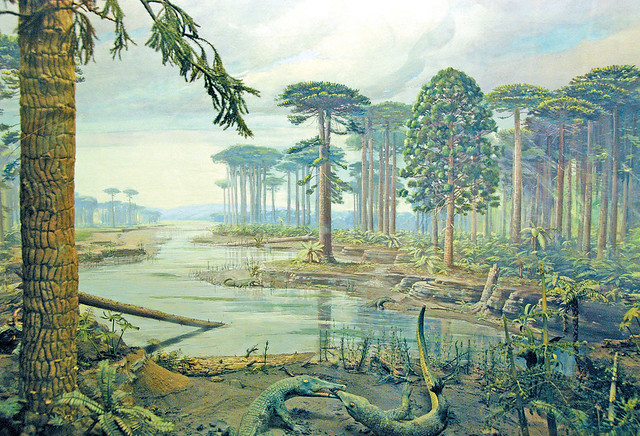 What is it that spurs the attack? After all, Haru has calmly been gathering samples, with Moe & her research assistant Gale's help. Maybe it is Amina trying to kick down one of the sturdy doors. Maybe it is Ren, shouldering down the crumbling door into the tower inside the arboretum that they find right past the gates. Could just have been bad luck...but the thing itself is no joker. Like a giant plucked bird, or a strange bat with a bird skull for a head, a strange creature from yesteryear. A pterodactyl with a twenty, thirty foot wing span. It buffets Amina about with its wings, hooking her with a claw on its wing, slashing her & knocking her down, while then hovering away out of reach. The party scrambles, against the wall of the tower, into it. The insides are filled with guano (of which Moe grabs some); the first floor has two other doors, leading back out, the second is also stuffed with pterosaur poop but has a skeleton embedded in it; Ren searches it but finds nothing. On the roof is the nest, part constructed from sticks & logs, part from paper, almost wasp-like. There seems to be a magpie tendency in the creature, because besides the three soccer ball sized eggs, there is also a bunch of sparkly stuff, & a long black shiny scroll case.

Keku, up on the roof with the nest now, is attacked again, this time the pterrordactyl's mouth swelling like a pelican, ready to engulf her, to swallow her whole-- but Keku's familiar, a snake named Nagini, blessed by the naga Hebi-no-Hime darts out, biting it inside it's mouth, causing it to swerve off, making a noise like a cross between a squawk & a wookie. Keku grabs an egg & bolts! Down the stairs during the following hubbub & confusion, & out! Up on the roof, Ren grabs some gold & the Black Scroll case & darts back down, unharmed. Mio tries to keep it at bay with her naginata while Moe tries to get an egg...& she butterfingers it, dropping it, & it cracks, red blood oozing out instead of white albumin. While Moe is fumbling with the egg...the fell beast, which had disappeared for a round, game back carrying a giant stone...which is dropped on her head with a sickening crack that mirrored the humpty-dumptying of the egg. I roll pretty well for damage, & decide to make some of it aggravated, rather than tons of lethal, to knock her unconcious & to give her the new character trait, "Drain Bamage." 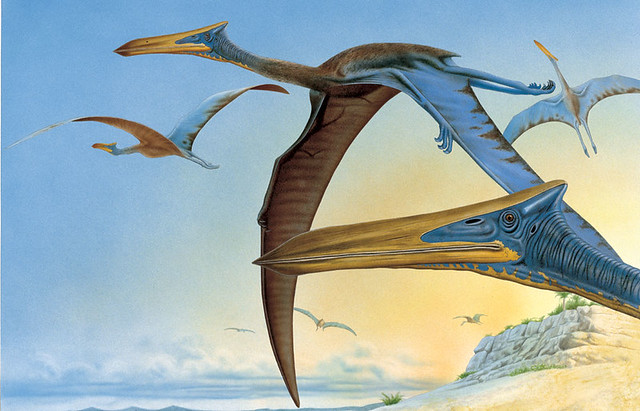 Haru & Iroha are talking about the eggs when everyone comes down to the second floor-- he wants to destroy them so the strange dinosaur breeding old man from the auction, Toshi Kyoryu, can't give them to the Meikyu Zaibatsu to breed. Iroha is more ambitious; think what we could do, if we bred them! Iroha heads up, as does Amina, to the rooftop, while Mio carried Moe down. Not wanting to kill the mother, Iroha holds a lit fuse-- she lights it with her teeth-- & waits, while...well, while Amina dons the mask of a demon, a mempo contorted into rictus, & tears open the bloody egg from the pterodactyl. It gushes all over her, & the embryo plops out...then Amina bends, & it seems as if her mask laps up the blood. Only Iroha sees this, as the rest of the party is downstairs. Eric says "Ren has the Character Trait of 'Scrounger' so can I spend Willpower to have grabbed something from the nest that could help Moe?" It is a perfect use of the Character Trait system-- which Lilly also says she "gets" after this session-- & actually, there is totally something on the "dungeon" map that could help, so I just let his invoking of his trait guide the story, as it is meant to. Yes! The gold he grabbed...among it is something that isn't a coin, but is instead a golden pill, the size of a horse tranquilizer. Liquid gold! She swallows & sees a vision, understanding the story of the Royal Physician in a flash.

...but meanwhile something insidious has taken hold of Mio Yudai, the sohei yojimbo. You see, when the naga blessed some of the members of the group, only Mio fully refused, & the so naga gave Ren his forked tongue, Keku her serpent, Haru his tsuba...& Moe poison blood. Which Mio has all over her, now. I ask Moe what kind of poison it is & she says "hallucinatory," so I go to work on Mollie. The whole group has been hallucinating on spores from the weird plants since they walked in here; only now did Mio suddenly sober up, breaking the enchantment. Moe is dead-- not just hurt, dead-- & that is where those bones in the middle of the room came from. Haru killed her! So begins one of my favorite Oubliette scenes: the Reservoir Dogs-esque stand-off. Mio, with one of the eggs in her kit, whips her naginata around to point it at Haru. Haru is speaking softly but Amina whips out her katana & puts it to Mio's throat. Mio's wolf, Toto, starts to growl & slavery, & so Amina draws her wakizashi, pointing it at the canine. Having distracted everyone, Haru sleight of hands a random packet of powder from Moe's herbal kit. I ask Silissa to make up a random chart is in there, so she gives me: "1, cure; 2, poison; 3, burn; 4, hallucination; 5, freeze; 6, put to sleep; 7, choke; 8, bleed uncontrollably; 9, extract poison; 10, scratch skin like meth." Haru rolls a 10, & we leave off there, on a cliffhanger.
Collapse