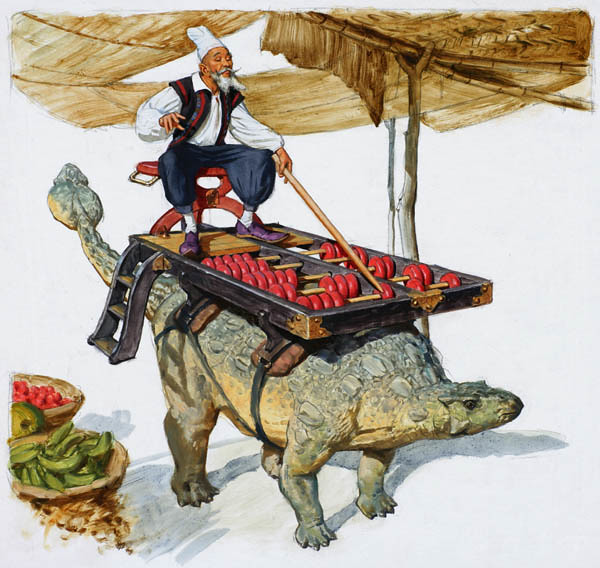 In good news, my Oubliette campaign started up again! The bad news was that I wasn't very focused & I let the group fragment too much. I'm purposefully playing them off each other a little, a trick I learned from Vampire: the Masquerade, but I think I'm currently causing more chaos than strife, if you take my meaning. I want dramatic tension, not dramatic dissolution. Anyhow, it wasn't bad! I shouldn't have phrased it thus; a better term would be "ugly." We were also distracted by Silissa & Eric's baby Indigo! So those three (or well, two & a half) were back & so was

fatbutts, so it was a full house, even though Mollie couldn't make it. Nicole & Luke are the reliable ones, when they aren't in New England. Come to think of it, what is with all the New Englanders I know suddenly? I guess that is publishing for you. We got everyone together & ordered pizza, cracked open a few beers, & got cooking. 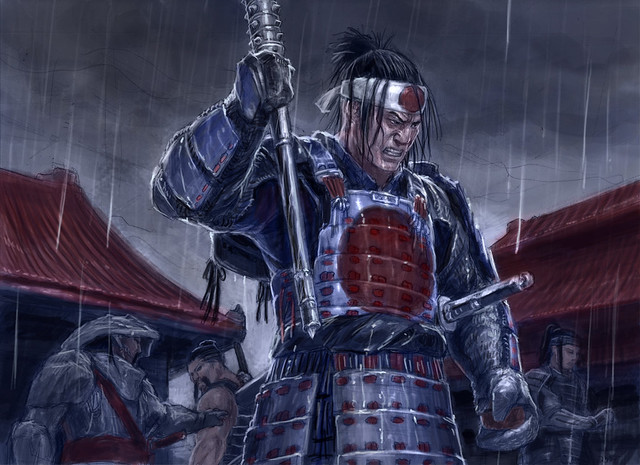 Our crew of trouble-makers is as follows. Ostensibly the leader of the expedition, Haru o-Kitsune is Luke's character, the kuge, the noble courtier. Lilly's character, Amina o-Kitsune, is his cousin, a bushi, a warrior from a less prestigious branch of the family. They are joined by a representative from the banking & mechanics zaibatsu, Mukade Keku Kin, played by Nicole. Mio Yudai, Mollie's character, is a warrior-monk turned yijimbo having a crisis of purpose, so since Mollie was absent I had her wander into the desert to meditate & find herself. Removing her all the was left was to insert Silissa's character, Moe no-Cho, as the representative of the creepy pharmaceutical megacorporation, & Ren Joko Izumi the Taikomochi host hired by Goro to make sure the auction went smoothly. Because that is what everyone is here for: the auction. 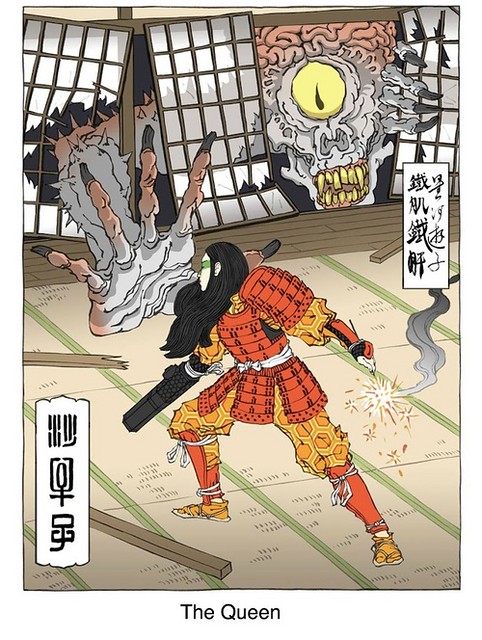 So the session was mostly cramming them into the story together, trying to re-set the scene, re-introduce the characters. I was not on my game, I don't think, but now that the sloppy mash of them getting back together is over, I think we can get on with things. Back onto a regular schedule of playing bi-weekly I mean. Every other week; a pet peeve of mine is how bi-weekly fails to differentiate between every other week or twice a week. Anyhow the big event of the session was the party meeting the first group of NPC bidders. Starting with the top picture, Toshi Kyoryu represents the Meikyu zaibatsu, the agribiz conglomerate, & he is in fact riding a giant ankylosaur; they say he's trying to breed a dragon! Hokusai Nezumi no-Kappa is representing the Kappa daimyo's interests; the Nezumi clan are an off-shoot, a lesser family renown for their adherence to bushido...but each member neglects on of the central tenants. Iroha o-Lung is a cousin to the Shogun herself, & represents the interests of that great house; a privateer, she lost her arm when a magazine on her ironclad exploded. She now straps a cannon on instead.

The Gods of Gotham by Lyndsay Faye.

carmyarmyofme's pick for Eleven-Books Club; her first was The Poisoner's Handbook by Deborah Blum & her second was Vietnamerica by GB Tran. Carmen protested that this book broke the mold; instead of being non-fiction about New York, it was historical fiction about New York! We were just teasing her though; representing "your genre" is partially what the book club is about, so others can be exposed to the sort of stuff you like. Anyway, Carmen's thoughts are here. I was over at a party across the street at Chris & Autumn's apartment (with the usual suspects, Brian & Jocelyn, Matt & another Matt, Kat, Justin & Annie, plus Ahmed came with me), & then I came back home for things to get rolling.

fatbutts was already here, followed up by

littlewashu (her thoughts here) & May (also Kerry's dog Indiana), then

fordmadoxfraud telecommuted in. No Terra; she just had her baby so she wasn't able to make it, digitally. Beatrice was last as usual, but also as usual, not least! Actually, Nino popped in to say hi, & while he's not part of book club, he had read the book so it...sort of counts!

So first off, let me address the first chunk of this book, the first thirty-to-fifty pages or so: get over yourself. Ugh, that clip at the beginning is just so precious & smug. I get it, I'm a self-satisfied preener, & I am all in favor of a liberal peppering of jargon! Reminds me of Planescape. The first chunk was just overweening, though once you get past it everything picks up; by the end I was enjoying it but for a thriller this was decidedly dense. Oh I meant to say-- it kind of reminds me of Hawksmoor, yeah? But really it is just Gangs of New York turned inside out to be about the police instead of the crooks. So a few things; I find the parallels & the lack of parallels to be really interesting. Everything that Protestants were saying about Catholics in the 1850s sounds...well, suspiciously like what people say about Muslims these days, right down to the bits where you can substitute "crusade" with "jihad." On the flip side, it is funny to see the Whigs & the Democrats & just to have a totally foreign axis of artificial partisanship. You know, it is crazy that people's opinions on economics are supposed to track to their opinions on equal rights which are supposed to track with their opinions on theocracy which match up to their opinions on the Second Amendment...when in fact those things don't neccisarily have anything to do with each other. Same thing for the Democrats & Whigs, but it is stuff like "The Irish-- what to do?" instead of whatever issues we'd assume they were about. Of course, you can substitute "Irish" for "Mexican" & see ready parallels, again. Apparently her second novel is about black & white racial issues, about slavery, so...that might either be interesting or a mess.

Spoiler paragraph! So I thought what was going on with Doctor Palsgrave was fairly obvious; I mean, the slash shape, the suspicious surgeon, yeah. Once it was established that he wasn't a child molester-- which, you know, the whole time you are on tenterhooks waiting for somebody to be revealed as a pedophile-- then it was only obvious that the real problem was a copycat killer, & from there once you drilled down the list of suspects wasn't that big, you know? Though I will say that the bit with Light & Shade in the Streets of New York was pretty lovely foreshadowing; the romantic arc was not what you'd expect from these, though this makes it all the easier for Mercy to come back in book four for a sequel fling. Normally in these types of serials the breakups happen in the gaps, with an episode being bookended at the start with a heartbroken & vulnerable hero & a "happy ending" with the romantic foil of the novel at the end. This one just moves the heartbreak ahead of schedule, making it an epilogue. Anyhow, as long as Bird remains a major character in the follow-ups, I'm good. A few other things, before I sign off: anthropology nerd stuff. So right, forensics was my speciality in undergrad, so these aren't problems I had with the book-- which is at the dawn of detectives in America, so working at a lower level of technology & methodology-- but I wanted to holler out anyhow. First off, on the subject of infanticide & orphanages, I recommend Sarah Blaffer Hrdy's Mother Nature, which I should re-read soon now that you mention it. Second off, when you find a mass burial, you don't count skulls. People have a habit of taking skulls, burying them separately, whatever...or in cases of natural disasters, they can get, well, knocked off. Better to count pelvises; what is called "The Law of Asses."
Collapse