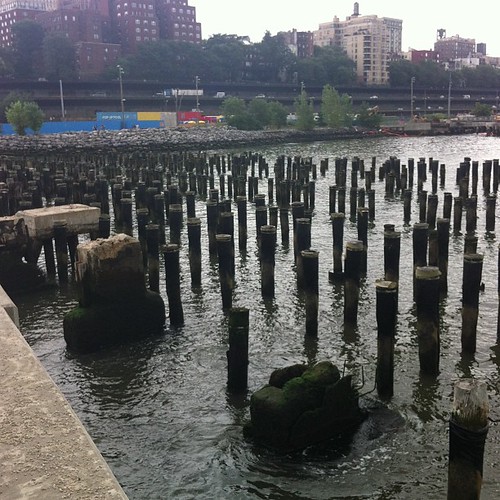 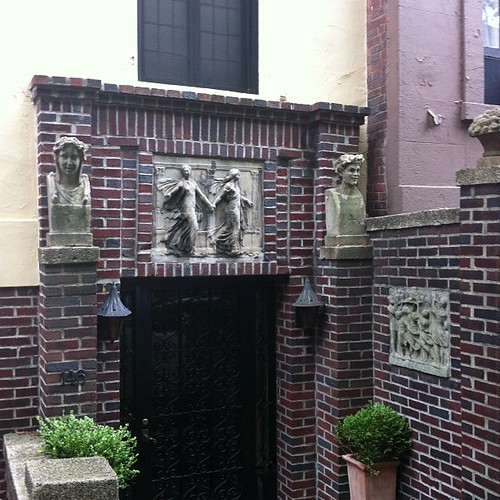 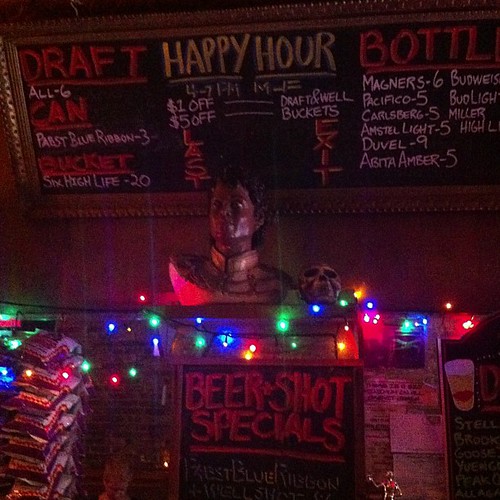 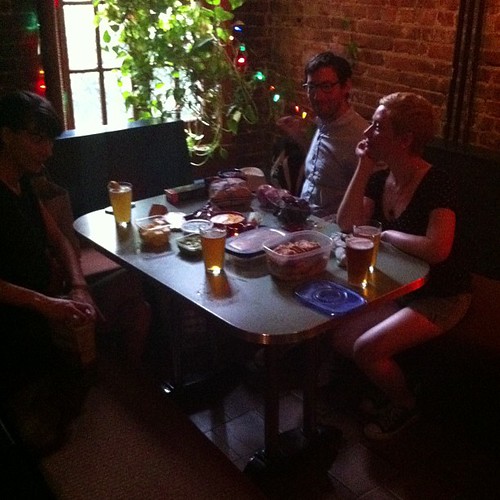 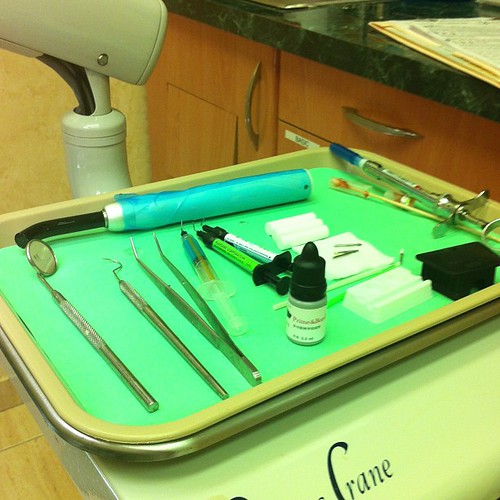 Monday was Labour Day, which I always forget is the West Indian Day parade, we should have done that since

fordmadoxfraud was in town. Weekend, weekend...Friday was played Fiasco, Saturday I...did mostly nothing & then hung out at Kuba & Diane's new place. Sunday was a beach & lobster day. Monday was supposed to be a picnic day, back down on the same lawn in Dumbo where we saw Vertigo, but just as we started to settle in, the rain decided to start...so instead we just walked up Henry Street to a bar on Atlantic called Last Exit, where a guy in a GG Allin shirt standing under a bust of Captain Eo took our drinks for our new impromptu indoor bar picnic. Which isn't a bad little turn of events, huh? & then the rest of the day was spent doing laundry, which makes me sad but needs to be done. We had a good plan! But Kira & Nino didn't go out of town, so we couldn't just hijack their apartment, which...was basically the plan. Anyhow, Tuesday was memorial drinks for a co-worker, & the CEO said a funny eulogy & then we all reminisced over whiskey, which is how you are supposed to do it, I think. Jennifer came & met me there, & then even though we were with Brian, Matt & Kat, & we were all going to the same place, they jumped in a cab & we ended up walking there? Drunken misadventure! I'm still confused how that happened, I was gone for like, thirty seconds to grab my bag! Which brings us to Wednesday. I've been having all of my old cavities drilled out & replaced. Apparently you should do that, because they found decay under some of them, which left unchecked would have become hidden cavities, under a filling, & end up best case scenario as a root canal, or worst case a lost tooth. They did it in four sections, each sit-down a quadrant, & now they are finally finished. The evening was Television Night, where we had over