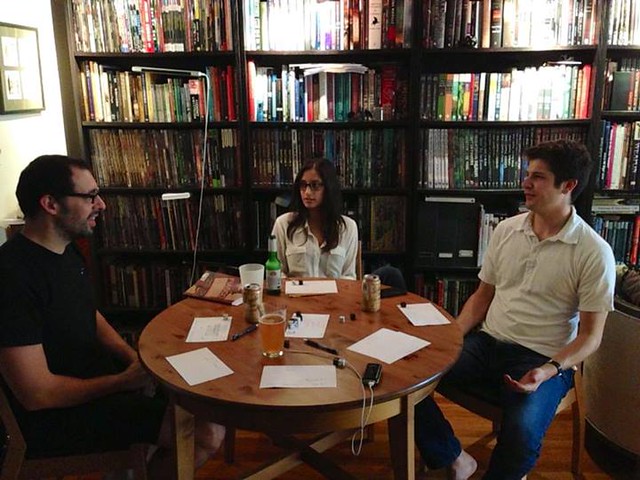 Yesterday I played Fiasco again, this time with Luke, Nicole &...

onatopofthings? I've know Ryan since like, what, freshman year of college? & this is his first time ever breaking down & actually roleplaying. I think it went over like gang busters! He certainly picked up the knack for it. Both of the pictures in this post are his. It was originally going to be the Shogunate Oubliette campaign but too many people couldn't make it, though I am glad we did get to play something, & since Fiasco is Dungeon Master-less, I got to play too! This set was "The Ice," one of the default settings, at McMurdo Station in Antarctica. I guess I swallow the consonants when I say "McMurdo." Anyhow, I played Doctor Thor Reikmann, aged 70, an expert in retreating ice shelves, come to use his expertise from the Arctic down under. Doctor Reikmann is also an environmental extremist, a radical with a penchant for arson. His assistant was Sandra Jones, Nicole's character, the young woman who was outdoors with Doctor Reikmann when...they were the ones who found the body, & now they need to get out of responsibility for the accident. That's not Jones' only problem though; her criminal smuggling partner, Ryan's character Freyr Amundson, first mate on a supply ship. Freyr has a Beretta 9mm. When Freyr is docked at McMurdo, he dorm bunk buddies with Luke's character, Samson Messerde, or really, Thamthon Metherde, from Thenendoah, Virginia, a lisping seismologist with an untoward object that we eventually establish to be a fleshlight. He needs to get laid by anyone, anywhere, to dull the pain. Now, everything in bold in this paragraph is a game element, assorted from a chart; in a way, the tables take the place of a Storyteller. They are dominos, & our responsibility is to show just how unstable they are in the first act.

The second act, well, that is for knocking all of them down. So the first act had the Doctor running around trying to shift blame, to hide the body of "Deborah"; Freyr stows the body on his ship but a routine inspection leads to him picking up the body & taking it back to the dorm room. Samson ends up with some of the Doc's homemade explosives, which he uses to collapse an ice shelf at the Doctor's suggestion, intimating that Sandra will be impressed. Samson was in love with Deborah-- or in lust, at the very least-- & the Doctor wants to keep his attention off dead Deborah & on the alive co-conspirator, Sandra. The second act begins with The Tilt: innocence & collateral damage & paranoia-- a sudden reversal of sadness, fortune or sympathy. In the second act, things go horrible wrong. Doctor Reikmann steals the Beretta but falls during a struggle with Freyr, & breaks his hip...& is left outside to be hunted by orcas under the ice. Samson finds the dead body hidden under his bunk &...Freyr tries to convince him it is a hyper-realistic sex doll. Sandra keeps trying to distract people & stay loyal to the Doctor, but Doc is flailing. He's eventually rescued from the ice, but the evidence against him as the killer of Deborah, in from an ecoterrorist attack backfiring. Heck, Samson ends up hiding from Freyr & Sandra in the sleeping bag where Deborah's body is hidden. & he ends up having sex with her dead body. Because that is just the kind of game it is. Sandra gets a flare gun, shoots him, putting out his eye & setting him ablaze...& when he runs at her, the residue from bomb-making & the explosives she's carrying to dispose of Deborah's body once & for all go off...leaving the final tally as Sandra & Samson, dead; Freyr in a prison hospital with third degree burns & the doctor taking the rap for the whole thing. 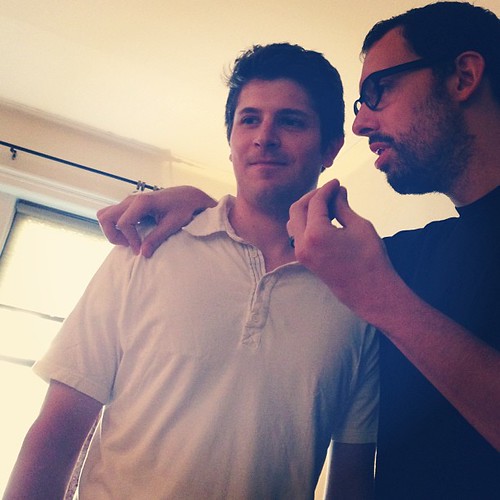