This book club motto
was In Vino Veritas.
(Fly the plane, Maddie.)

This Eleven-Books Club pick was from Terra, & it was a big hit all around. We've been on a roll, lately; The Hum & the Shiver was a big hit too. So before I get into the meeting too much, let me talk about Code Name Verity itself. Reading Gene Wolfe has trained me to expect tricks like this book deploys; I knew right away that it would be split down the middle with the two girls' story, & that the second would be an exegesis on the first. I guess that wasn't common knowledge, because most of the people in the club didn't see it as plainly, so again I invoke Gene Wolfe. I'm not trying to #humblebrag about myself, I'm just noticing the reading skills that being a Wolfe fan has ground into me. Code Name Verity is like a Young Adult Gene Wolfe; a Wolfe novel wouldn't spell things out for you. It would have Queenie telling eleven wireless codes & it would have the French Resistance blowing up the extra wireless sets, but he wouldn't explain the link. Wolfe is like The Usual Suspects but he leaves it up to the reader to have the "oh my gosh, Keyser Soze!" moment. Anyhow, that isn't a complaint! "YA Gene Wolfe" is probably one of the highest praises I could give a book, you know?

So Julie is my favorite. Queenie, Verity, whatever you want to call her. Wein does a good job differentiating between the voices of Julie & Maddie, & if anything I thought Julie might be a little too Mary Sue...because you know, the clever trickster in the face of ultimate adversity is sort of my jam. You know, because the Nazis are...the Nazis. I was just watching The Golden Compass at the gym; Lyra Silvertongue is also a hero of mine. "Good Guy Loki" as an archetype I'm into. So I wasn't sure if Julie was "too much," because...well, I like getting too much of what I like, I don't mind! We decided she wasn't. "Julie is a good liar & Maddie is a good pilot" is baked into the premise, you know? Well, I like Julie! I want to play Dungeons & Dragons with her. That said, "fly the plane, Maddie" is maybe my single favorite building block of the book. But Maddie-- this made me crazy-- stop writing all of this stuff down! I wish her whole story had be in the style of the accident report, that it was her briefing back home. Maddie! You best friend is being tortured to death & not revealing state secrets. How about if you don't write down a convenient list of those state secrets...especially not when you are on the edge of being discovered by literally the same Nazis? & give Julie's notes to the government, Maddie! Who knows what other state secrets are in there!

Nacht & Nebel, Night & Fog. That is what the Nazis called it, when they indefinitely detained people they suspected of "endangering security," as Julie put it. Oh, a semi-secret prison system where people are kept & tortured without trial, often along racial lines? Yes, that sound terrible. Oh wait, America does that? Like, exactly that, right now? Oh. Wein doesn't make a big fuss about it, but I couldn't help but read Queenie talking about Night & Fog & think about how Guantanamo Bay detention camp is...well, a real thing. It makes me pretty angry; I know America is a country founded on genocide, built on slavery, where the Founding Fathers explicitly limited liberty to men, to white people, to people rich enough to own property, I know about the Japanese internment camps of WWII & all that, but there is a part of me that thinks of America as the utopian dream of the Enlightenment. As the experiment that keeps going astray but does at least try to get it right, to do better. Heck, people elected Obama in part on the promise that he would put an end to Gitmo, because...well, because a secret prison where people are held without trial & tortured is...terrible? Anyhow, like I said, Elizabeth Wein doesn't draw that line for you, but it was hard for me to overlook it.

Oh, a thing we talked about was e-books! So, in the discussion of "figuring out" that Julie was encoding secrets into her missive, I mentioned how the double agent collaborator is like "I'm looking for veritas, you know, vérité in the French, wink wink, nudge nudge," & how whenever I see underlining in a book I just assume it is a secret message. Well! People who read e-books see passages highlighted & underlined by other readers...& it is "on" by default? That is pretty messed up. Anyhow, so a couple of our club members were thrown off by that! I should do an attendence rundown at this point; obviously Jennifer was here with me, then

carmyarmyofme was first, & her review is here, & she was followed by Terra on Facetime, telecommuting in from Shanghai, then

littlewashu came (her review is here) & she brought her sister-in-law, May, to join the club! Then

fordmadoxfraud joined up in Google Hangouts, live from San Francisco; his review is just "Can't remember the last time a book made me cry this hard." Beatrice was last, & here is her review. So we talked about the book for a while, & then we (as usual) devolved into less of a book club & more of a booze club. We ended up eating ring pops & talking about genealogy all night, & I learned that "Fitz" is a prefix that basically means "acknowledged bastard." Awesome! 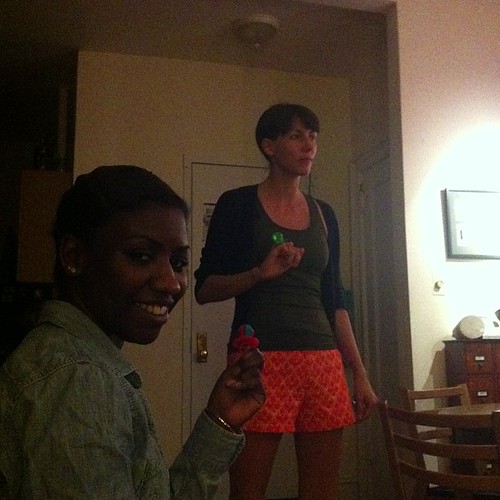 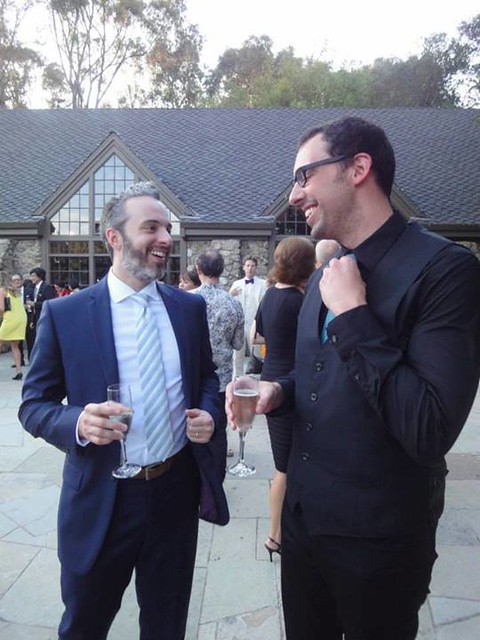 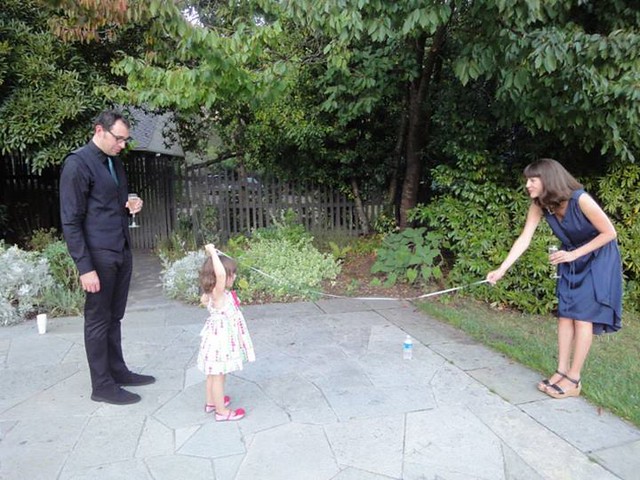 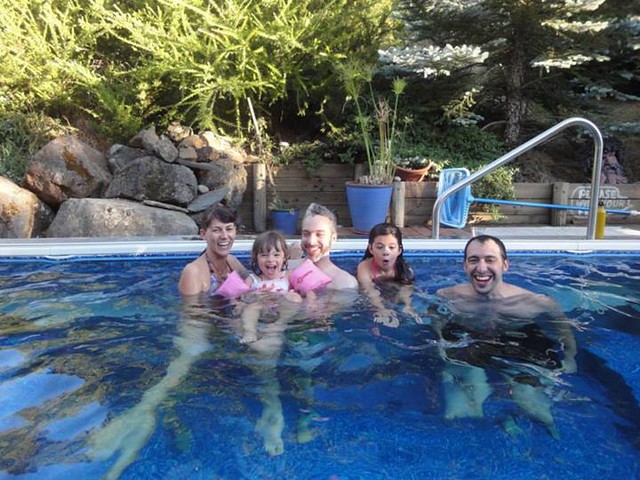