I watched the second Silent Hill movie, Silent Hill: Revelation, the other day. It was alright; a lot more like a horror movie than the first one, though. I'm not really a horror movie kind of guy. This movie had a lot of Hellraiser in its DNA. Which is not to say that is absent from the first, but the ratio was different. With the more straight forward horror, like ...Revelation, you follow a pattern of "normality, suspense, scare, normality, suspense, scare, etc." right? The first movie, though was more like "normality, suspense, scare, surreal, suspense, weird, scare, suspense, surreal, etc." Less of a cycle, with more..."dark fantasy." It sounds super lame but I guess "dark fantasy" is what I'm into. I prefer the term Weird, though. Anyhow, so I "really like"-- in that it is a b-movie that I have a fondness for-- the first Silent Hill. This one I..."liked fine." Which is to say, it was less my cup of tea, but there were parts I liked. Adelaide Clemens for one. Oh! Kit Harrington, also known as Jon Snow from Game of Thrones was in here, all shaved & like, looking like Chachi. Sean Bean was it in it too! & he didn't even die, though he did, spoiler alert but not really, choose to stay behind in Silent Hill to look for his wife. I liked that the movie acted like "Silent Hill" is a kind of thing, rather than a specific proper noun. To my reading? The ultimate supernatural shenanigans of the story is of a war between demons; between the old god of Silent Hill, Pyramid Head, & the would-be usurper, The Missionary. Anyhow; I've been watching a lot of media lately, & haven't really been digesting it, so maybe I should step up my game. 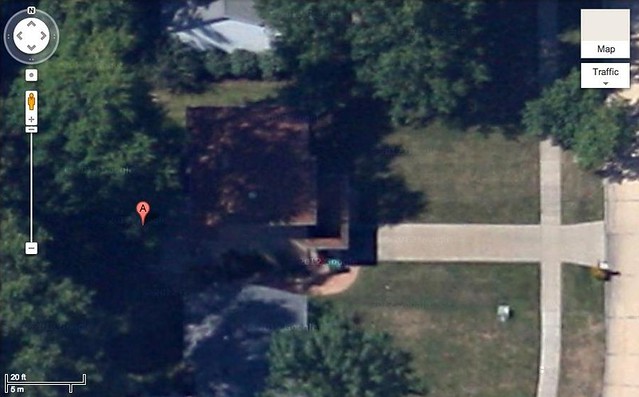 Yesterday I was watching Ze Frank give a TED Talk & he challenged people to use Google street view to follow a path they used to take when they were a kid. So I did. Well, sort of; there hasn't been a Google car through where I grew up, but I grabbed the satellite images. Being in the future is cool, huh? "Oh, there aren't public photographs of everything yet, just mostly everything, so I had to rely on pictures taken from outer space." Weird world. Anyhow, above is the house where I grew up, & below is the beach I would walk to & hang out at. Read, swim, whatever, I spent a lot of time at that beach. I also looked at some of the stuff I used to hang around at when I was in college, but that weird little island in the Cuyahoga by the railroad tracks is gone; they turned the waterfall off & made that whole area a manicured park. Everywhere else just looks like brutalist squares; as disinteresting as you might imagine. Still, it was an interesting thing to do; long unused neurons started firing off. "Oh yeah, I remember something about that!" Brains have memories, I guess. 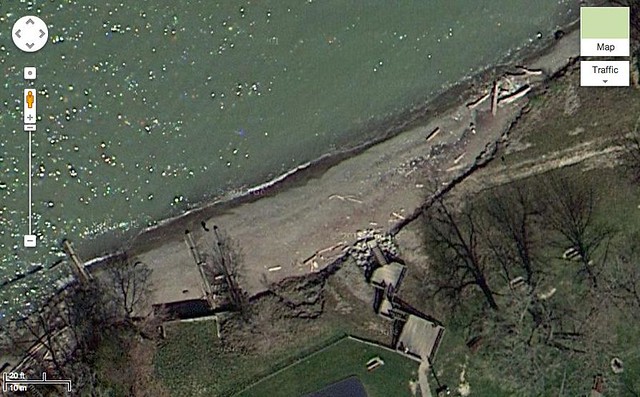