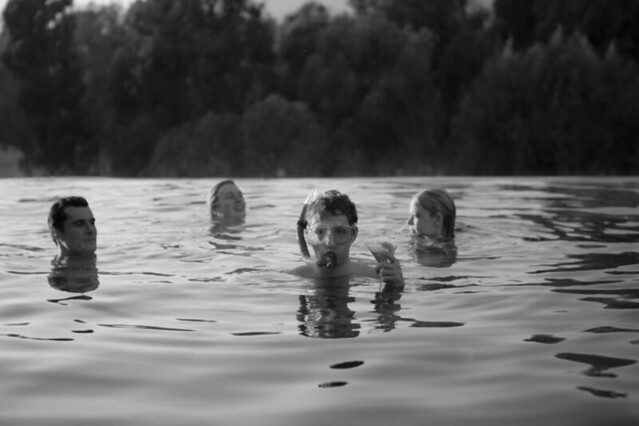 It seems almost beside the point to talk about this movie. People fall pretty squarely into two camps, as far as I can tell: one group is predisposed to like it because...well, it is Joss Whedon doing Shakespeare with his stable of actors, & the other group...wants to hate on it from a sort of too-cool-for-school reactionary attitude. I...am a member of the former group. A bunch of actors I like got together to do a play I like! It is fun. Jennifer & I saw Much Ado at Roosevelt Island with Terra & Scott last year; this time it was at the Sunshine with

onatopofthings, & we ran into Vicki & Krestyna in line. Here is the thing about Much Ado About Nothing; Twelfth Night is my favorite Shakespeare comedy but Much Ado seems like the only self-aware one. It is the one play where, after the messed up gender stuff happens, people are like "that was not okay." I'll always have a soft spot for Benedick for that reason...& weirdly, it is why Fran Kranz's Claudio was maybe my favorite? I hate Claudio, but Kranz played him with a sort of befuddled earnestness where you could believe he was more of a hapless idiot than anything else...not that being dumb excuses being a misogynist who listens to the obvious villain over your own supposed true love.

I don't mind a little fan service. Giving us Amy Acker as Beatrice & Alexis Denisof as Benedick recalls Wesley & Fred from Angel & that is fun. Yes, it is self-indulgent but it is also a layer of meta-text. Clark Gregg's Leonato & Reed Diamond's Don Pedro were...drunk as hell the whole time. Sean Maher has a distinct unlikability; in Firefly it was used to deal with issues of class, but here it is just blatent, as he's Don John. Riki Lindhome is his Conrad, & they pair them up in a way I found pretty fun; the whole time I was like, "wait, where do I know her from?" & the answer was Garfunkel and Oates, right, got it. Fillion's Dogberry (with Tom Lenk as Verges) didn't blow me away; the clowning wasn't as slapstick on screen as it might have been on stage, & Whedon didn't give it enough awkward camera time for Fillion's hamming it up to sink in. Actually, it was Denisof & Acker's pratfalls that really won me over. Really though I can't complain at all; I wanted to see all of these guys in a Shakespeare play. That is what I was promised & that is what I got. As a side note: Whedon left the "Ethiope" line in, but included a black actress reacting to that line. Which is a sort of funny gag-- again, meta-text-- but did highlight the fact that the cast was lilly white.

In case you didn't know what a big nerd Jennifer is, here is a compilation of her writing into F/X's show Backchat when she was 14.
Collapse