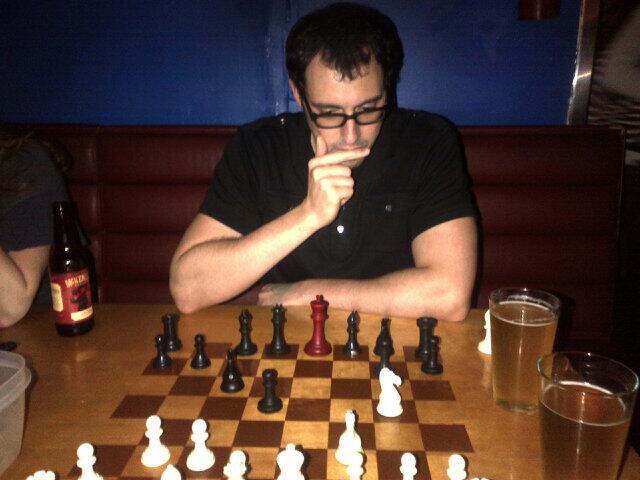 So, Jennifer has pink eye; that is a thing. Mostly it means that I wash my hands compulsively & remind myself that she's not cuddling because she's sick, not because she's emotionally distant. Trusty old abandonment complex! Anyhow, that was why she didn't go to Katie F.'s birthday party, which was a swell old time. I don't normally dig on the West Village-- I'm lost basically the second I cross Sixth Avenue-- but I had a very nice time this go-around. At Wilfie & Nell I had a really quite delicious Scotch egg, but Bua is better. Then the party moved to Fat Cat where I lost in a game of chess against Jocelyn & was demolished in a game of ping pong. Today I'm off work, on account of summer hours & having to work late last week. So is Jennifer, because of her pink eye, but she's working from home. So I have to remember that she's not ignoring me, she's at work. Oh, you, abandon all hope ye who enter here complex! What else?

onatopofthings is in town, & now that Strange Tales of Preston Stagger is over, we can actually hang out. Oh, & Television Night!

fordmadoxfraud moved to The Saint's City in California at the end of the month, & now

elladorian is gone too; she came to TV Night for her farewell hurrah. The times, they are a changing. We watched Urban Tarzan which is so fake? It is even faker than Amish Mafia or whatever that show was. What else? I don't know what else, I'm still sort of...disconnected from everything. Up inside of my own head. Wrote myself a note last night that said: "Superman rescues everyone & they are the Big Bang."
Collapse