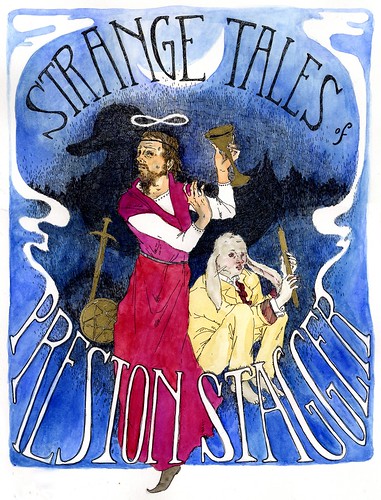 I've been bad about blogging lately. A mix of things. Some energy goes into Tor.com, some energy goes into resharing things on my Tumblr, I've been having to work through my lunch breaks rather than use them to write, that kind of thing. Otherwise, my schedule has been fairly stable. Television Night on Wednesday, where we finished up Joe Schmo & moved on to Solitary. Stories of Our Youth is about to be wrapped up, with just two more sessions left because

fordmadoxfraud is moving from Metropolis to Star City; Zuggtomoy must die! We've had a bit of trouble scheduling my Oubliette campaign but everyone seems devoted & that is fun. Book Club just added two new members to replace folks who weren't able to make it. New blood! Jenny got a new job & the hours are much more reasonable than the old one. Sort of...things have been just...regular, I guess? Terra came & visited & that was even more regular! I mean, when she's in China we mostly talk at the beginning & the end of the day, because of how time zones work out, but when she visited it was back to the usual standing lunch plans. 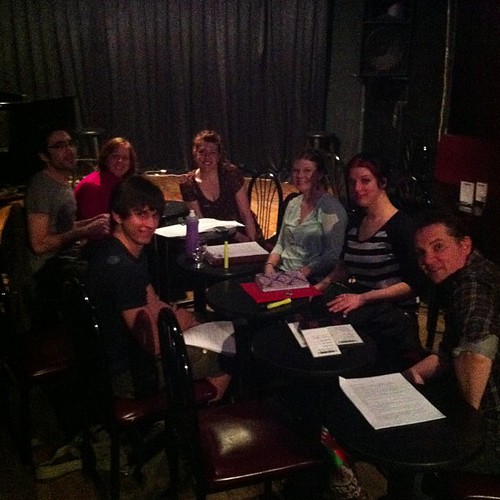 I guess the most exciting news is that I'm going to be in another play! Strange Tales of Preston Stagger, which I like to think is in a shared universe with Witch Prison! It involves a magician who solves crimes & his anthropomorphic sidekick; "a one act play with a two drink minimum." I play the eponymous crime-fighting wizard. Poster by Julia Gfrörer, by the way.

ravenface is only in town for a month, so it will be jam packed. Two of the people who were in Cocktails at the Centre of the Earth are running the show, otherwise, & it seems like it will be a pretty professional cram session of a month, though we're having a tricky time nailing down rehearsal dates for me & my parter at the moment. But! We did have our first read through & it was really funny; there were jokes I didn't "get" on the page, but hearing them out loud (perhaps said with ridiculous accents, I'll never tell) was hilarious. So that is happening at the end of the month, beginning of next month. Just three shows, so you should come!
Collapse