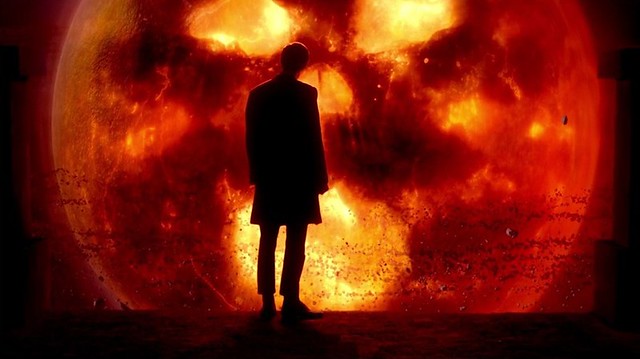 I'm not really into my birthday this year. For one, I've just got a pretty full dance card already. Between running Oubliette every other week, Television Night every Wednesday & AD&D every Saturday, I pretty much have my social needs met. Toss in hanging out with the work crew & that is a week's worth of extroversion, easy, plus you have to take into account lunch rendezvous. Then you have to factor in that I'd really rather be hanging out with Jennifer, anyway. Anyhow, my point is that the idea of planning something, while fun in theory-- I get to mix friends groups-- isn't really all that appealing in practice. I don't know, instead I'll get lunch with David & Terra & just be, whatever, older. It isn't even a good year, I don't unlock new jokes or milestones or anything. Oh well. What about my weekend? Well, yesterday I went to the gym, watched Olivia, & then Jennifer & I went to a birthday party. It was a whole event, with food & an open bar; we left relatively early. That pretty much sums up my weekend; we watched the Doctor Who episode "The Rings of Akhaten," which was very science-fiction-y. There was a Mos Eisley cantina planet, hover jets...& an ancient Egyptian vampire alien, apparently. That is my scene, especially when it gets upgraded to "creepy face made of solar flares." Even better! Adventure Time had an episode called "Puhoy" that was basically "The Inner Light" from Star Trek only with the opposite ending. Oh otherwise though I don't know. I'm content but anxious. My experience as a middle class adult leads me to assume that "content but anxious" is sort of the default setting. Like, I guess that is what being alive is about.
Collapse