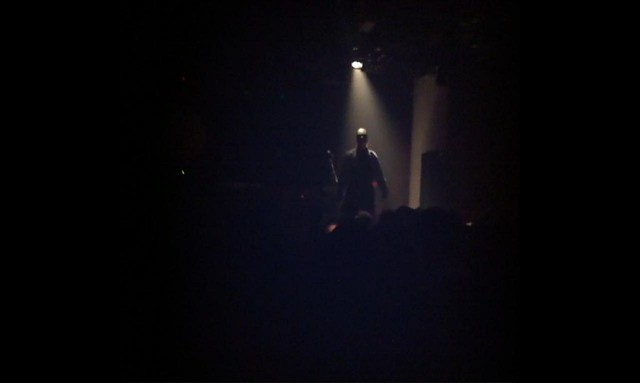 So & then last night was a Protomen concert! My ears are still ringing, which I take as a good sign. Though not, I guess, for the tiny little broken hairs. Anyhow, real quick. I went to the dentist first thing; I'm getting all my old metal fillings replaced by new ceramic ones. Good thing, too; the dentist found some decay under a few of the fillings, which is why you are supposed to have them replaced every...wow, I've had these fillings for like 25 years or something. Anyhow, it is arduous, in that it will take four visits as she does a quadrant of my mouth at a time. I hate needles, but then doesn't everyone? Mostly I suck it up for the novocain part & then the drilling I don't mind; I just don't like how you can't breathe right. Like a touch of waterboarding. Then after work I went over to Matt's new apartment! In the same building as Kat, which makes life easier for everyone. She came over & weirdly enough, was wearing the same shirt as her mom was wearing in a photo of Kat as a baby from the 80s. Justin was there-- who I haven't seen since Matt's last housewarming-- & Katie also came over for a bit. We all split ways & off I went to the show! I met up with James, Edbury, Will, Jon, Kevin, & some other assorted friends of theirs. The show was pretty great! I think Santo's Party House is a pretty good venue. The crowd was odd; I'm down with the nerds & the steampunk kids & the weirdos, but the pickup artists & Nice Guy™ percentage was high for my tastes. The first act, FORTS, was alright, in that Mazzy Star drone sort of way, but the other opener, You Bred Raptors was...not at all my cup of tea. FORTS was lit by a Lynchian blue & red, which helped, as did their 80s ballad montage. You Bred Raptors looked good on paper, with a cello & 80s action covers, but...no. Also, Edbury & James & myself stood by the Worst Couple Ever. I'm down with making out at the show & obnoxious displays of affection in general, but these people were rude as hell. Doesn't matter! The show itself was killer. They did two songs off their next album, Act III! One of them, "Hold Back the Night", was fronted by The Gambler, which is awesome, awesome, awesome. Talking about shows is always strange; I don't know what to say! They played songs I like, in an interesting order! There was a lot of bringing the sensibilities of Act II to the songs off Act I; the set started with "Unrest in the House of Light" & it might as well have been at either the beginning or end of Act II. Set the tone for the evening! I had my coat & bag, so I was uncomfortable, but they made me forget about it & pump my fist like a maniac. Hope rides...alone! We are the dead! Hold back the night!
Collapse