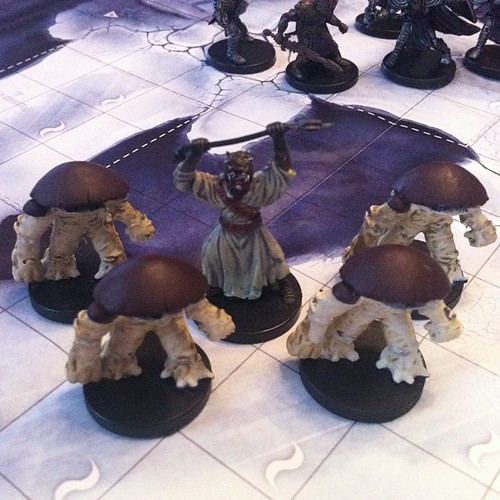 fordmadoxfraud's AD&D campaign Stories of Our Youth, the elf thief Curulókë, has articulated as his philosophy. He grew up in the elf dystopian commune of the Smiling Parliament, in Barovia, but last session he had a character-defining experience, when he adopted a tribe of myconids he created on accident, in an attempt to keep them from the sway of Zuggtomoy in the Temple of Elemental Evil. Now he is thinking that if he can get out of here alive, with his "mushroom babies," that he's going to start his own elven community, the Court of Toadstools, or something. If he lives to 10th level he gets followers, which would pretty much cement the deal.

The most recent session was a lot of fun! We were recently stranded in the Air Node, a demiplane being used by the Temple of Elemental Evil to manufacture creatures to send out to harass the Prime Material. At least, I think that is what is going on. Awhile back my gear had been melted by an ooze, including my armor but more importantly, my clothes. Originally, Curulókë dressed like a cyberpunk vampire-- dystopian from Barovia, like I said-- & that was my motif for a while. Getting a cloak of elvenkind was an essential touch, but the core outfit stayed the same. Eventually I got a new mini, but not before Alicia's character Aeryn Prow saw my face. See, I wear a veil! Cultural reasons. Anyhow, with my stuff shredded, I was making due with ad hoc bandanas & such, but in the Air Node I got +1 quilted armor & started wearing the sandfilter to cover my face instead of a veil. Now I really look like a cross between Khan Noonien Singh & a Tusken Raider, so I got a new miniature & a new character portrait to reflect that. 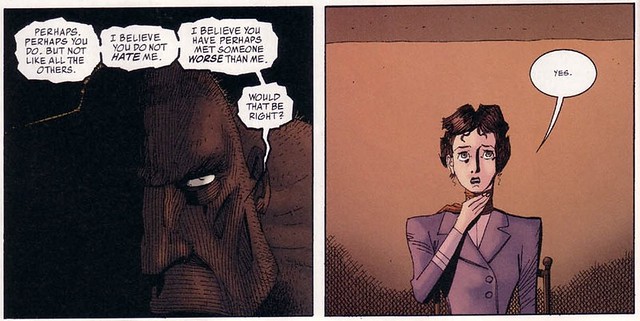 This session we delved into the Water Node.

skycornerless were there with Alicia & Me. Ken couldn't make it, so his half-elf cleric/thief Harlowe went off on a side adventure back into the Air Node. Lilly's half-elf druid had been tempted by the anti-villain of the Air Node, Ashram, & then she skipped a session; she came back no longer wanting to be called Gilda but Grizelda, her white hair now salt & pepper, & her teeth filed to points. Oh, pointy teeth? Curulókë is super suspicious of that vampire stuff, like I said; he's from Barovia! Actually, his backstory is basically Mina Harker from League of Extraordinary Gentlemen. He was swept up in the story of Strahd von Zarovich & Castle Ravenloft. Instead, Curulókë just focuses on trying to teach the myconids how to be sneaky & how to be Neutral. We elect to go to the Water Node & so touch the relevant symbol-- a green triangle-- & we vanish & reappear on a frozen expanse of ice. Aeryn in fact plunges right through it, soaking, dangerous. I pull her out with a rope, & meanwhile Emily's elf fighter/mage, Vigda, seems to have an agenda of her own. She keeps communing (?) telepathically (?) with the ice (?). It is unclear, but Curulókë isn't concerned; she's just got her own stuff going on, whatever it might be. Snow stuff; she is from the Lover's Fjord, after all. In fact, Vigda pretty much aces the Node; Aeryn & Curulókë spot some frozen bodies, but Aeryn points out that while they look like failed attempts to traverse Everest or Antarctica, as we watch they slough off their flesh, emerging as necrotic ice elementals. That avoided, we actually head towards a group of humans in heavy furs. When we are close, Aeryn uses an artifact to detect their alignment; Neutral Evil! Vigda charm persons the leader & uses hypnotic pattern to befuddle the rest of the group. I strip them of all their weapons & armor...& then I strip them of all their survival gear. Curulókë isn't a good guy, he's just not a bad guy. & these guys are cultists of Evil, so...oh wait, they aren't? People are talking to the charmed leader, & he says they are just thieves who got trapped here. Oh well then, that is alright; Curulókë dresses the bandits back up in furs; keeping enough to give the party excellent protection from the elements, but giving the robbers back enough so they won't freeze to death. 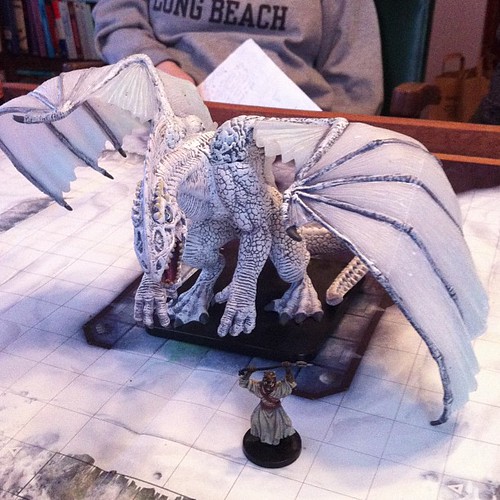 With a big mouth opened wider by charm person, the bandit leader says his name is Grak, & when we ask him where the crystal is that anchors the plane, he tells us. We head off that way; we know there will be a guardian, like the Air Node's storm giant, but I don't think any of us are prepared for what we find: a gargantuan white dragon. & by "gargantuan" I don't mean "enormous," I mean the size level, I mean that is how big it is. A great wyrm or something; greaaat. Luckily, Vigda knows a thing or two about ice dragons & she knows that they tend to be (or always are, I don't know how dragon alignments work in second edition) Chaotic Evil. Aeryn has a crown, fit for the head of Zuggtomoy, with slots for the jewels, that gives the bearer a Charisma 20 whenever dealing with Chaotic Evil creatures. The plan is simple; she'll go forward, distract the dragon, & Curulókë will sneak under it & steal the Water Node crystal that it is brooding on. Vigda & Grizelda will be ready to rush in if things go bad & the mushroom babies will stay hidden. Once I get the crystal, I can teleport us all out of there. & it actually goes off without a hitch! I sneak like a ninja-- I'm rolling under 10% here a couple of times on a 95% move silently skill-- & Aeryn is quizzing it. The dragon is trapped here by the band around its neck, serving at the whim of the High Priest of Iuz for Zuggtomoy's pleasure. To remove the band would kill it. Keep it talking...I get the crystal & start sneaking away when the dragon notices that it is gone. Uh oh...we go to initiative & I roll pretty well; a three! I ought to go first. The dragon rolls...oh no, a three. Let's compare Dexterity scores...oh yeah, I have a 17! Zot! We teleport out & back to the Temple of Elemental Evil, our plan a huge success. 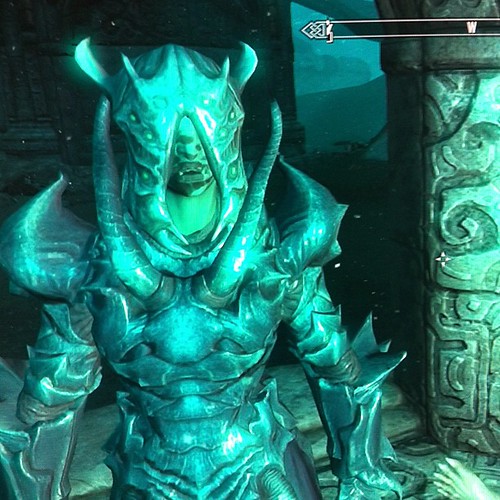 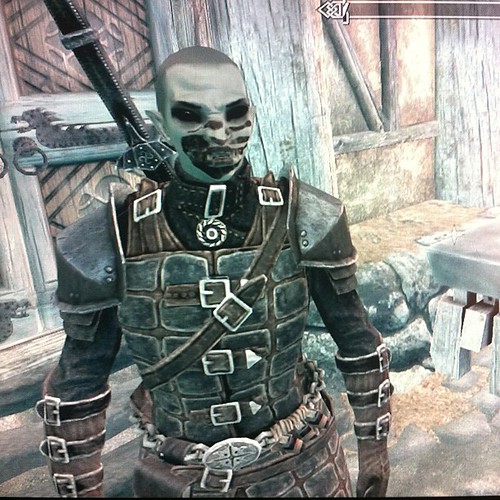 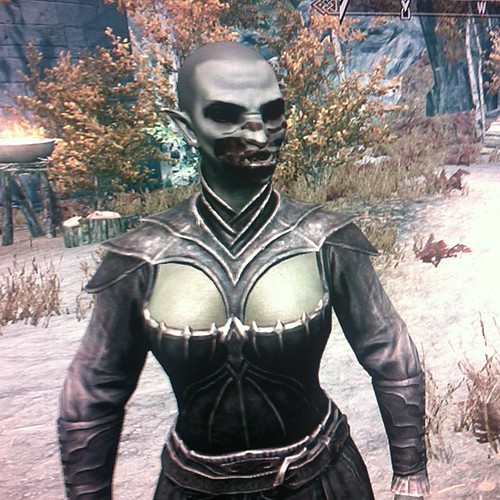