"The streets stink of spice,"
Mother Superior thinks.
Hand around a knife.

This book didn't go in the direction I expected, but I ultimately found the end acceptable. I liked Green a lot; it took a sort of YA trope & twisted it into a sort of...well, story about Dungeons & Dragons divinity. Endurance turned that into a sort of Second Wave Feminism story, with "women only" gods fighting against misogynist men from the wizardly Saffron Tower. Kalimpura I thought would take those Second Wave ideas & go to the next level, but instead it stayed a story a bit about gender essentialism. Not from an authorial voice, but the character of Green never evolved beyond an "us & them" mentality. Which, I know that sounds sort of like "privileged dude" talk, "oh but what about the good men?" but that isn't how I mean; I just thought her position could deepen, whereas instead her being a mother just pushed her further into an essentialist position. Another problem the book struggles with is upping the ante; in the first two books, Lake excels at showing off the ecstasy of divinity, as well as Green's sort of gradual numbing as she constantly is exposed to them. Kalimpura takes it up a notch, invoking the ur-gods, the Titanics, who are raw concepts like "Time" or "Ocean" but they are just too big for the page. The immediacy is lost. Still, I hope Mister Lake feels better; I think there are promising spin-offs to be made about Green's twins, & prophecies still left to be fulfilled. 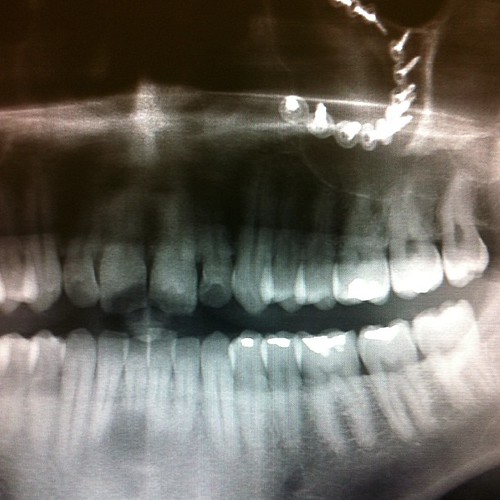 You can see one of the three titanium plates in this x-ray from the dentist. 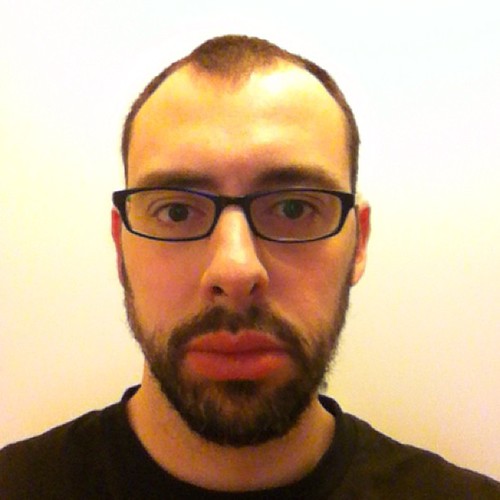 This is where the Beard Experiment is at, after a month of growing it.
Collapse