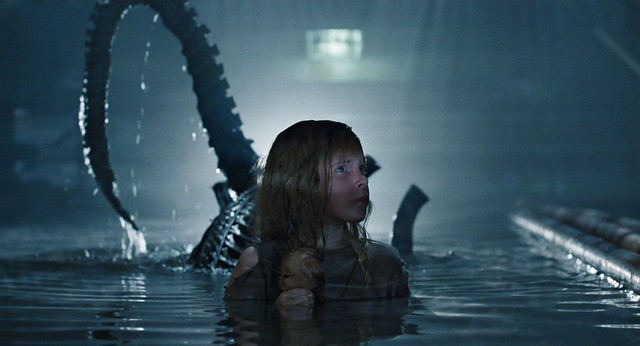 After successfully watching Skyfall I think Jennifer's gone on a movie kick. I'm a sport, but I'm also fussy all the time lately, but we've been finding agreeable movies for both of us. On Tuesday I had drinks after work with co-workers; not just my friends who I happen to work with, but also co-workers. Including co-workers who are friends, friends who are co-workers, regular co-workers, regular friends...basically any way you can combine the terms. That was fun, & then we came home & I convinced her to watch Aliens. That sure is a great movie, isn't it? Jenny thought the action sequences were "boring"-- I don't understand her, she's a mystery-- but I think she liked it. Still, it was another night of not gong to bed early! Worth it for some Hive Queen goodness, though. That was nice. Then Wednesday was Television Night! Jenny actually got home first-- our food took forever though & I had to go out to pick up something else instead-- followed by

fordmadoxfraud. Getting started was a bit hectic! I went out-- fussy & grumpy-- to get dumplings, & brought back Snickers ice cream bars, since they had been demanded. Then James & David brought back doughnuts. It was...pretty gross in my apartment, a sugarpocalypse. We watched Joe Schmo, the bounty hunter one, & then the most recent episode of New Girl. I had lunch with

elladorian today, though, & she says I missed an episode about a parking spot & about an Indian dinner? Maybe that is true! I can't say for sure.

Superman: Peace in the Balance by Michael Teitelbaum.

Like I said about the Batman one of these; this is a Superman Choose-Your-Own-Adventure. I don't know what else there is to be said about it. They are aged pretty young-- I'm definitely not the intended market-- but they are a lot of fun. You get to be Superman. There are lasers & kryptonite & Braniac & Luthor & space stations; you have to balance your superhero life against your civilian secret identity, it is a lot of fun. & puzzles! Mazes, word searches, brain teasers. There is a Wonder Woman one of these floating around, as well, & I am excited to lay my hands on it & flip through to see what kinds of adventure she gets up to, as well.
Collapse