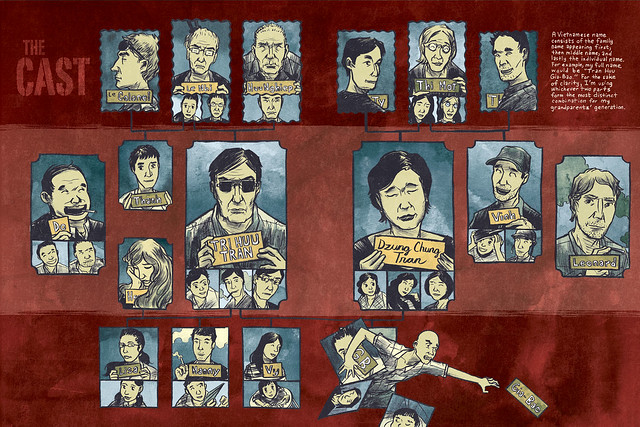 We brave few remaining Eleven-Books Club folks met up last night to discuss Vietnamerica. This was

carmyarmyofme's pick, & she was there, as was

littlewashu & Beatrice, along with of course me & Jenny. The moral of that sentence is that people with Livejournals are more reliable than other kinds of people! Though you know, I don't mean to cast too much shade on those regulars who just couldn't show up, like Terra who manages to videochat with us despite being in China more often than not. More it is just becoming clear that we need to prune off our friends who generally can't make it & maybe find some new people to fill in the roster. David brought Vietnamese food-- including frog legs that people said were not very good-- & Kerry made a dip which I neglected to try. Here is the thing about Vietnamerica: everyone liked it! It was universally acclaimed. That is a first, too! Normally we all agree on our critical opinions, but vary on whether those discreet elements are pros or cons, like our meeting for This Dark Endeavor. Then again, at our last meeting for Christie Malry's Own Double-Entry, we didn't agree on the moving pieces, the gears & cogs, so maybe it isn't such a truism. Anyhow, everyone liked this. We deviated to talk about punishing children & how we were brought up & to talk about Buffy the Vampire Slayer, but Jenny brought us back on message. It was a short meeting-- we all...liked it! Not a lot to disagree about.
Collapse