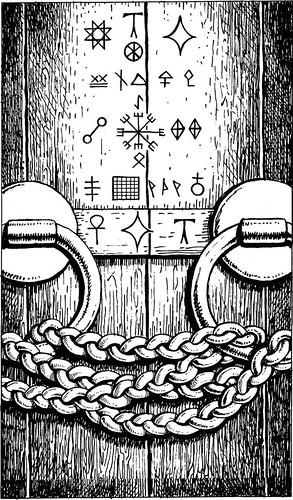 fordmadoxfraud's Advanced Dungeons & Dragons campaign, Stories of Our Youth of the new year! Just me, Alicia & Ken. A three person party is pretty nimble; my last campaign was mostly three players, when it was still happening regularly. A lot went down, is what I'm saying, so I'm sure I'm leaving things out. Let's just assume that I'm forgetting all the good parts-- or all of the particularly noteworthy parts-- going into this. So, not only are we three players, we're three thieves, as in thick as. My elf thief is Curulókë, Alicia's human thief is Aeryn Prow & Ken's thief/cleric is the half-elf Harlowe. I don't think that is how you spell Harlowe, but he spells Curulókë with a K so...close enough. Last session left off with Harlowe screwing around with some puzzle-tiles in front of a throne. After a night of rest, we picked up there, with the puzzle all figured out. White, brown, green, red, hop on the throne, say "Zuggtmoy" & whoosh! Express elevator down past three hundred other rooms. Right to a big creepy purple throne & a door covered in chains. First thing first-- Curulókë carves his name into the throne. Deface all profane relics! Other thrones: a gold throne in a secret room & a silver throne guarded by some crazy prismatic sphere loving lady. Graffiti'd! So alright, what happened? A lot of old school dungeon crawling. Some acidic jellies melted all of Aeryn's stuff in a room made of creepy fungus. Later, those same oozes melted all my stuff when I tried to get clever & steal green goo. Luckily, there is a bunch of other silver weapon stuff. No short bows...only long. Hey, I'm a fletcher, maybe I can whittle a bow down? Worth a shot. Also: turned some giant valves to the on position! I dunno why, or what they do, but after the Illfarin fountain, that is sort of my jam. The poison trap protecting the valves really messed up Harlowe, & the shrieking fungus in a hall of statues messed us all up. Dexterity damage! Mostly the highlight was "The Crone," an old woman who I eventually decided was a Tharizdun cultist. I took her magical pillars, which were secretly rods, which are probably secretly keys. She told me too & now I'm wondering how ruined by Tharizdun Curulókë is. Oh also: I totally murdered a sleeping hill giant & then we aced a couple of bugbears. What, I've been playing Assassin's Creed, that is how I roll now. 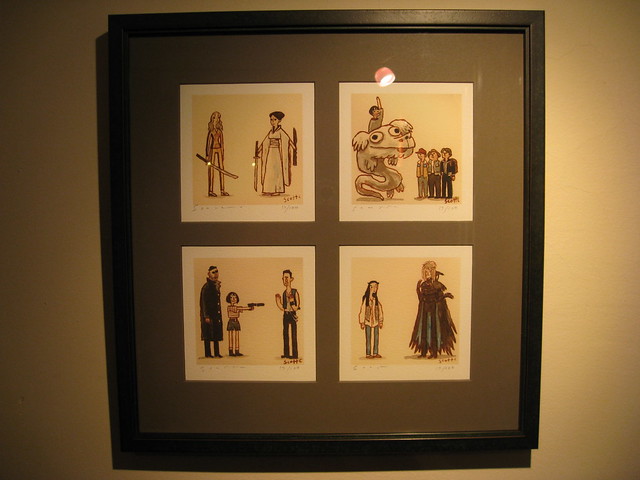 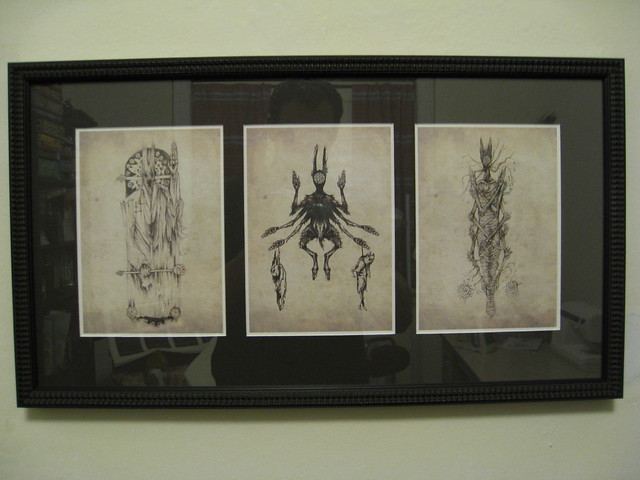