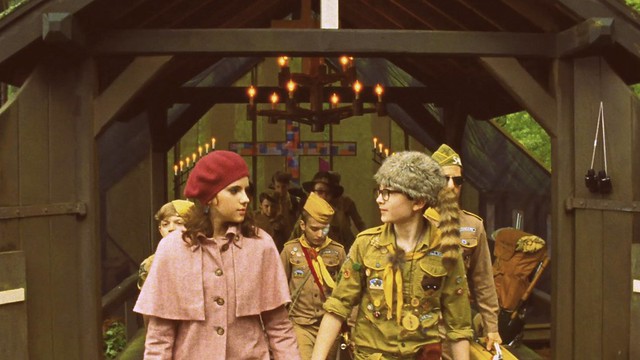 The first part of the hurricane was your fun shut-in stuff, board games & drinking. The second part of it was less slumberparty, more camaraderie...well, & also drinking. The third part of it was...well, just sort of being stranded. Where I live was largely untouched, & so things got back to a kind of normal really quickly, but life never started back up. Lower Manhattan-- you know, the part where everyone works?-- was lights out, so no one had work. Trains-- you know, the ones that go underground?-- were flooded, so the only way to get out of Brooklyn was to wait in a giant line & take an express bus in. Which is what Jenny had to do; she was a trouper & found temporary space for her company, so they reopened with limited functionality. Terra lost a couple of fences & a window to falling trees, & so when Friday came & the trains upstate restarted, she headed home to fix them up. What did I do by myself? Well, they finally reopened the gym, so I went there, so there was no disruption to my routine. Other than the too-much-food & too-much-drinking of the hurricane. Anyhow, otherwise I...I don't know, I hung out on the internet & tried to make stuff happen. I...played some Neopets. I'm not proud. All the volunteer work were giving the "listen, disaster tourists, your conscience isn't our priority, just give us money, stop giving us clothes or food or trying to get us to drive you to Staten Island."

One really bright point, though, was watching Moonrise Kingdom. Wes Anderson isn't always on his A-game, but when he is, he's great. Basic rule of thumb: I don't like things with a manchild in it. if it contains manchildren (menchilds?) I'll be annoyed. It is an undercurrent that can sabotage his films for me; strangely that means that the more pretentious & high concept stuff like The Fantastic Mister Fox are pretty safe bets. & yeah I know that my affection for The Royal Tenenbaums sort of puts the lie to that rule, but the arc of the film is an end to the immaturity, right? Wounds healing? I don't know, & I don't want to get sidetracked. The point is, since Moonrise Kingdom deals with an actual coming of age-- not a belated one-- it really worked for me. Also, I don't care about admitting this: I'm a sucked for precocious kids. I know the cool thing is to pretend to hate precocious child actors, but when it works it really works...& here, Jared Gilman & Kara Hayward sell the heck out of it. Moody twelve year old girl, I know you! Oh, weirdo Boy Scout? Um...huh! In the same way that Tim Burton was really good at depicting the creepy candy coloured suburbs of his youth, this whole Scouting spoof was a weird angle in to my childhood in the Wasteland. A minor detail, but enough of one to make me think about being a little Boy Scout & being in a pretty legitimate wilderness situation & making a break for it for true love.

Man, yeah, okay, Wes Anderson, you win this round. The creepy church play, too, I can't help but admit that it struck a chord of verisimilitude. Oh or the science fiction novels that Suzy reads; yeah, yep, I definitely know that very specific slice of genre! Supporting cast was fine: your Bill Murray & Frances McDormand, your Bruce Willis & Edward Norton, your Tilda Swinton & Harvey Keitel. I like what Jason Schwartzman is doing here, too; playing the sketchy adult hanging out with these kids feels like a sort of playful commentary on how he is usually cast as a sort of perpetual adolescent. Not a manchild, that isn't what I mean, just that...he's the quirky independent film version of a primetime teenage soap opera that casts twenty-somethings to play high school kids, right? The music didn't punch me in the gut; I find the music from Royal Tenenbaums really meaningful, but this was more like the music of The Life Aquatic, I guess? I am not condemning it; if you like french avant-whatever, maybe you will party down to this! It wasn't my cup of tea; not a negative, or anything, just a neutral soundtrack. On an unrelated note, Wes Anderson talked about creating the fictional island of New Penzance, & how hard it was to really make it plausible. I really like his off-kilter reality, I have to admit. Things like Archer Avenue & the 375th Street YMCA are little details, but they are subtle & potent pieces of worldbuilding. So yes, this film is, sigh, beautiful & innocent & magical. It sounds trite to say it, but it doesn't feel trite to watch it.
Collapse