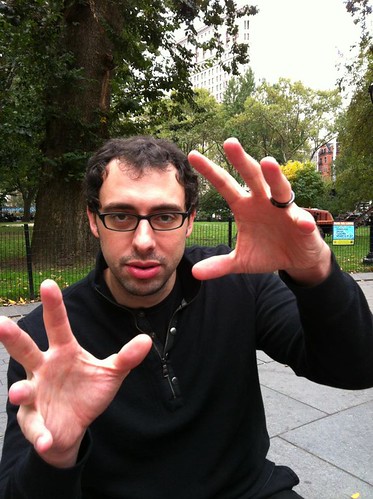 I suppose that, despite my best intentions, I've been having a life. Alright, I took Thursday of to CSA & such, I already covered that. What did I do Friday? I know I must have been busy, I've been sort of busy all week, I think. Did I just hang out with Jenny? I know I had lunch with

onatopofthings & Terra at a BBQ place, but then did I just come home to hang out with Jenny? Yes, I think so! Oh, I remember now: I sort of hoped Jenny would get off work early & we could go on a date. Instead she came home at a regular time & we watched Castle, which is good again? I'd sort of given up-- it lost its humor & slid into melodrama & police procedural, which I dislike-- but now that they are a secret couple, the show has found its way again! Anyhow, here is a picture of my lunch: spicy sausage stuffed with cheese, macaroni & cheese & brisket (not pictured, but delicious, is the shoe-peg corn pudding): 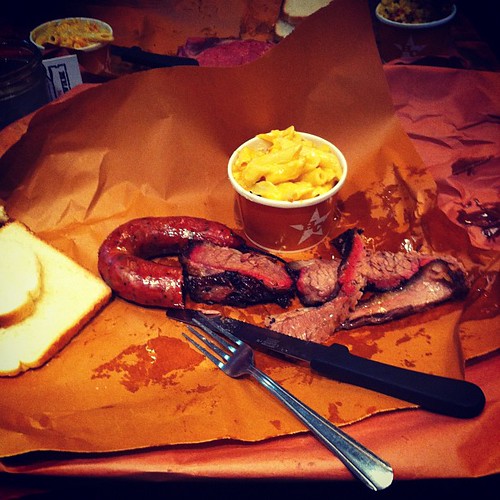 & then on Saturday I had a zombie campaign, & in the morning I went to the gym. Last week's workouts didn't feel well scheduled, but I pushed myself pretty hard, so they felt pretty good. Sunday found me & Jenny babysitting Olivia! She played shy for a minute, but warmed up. I don't know, I am still waiting a little bit for her to get older; right now I think I'm more fascinating to her than I am interesting. Like, our Venn diagrams don't overlap that well, but once she can be effectively messed with, we'll click better. Come on, rational processes! Still super cute & we totally get along, I'm just way down on the list of priority people. I am on the list though! After that, though, Kira & Nino went out with Jenny & me to the new Park Slope Terrior to drink a ton of wine & eat a bunch of small plates of food. 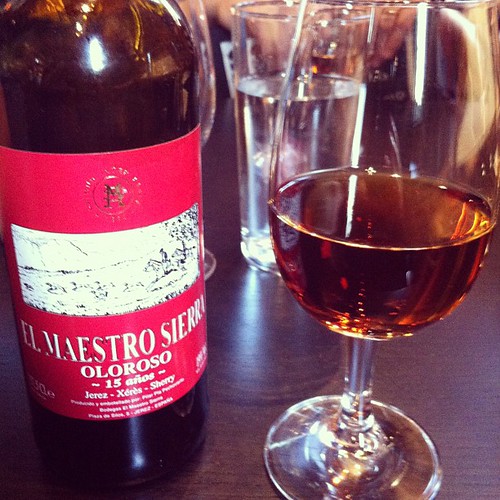 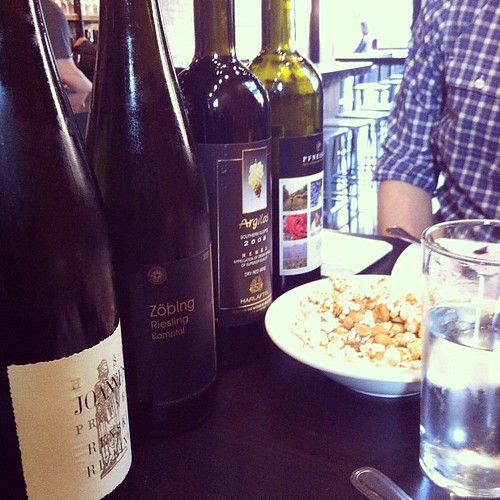 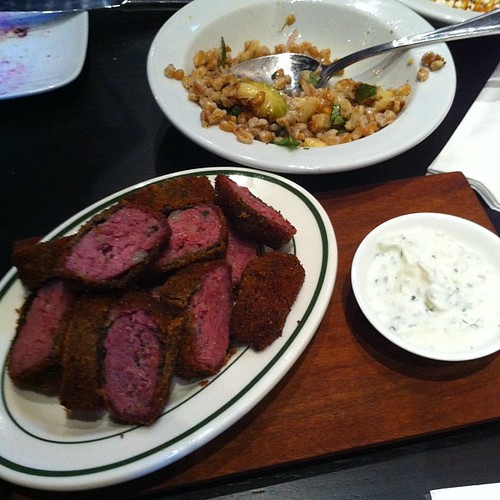 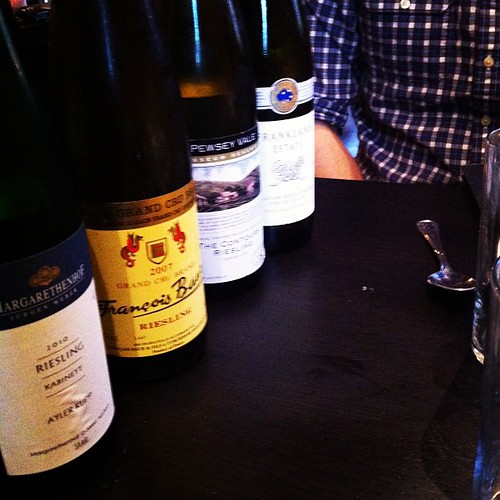 After that we came home, Jenny went to a party with some of her co-workers, & I stayed in. Oh what, is this whole post just basically me dumping in photos from Instagram to try to make sense of my memories? Why yes, yes it is. Which makes a lot of sense in the context of how I've spent this week so far. Monday I watched the new Adventure Time, which is the first episode I've watched as it aired since the very first episode. I am really glad that episode ruled; "Sons of Mars" might be the best episode, otherwise, & I want the best episode to have Marceline in it, since she's my favorite. Since it is sort of a metaphor for Alzheimer's disease, the memory thing makes sense. As it does viewed through the prism of my Tuesday, too. Ryan's last day in town, & then Terra came over after work to play a little New Super Mario Brothers & then we watched a few episodes of Big O. Trying to explain that show is hilarious, because it is such a great mishmash. Viewing Roger as Batman, Schwarzwald as Two-Face & Alan Gabriel as Joker is a useful paradigm, but then, it only stretches so far; the show is mostly about screaming badly translated philosophy over classical music while robots right. Like I said: awesome.
Collapse