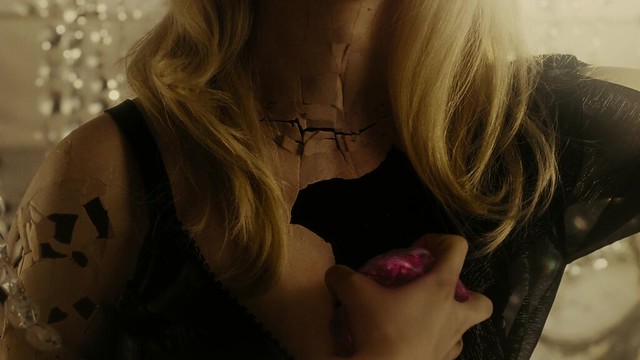 I watched Dark Shadow last night with Jenny; I can see how that movie got zero traction. It isn't bad per se, but it never quite makes up its mind about what it wants to be, & it tried to remedy that by throwing in everything & the kitchen sink. Sometimes Burton's signature hyper-saturated palate & camp come together, but it never really resolves into focus. A better movie might have taken the Barnabas & Angelique love triangle & just focused on that, without throwing in ghosts & werewolves & doctors stealing vampire blood. I get it, the original Dark Shadows was a crazy soap opera, but you aren't a soap opera, you are a movie. The format matters. Besides, isn't there already a successor to Dark Shadows called True Blood? Really, what struck me was how a blonde Eva Green doing an American accent is a striking match for a young Pam from True Blood. What a cast on that movie, too: I don't care about Depp but I was charmed by him here, & you know, along with everyone else in the world I adore Eva Green & Chloë Grace Moretz. This is the second time I've seen Bella Heathcote, & the second time I've liked her style. Jackie Earle Haley & Jonny Lee Miller are both actors I really like, too. With Michelle Pfeiffer & Helena Bonham Carter, the movie covers everything from "big names" to "cult actors," you know? Still, the movie was just...a bunch of scenes stitched together, heading toward a fairly formulaic conclusion. Hrmph. I liked it despite itself, sort of? I had a fondness for it as "easy viewing." Putting it on as a low stakes option. Low "stakes." Puns, everybody! That was basically yesterday! My allergies were going nuts all day, my nose just dripped like a leaky faucet. Jenny was sick, so we were both a mess. I went to

fordmadoxfraud's Stories of Our Youth AD&D game, then came home &...well, really that was just about it. I got nothin'. Except I somehow ended up staying up till three o' clock in the morning. Allergies, plus a stomach ache, & a sick wife...it just didn't work. I should probably try to recap my week at some point today, & I want to go to the gym & do laundry. Instead I'm sitting on the couch watching Saturday Night Live.

The Manual of Aeronautics by Keith Thompson & Scott Westerfeld.

I read this a while back, but I finally reviewed it over at Tor.com for Steampunk Week. I had been procrastinating on it, for no particular reason, but then I saw it was Steampunk Week & I was all "oh crud, now would be the prefect time for this," so I...wrote a review. Cool story bro, I know. Listen, what do you want from me, I wrote the review at Tor.com already! I really liked The Leviathan Trilogy; heck, it was one of my Best of 2009 books. I also really like art books (remember the Avatar: the Last Airbender art book?) but even more than that I like "in universe" guides. Probably because I'm an roleplaying nerd, & those are the books most like RPG sourcebooks. Okay. So, I'm basically rambling here, & I'm distracted by watching television, so I'm just going to stop here. You know, all of these Leviathan books get a short shrift from me in this diary, just coincidentally; one time it was NaNoWriMo, & I'm not sure what else, but they are all very truncated. At least the Tor.com one is a full write-up! 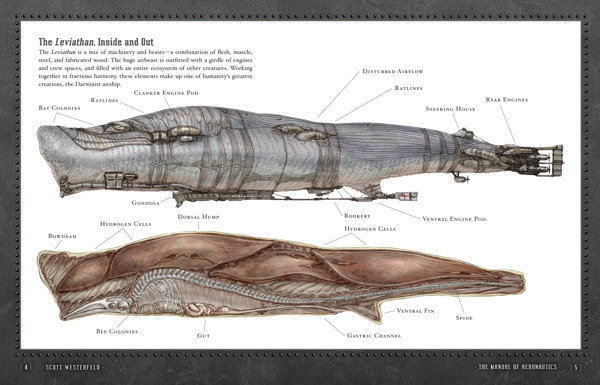