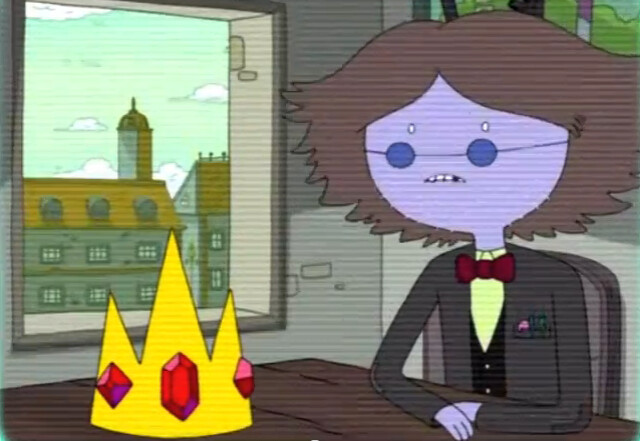 I watched some Adventure Time episodes last Friday while I was waiting for Jenny to come home, but I was mostly just sleeping through the last few, so Monday when I got home from work I went back to rewatch them & yep, they were just as trippy as I remember. "No One Can Hear You" starts with a deer, goes into some really scary psycho-horror territory-- seriously, kid's cartoon, you are freaking me out-- & then ends with the scariest deer ever. That was incredible, but it wasn't a patch on "Thank You." "Thank You" is the Thanksgiving episode, & it is pretty much devoid of dialogue, other than some background shouting by the usual protagonists. Instead, it is a day in the life of a snow golem, & it is really a breathtaking piece of animation. Seriously, you should go watch it. Those are both pretty great, but as far as advancing the continuity of the series goes, the two-part Christmas episode "Holly Jolly Secrets" really takes the cake. Mostly because it is twenty minutes of build up to the revelation that The Ice King is in fact the protagonist from an H.P. Lovecraft story who failed his SAN check. Serious, The Snow King is a pre-apocalyptic survivor of the old world, an amatuer antiquarian who discovered an ancient crown...which drove apart his family, shattered his mind & warped his body. Watching Simon Petrikov struggle with madness & lose is actually really affecting. Well done, Adventure Time. 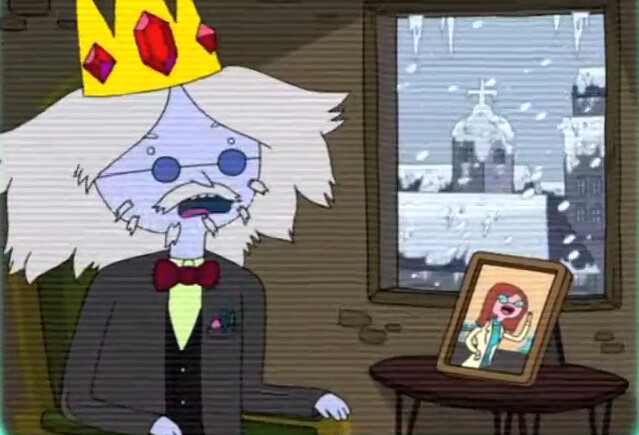