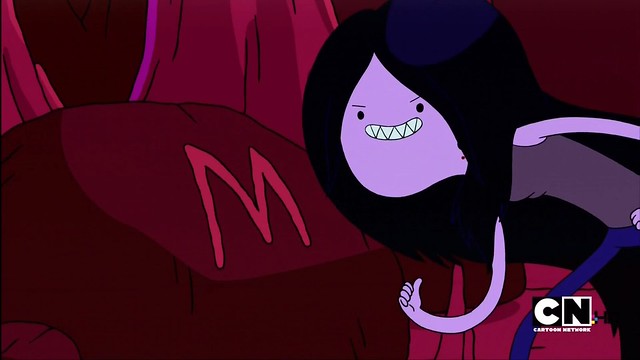 Have I mentioned ever that petty universal truths are a pet peeve of mine? Like "I hate Monday," for instance. The stupid orange cat is right, I do hate Mondays, everyone does, but that doesn't really matter. I don't know, the rise of microblogging has really brought that into perspective; when the weather twists, everyone tweets about it, & everyone else tries to be slightly clever in sarcastic response. Chorus & antiphon. Anyhow, yesterday wasn't so bad, but I got caught in the rain & had to walk around the office in wet socks for a while. Eventually I went out & bought try ones, & the woman who has office space near me lent me her heater, so I used that to dry my shoes. Oh, & speaking of shoes, I tried to buy ethical, fair trade sneakers, but they don't have them in my size, so I ended up buying the usual ones; I'm a capitalist stooge, I guess. After work Terra came over to play New Super Mario Brothers; we've been slowly working our way through it, & we're not half bad. We aren't half good, either, but let's just say that if you have an evil dragon turtle problem in your kingdom, you can call us. We put on Adventure Time after we beat up a Koopa Kid. Here is the thing about Adventure Time: I really liked the Adventure Time pilot. It is hard to believe that it was first aired in 2008; I feel like I have known about it forever. Anyhow, the actual series has...too many other fingerprints on it? I don't know, here is where I admit that I sort of hate R. Crumb & Ren & Stimpy...I don't find the ugly to be sublime. When the Adventure Time series started, I was excited, but the first four episodes-- which are actually eight stories, since each is split into two-- turned me off. It was just a kid's show with butt jokes. The innocence of the original short was lost in a rush of self-aware potty humor. Still, people were after me to give it a second chance, & when I heard Marceline sing that was what really hooked me. Marceline! I'd seen all the fanart, but I thought she was a lazy heavy metal joke! No? She's a folksy vampire singer? That...that hits the spot, man! Anyhow, yesterday we watched "Evicted," which is the first episode she appears in, & it was a quantum leap forward. Totally a better category of awesome. There have been a few that reach surreal heights, but they still haven't figured out the formula yet. Still, enough to keep giving it a chance. Then Terra left & Jenny came home, & we watched The Newsroom finale, which was...almost enough to make me think it would become a good show, & then not enough. I'll keep watching it, but I'm ultimately not optimistic. Still; I watched every episode of Studio 60 on the Sunset Strip, & that was actually bad, so take my opinion with a grain of salt.
Collapse