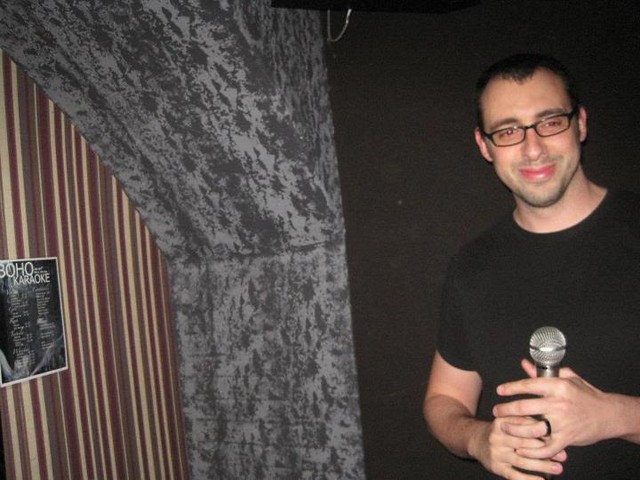 You know, I've been thinking about scrubbing the lyrics of "Nature Boy" & making a near-parallel song called "Nature Girl." You know, replacing words with synonyms. Anyhow, this picture is by

ranai, from last Saturday's karaoke, but I'm using it regardless, on account of how I did more karaoke last night. Well, first I had lunch with Allison, & after work Terra & I split a cheese plate, but then karaoke. It was a big Gothamist meet-up, organized by the commenters, for the commenters. I got lost going there-- well, I ended up in the wrong place-- but a nice elderly couple sorted things out. It was fun! I sang the same songs as I did the other night, since I knew I actually could-- "Nature Boy," "Birdhouse in your Soul," "Clint Eastwood" & "Wilkommen"-- & it was fun. I ended up drinking way more then I meant to, both in search of liquid courage-- singing in front of strangers!-- & because who understands how cans of beer work? The place was BYOB & that left me completely flummoxed on how to proceed. Red wine would have meant purple teeth-- a bad combo while singing-- & there was no refrigerator. In the end I just grabbed a bunch of Negro Modello cans & tried to share them with everyone. The whole event was a success, especially if you define a success as "nobody got stabbed." Which we explicitly did. Unless someone got stabbed after I left? Afterward I came home & Jenny & I watched some of a two-hour long American Ninja Warrior. We stayed up way too late hoping we would see someone finish stage two, but no one did in the time we allotted. 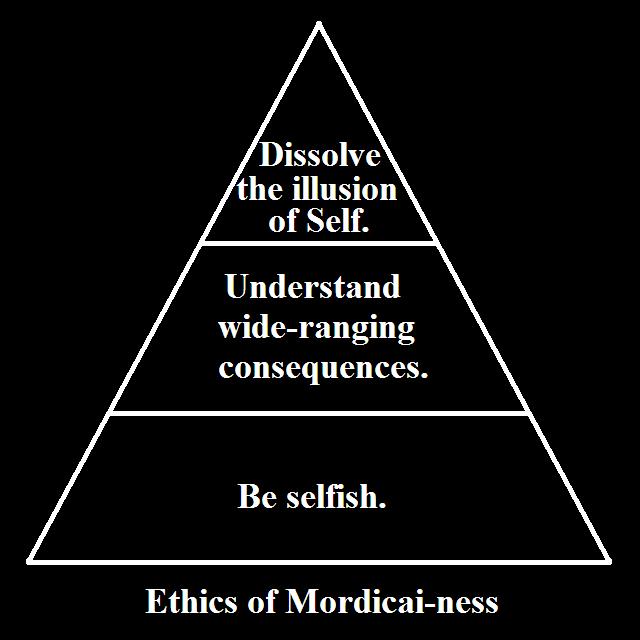