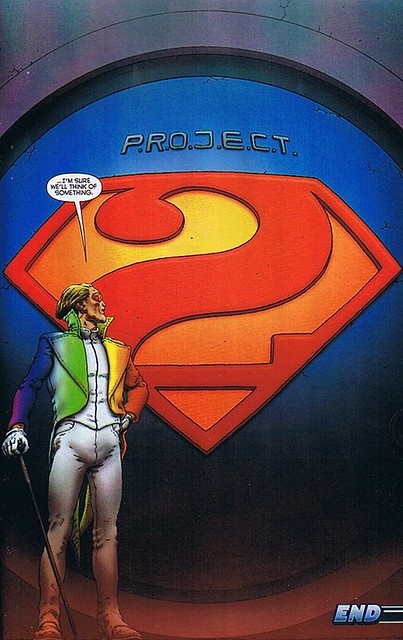 So, I think I would borrow a page from Jack Kirby & the DC Animated Universe for my Superman arc, if I ever had a chance to reboot the story. I wouldn't meddle in the guts, but I would use Project Cadmus (combining the DNA Project, P.R.O.J.E.C.T & Star Labs) as the bridge to interconnect a lot of the plot points. Attempts to clone Superman just make narrative sense. Bizarro is the first, failed clone, the crazy mixed up backwards clone. I don't think you should remove his cartoonish nature-- that is to the character's strength-- but just use Cadmus as your origin point. After a failed attempt, & a hostile takeover by Lex Luthor, attempt two is mixing human & Kryptonian DNA, resulting in Superboy. As an aside; I always thought a good Nightwing story-- given the Kryptonian legacy of his name-- would be a "Birthright" story where Nightwing goes on the offensive against Luthor, with the payoff being that he finds the research on Superboy & reverse engineers it as an anniversary present for Superman & Lois Lane. Anyhow, with the Superboy success, you could include an animal trial, either before & after, & bring in Krypto the Superdog that way. Personally, I like Krypto as a Kryptonian Laika, but your mileage may vary. Finally, I'd have Project Cadmus deliver a result; a fully functional Kryptonian clone, with one minor tweak; an X chromosome instead of a Y, resulting in Power Girl. You could include Doomsday in there, if it seems dramatically appropriate, as the final apocalyptic result of Cadmus. Kara Zor-El I think you keep as a Kryptonian refugee who starts as Supergirl & grows into Superwoman & with the aforementioned "Birthright" story I think eventually you could bring Lara Kent in as the new Supergirl. So, anyhow, that is what I've been noodling about in the back of my head, lately.

In my post about The Legend of Korra at Tor.com, I talk about how we get to hear all of the old characters speak in the flashback for the first time, which is a bittersweet feeling. Rewatching the episode last night the voice actors sounded better; the first time was just jarring, I missed the old cast! It was a good episode for Korra; she meditated & might contact with her past incarnations, she outsmarted the Equalists, she escaped Amon-- I'm ready for Korra to just kick the crap out of everyone in the last three episodes of the season. Last night, as I should probably mention, was Television Night, hence the Legend of Korra rewatch. Everyone did get a kick out of me calling Aang's little trick the "Air Scooter of Justice," which was cute. Well, not as cute as Olivia & Archie playing around; I came home lickity split after work so I could beat everyone in & straighten up.

ranai followed close behind, but she's a cheater, since she lives with us!

elladorian showed up next, right before Jenny came home after picking up Olivia from Kira & Nino's.

fatbutts was next, with Archie, & then Olivia spent a solid hour getting licked in the face by him. Sadly, Archie barked a lot at Nino when he came to pick Olivia up. They left, then Korra, with James showing up just in time to miss everything but the end. He was crestfallen! We should have waited! After that we watched Bunheads, Amy Sherman-Palladino's new show. I don't know anything about Sutton Foster-- she's a Broadway lady?-- but she is basically doing a Lauren Graham impression. A little too well, if you ask me-- the whole show is a little too Gilmore Girls without getting the snap & crackle of the real Gilmore Girls. I mean, small town full of quirky characters, Emily Gilmore Kelly Bishop as a dance instructor, precious teenage girls...yeah, a little on the nose. Plus, the protagonist's relationship with Alan Ruck's character Hbbell is super creepy-- she's a Vegas showgirl & he stalks her & buys her things?-- even though halfway through Alan Ruck manages to salvage it by being very charming. On the plus side, there was a dance-off & the ending was pretty shocking. It could use some people of colour though, as other voices have said. 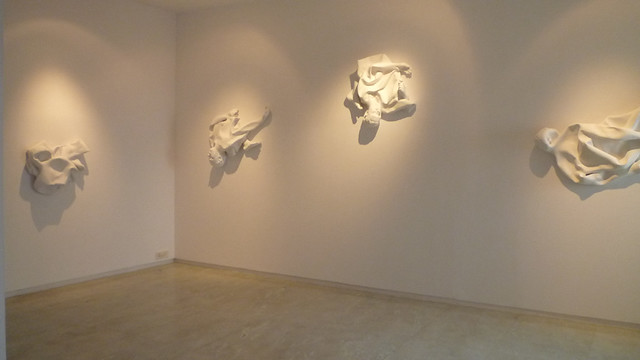 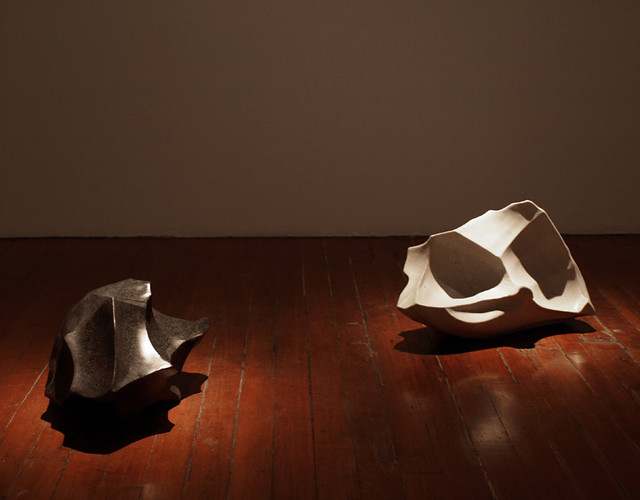 Yesterday Terra & I went to see Alwar Balasubramaniam's works at Talwar Gallery. He works with molds of his own body & magnetism, mostly; it is pretty neat. "Kaayam" is four pieces that look like he's just stepped out of his skin; "Lines in Fold" are made up of the negative image inside of his clenched fist. "Link" is a fish hook suspended by magnets; very cool but hard to show you unless you go there to see it. 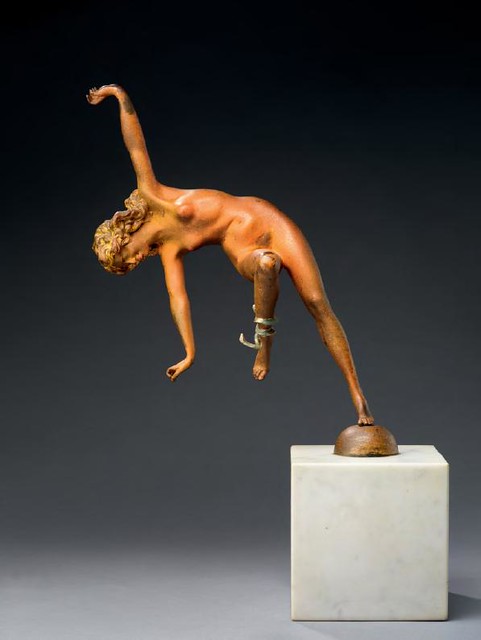 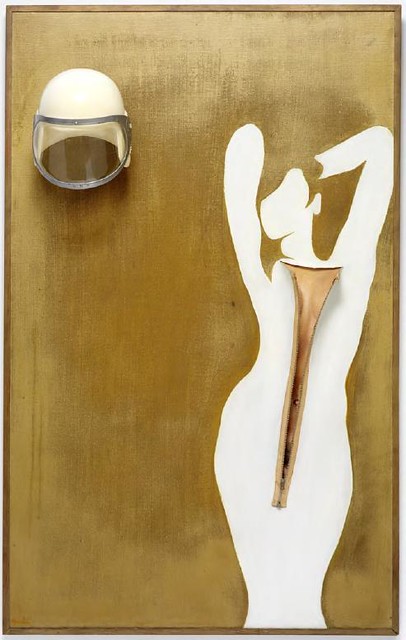 & after that we scooted uptown a bit to Broadway 1602 to see an exhibit of Evelyne Axell, a pop artist & feminist from the 60s. "Femme au serpent" was the most striking piece, for me; the ophidian bronze strikes a deep mythological core. I could stand to look at that all day. "Valentine" was the first piece that really made me start paying attention, though; the helmet justs out & really catches you, & the zipper motif-- oft repeated in her work-- is strongest here.
Collapse