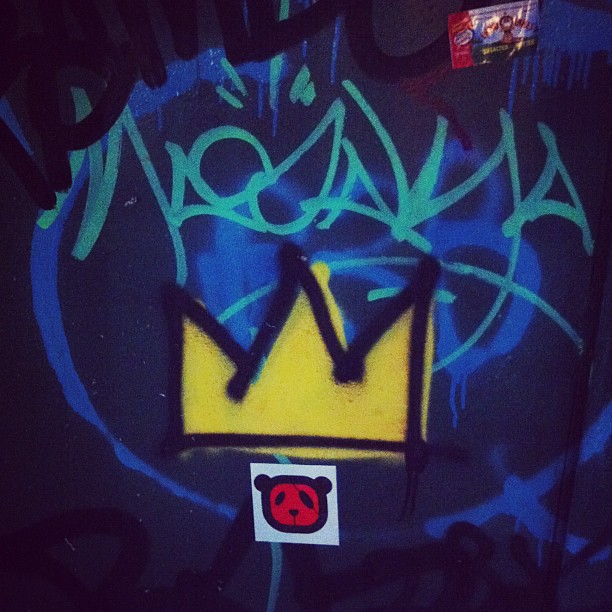 So, yesterday was a jam packed day; I was all over the place, all the time, had a summer hours half day, saw someone I haven't seen in six years & then it was my wedding anniversary! Well, it was my anniversary all day, but the part where we celebrate it, that was at the end. 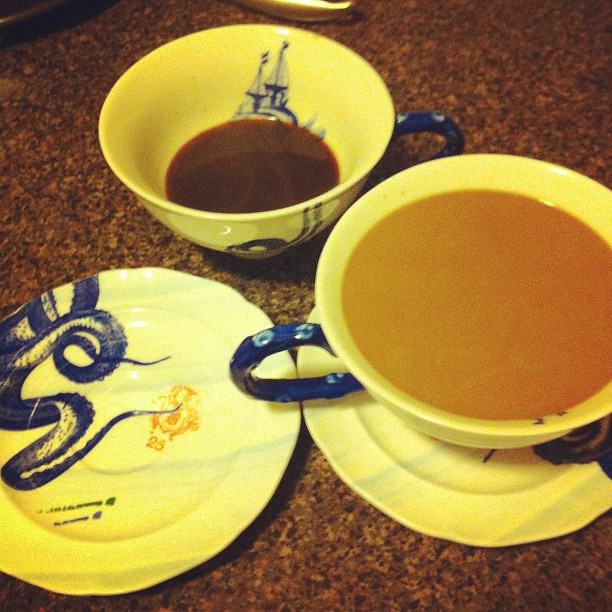 First I made coffee for us, using the "china" that I'd gotten for our two year anniversary. I like to use the sort of "traditional or modern?" list of presents because it makes it easier for me, weird as that sounds. Like, it gives me a starting place, for one thing-- Jenny is hard to shop for. Then also, it gives structure, like a haiku! 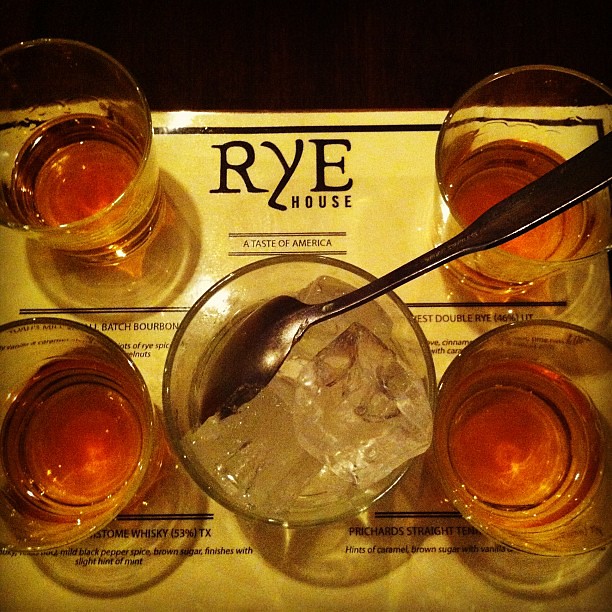 After work I got lunch with Cortney & her fellow, Max. We went to Rye House & I got the steak tartare & a glass of the Ardbeg 10 then we split a flight of whiskey. "A Taste of America." Noah's Mill Bourbon was super sweet, vanilla & nuts. High West Double Rye was even sweeter, if I recall; Cortney & I both like peaty whiskeys, Max is like Jenny & likes bourbons. Wait-- one of the whiskeys was substituted, & I can't remember which! Memory, you tricksome thing. I think it was the rye, now that I think of it? Balcone's Brimstone Whisky was the most interesting of the bunch; peppery! Or maybe it was the Prichards Straight Tennessee Whiskey that was swapped; I don't remember anything notable about it, either way. & seeing Cortney was...really great? We have pretty great chemistry & I like her; that makes sense, but the back & forth picked up like it hadn't ever stopped. It would be awesome if we could be in better communication. We'll see. & I liked her guy; I don't have much to say because we just met, but he has a mix of urban & outdoorsy that I can see appealing to C. 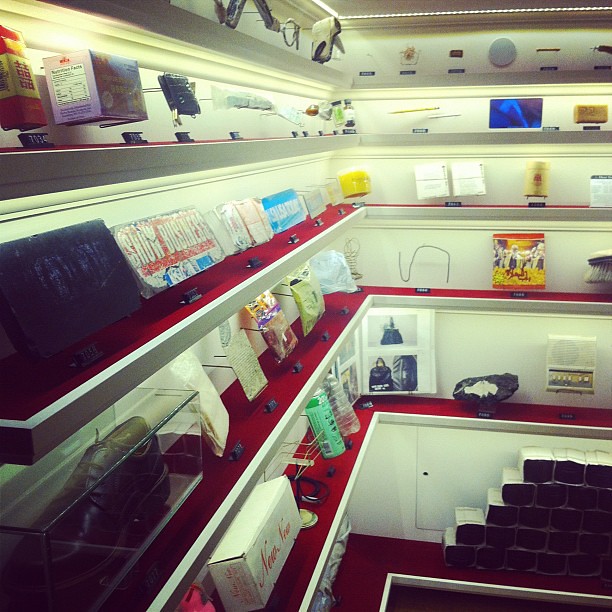 After lunch I came home; I had time to kill! I killed it, & then I went back into Manhattan to meet up with Jenny at her work. I hung out with a few of her co-workers-- more whiskey, Macallan Single Malt 12-- then Jenny & I walked out into Chinatown, arm in arm. I found some cool graffiti-- I'm a sucker for that Basquiat crown-- & Jenny showed me the outside window of Mmuseumm. 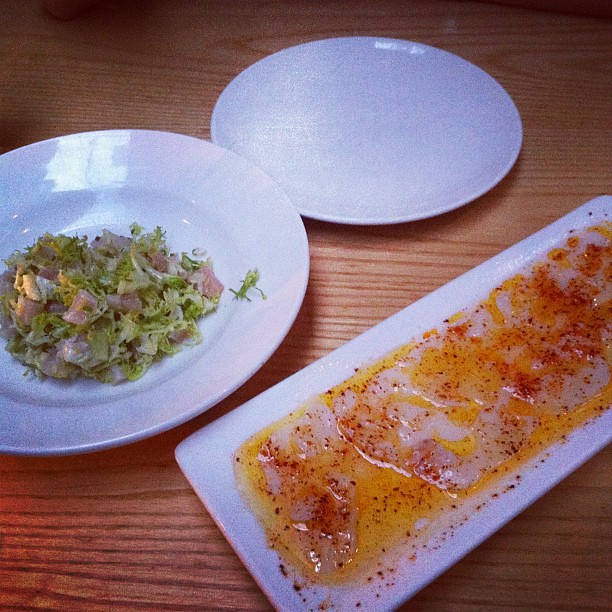 Then dinner! Kira & Nino had given us a gift certificate to L'Artusi for Xmas. We had tried to use it on my birthday but I ended up sick as heck, so we broke it out for our anniversary! We started with a glass of sparkling white lambrusco & decided to just go whole hog & get the bottle...though I forgot to take a picture of it so I don't know anything besides that. First course was hamachi tartare with lemon, chives & ginger & then dayboat scallops with sea salt, olive oil, lemon & espelette. 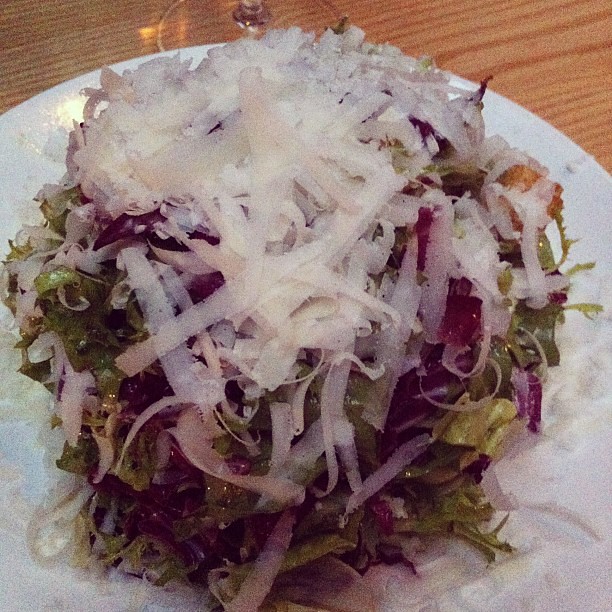 The second course was chicories with parmesan, lemon & anchovies & a roasted beet salad with watercress, yogurt & pistachios. Yeah, I was feeling it now! The chichory was a bit bitter-- the way it was supposed to be!-- so cutting it with the dairy of the beet salad was a good pairing. During this course, I was talking to Jenny about the politics of DnD Next & Wizards of the Coast & she kept asking smart questions & then demanding a high five, saying "I'm owning this conversation!" 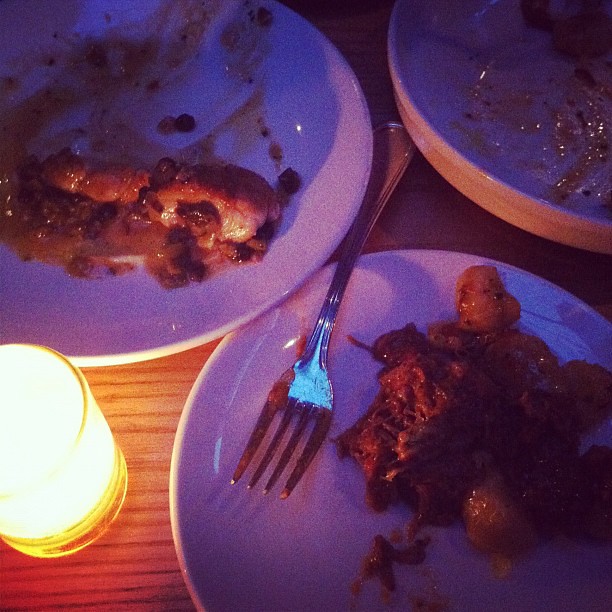 Lights fell without me even noticing until it was time to take another snapshot. The main course was sweetbreads a la plancha, with lemon, capers, olives & currants & then potato gnocchi with a lamb ragu & pecorino & they were both really great. Sweetbreads are my scene, & these were really good-- the sauce was crazy! The gnocchi was great too; that slow roasted meat & the noodle were like, right on. Around here, Jenny started getting less interested in the wine. She wanted something else, her own thing! We battered around a couple ideas with the waiter & settled on a glass of Averna Amaro rather than some grappe. & then, last course! Dessert. I'm not a fan of sweets...uh, & dessert was awesome? Olive oil cake with a crème fraîche mousse? That was incredible. We also had dulce de leche panna cotta with caramelized bananas & the tartest banana sorbet you could imagine. That olive oil cake though-- hey, make more savory desserts, they taste good. Then Jenny demanded we go into Urban Outfitters to shop for pants...not knowing that I bought her pants from Urban Outfitters for our anniversary!
Collapse