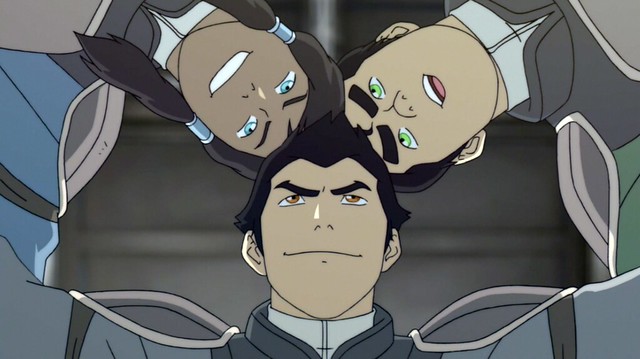 So, now that I've written about the third Legend of Korra episode, “The Revelation” & the most recent one, “The Voice in the Night” over at Tor.com, I'm all caught up. Having an excuse to write a thousand words about The Legend of Korra every week is...pretty great. Since I want to write at least a thousand words every week about The Legend of Korra. & in fact I've pretty much gleefully kidnapped Television Night & turned it into a Korra rewatch. last week we chucked America's Next Top Model under the bus.

fatbutts is bummed about it, but I'm over it. I think America's Next Top Model fell to the curse of its own hype. It started out as a reality show about fashion, but over time the commercial success led to it becoming...commercial. Other shows copied what made it good & ANTM copies the things that made other shows successful until it became...just another reality show. Without a strong hook like Creepy-chan, it ain't got nothin'. Last night was fun;

ranai was home when I got there-- did I mention that she's living with us again for a bit?-- & then

elladorian followed behind. We opened some miniatures & then I ordered Chinese food. Yeah, I said it, Chinese, not Schezuan! No spicy food; I wanted mapo tofu, but Jenny wouldn't have eaten the leftovers so I'd just be burning my mouth on it for the rest of the week. No thanks! Lilly came over with Archie & she ended up ordering from there, too. Drinks were Basil Hayden bourbon & Carton B.D.G. Brown Country Ale. At one point I took everybody (except Maggie who is too young for nostalgia) into the bedroom alone to play the Perfect Strangers game. We watched a bunch of internet videos to cap things off & everyone went nuts when I said "There is a violent and terrible verisimilitude to" the song "Let Me Smell Yo Dick." Well, there is though! 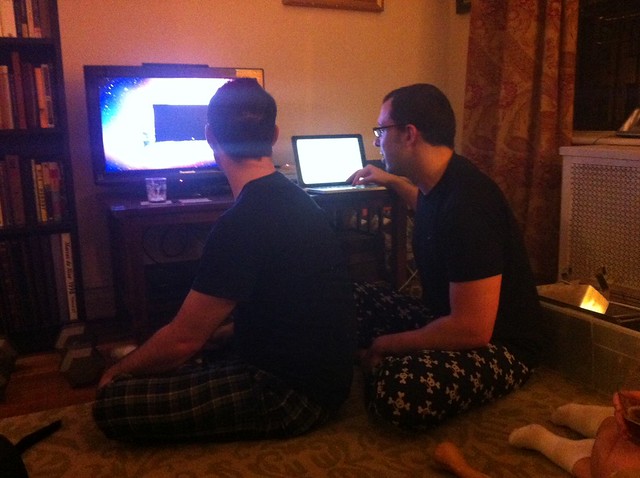