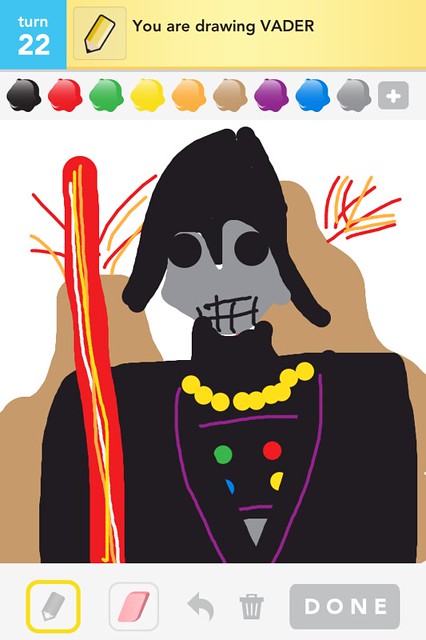 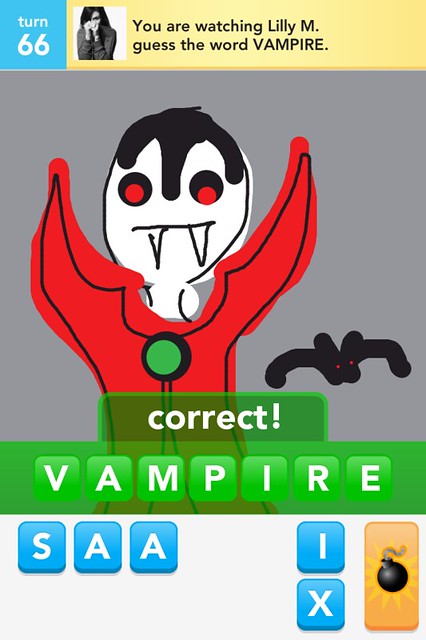 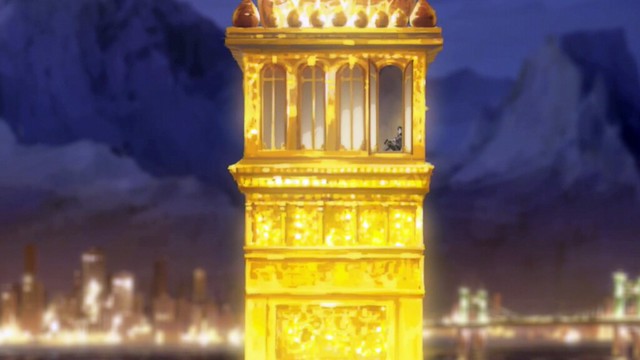 So I'll be doing The Legend of Korra recaps for Tor.com which is kind of exciting, since all I want to do anyhow is just talk about The Legend of Korra. Perks of blogging for Tor.com is that I get to talk to a whole bunch of people about it, all at once. Wednesday was Television Night, & even that got hijacked by ...Korra!

fordmadoxfraud was first, & he brought me a birthday present of Pathfinder minis & some Aecht Schlenkerla Fastenbier smoke beer.

elladorian rolled in next with some xocolatl mole bitters for me! I haven't opened them yet but I am looking forward to it.

fatbutts was next & she brought me a t-shirt emblazoned with BOB's face! Loot, man, crazy loot. Kira came over with Olivia next, followed by James with his & Lilly's dog Archie. Olivia meeting Archie was pretty adorable & took up the next few hours. She cracked up like a lunatic about his wagging tail. "Wiggle! Wiiiigle!" When Kira took Olivia home we put in the first two episodes of Korra because...because hell yeah, & because America's Next Top Model sent home the only good model on that show & the next cycle isn't even going to have Miss J, Mister Jay, or Nigel. Over it. Oh hey, & while I'm talking about Tor.com! I went up onto the roof of the Flatiron to watch the space shuttle flyby! Photo by Audrey S. 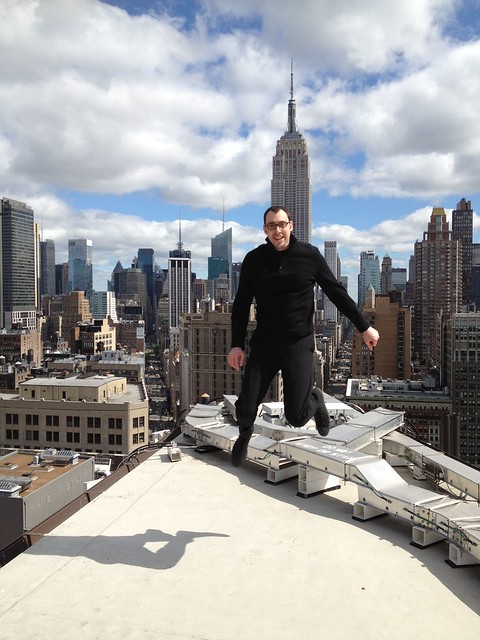 Then last night was a date night! Well, first it was a long day of struggling with the three-headed dog that stands outside of the special hell that is AT&T with Terra, but then I escaped to Brooklyn & to a nice evening with Jenny. We went to Fort Reno Provisions for dinner, & had a whole heaping mess of dead pig. Pulled pork & then pork loin, don't mind if I do; the accompaniment was a slew of sides-- macaroni & cheese, sweet potatoes & collard greens. It was a nice time, & we sucked down a couple of custom cocktails too; a Fort Warwick is Warwick gin, lemon, Warwick Bartlett Pear & tarragon & then a Cooler which was...um, it had a cucumber. After that, we went to the "new" Beauty Bar-- it has been there for a month, but it is new to me-- & had a couple of drinks as well, though no manicures. I had a Fellini, made of egg white, rhubarb aperol, lemon, simple syrup, bourbon, absinthe rinse & bitters. The mood was sort of shattered by Jenny having to deal with some work stuff, but we still managed-- gasp, somehow!-- to drink a Brooklyn Sorachi Ace & then head home to see the Community Law & Order spoof. "Basic Lupine Urology," on account of how it is a joke about Dick Wolf. 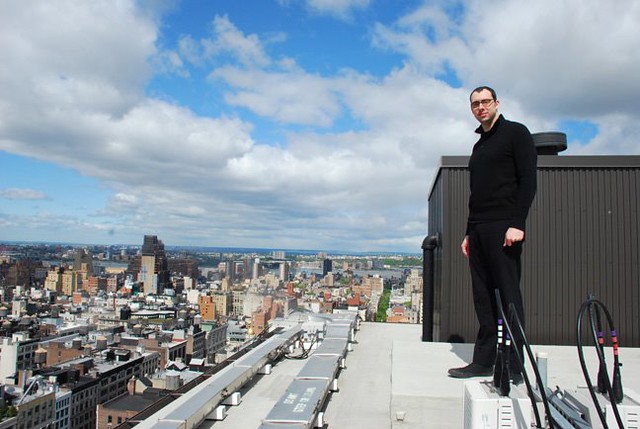 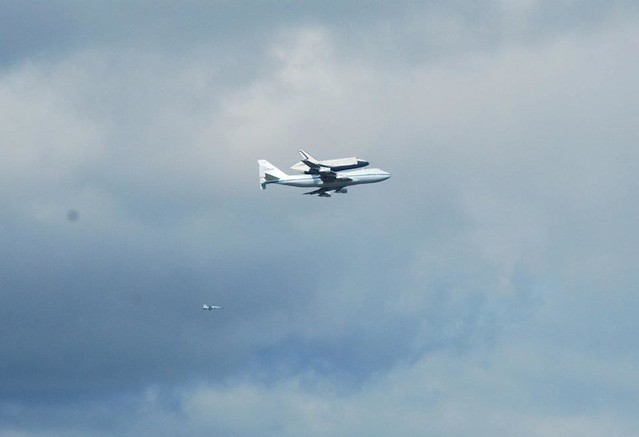 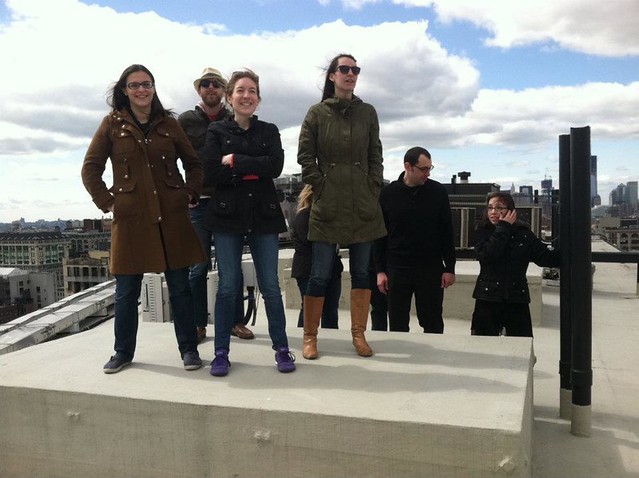 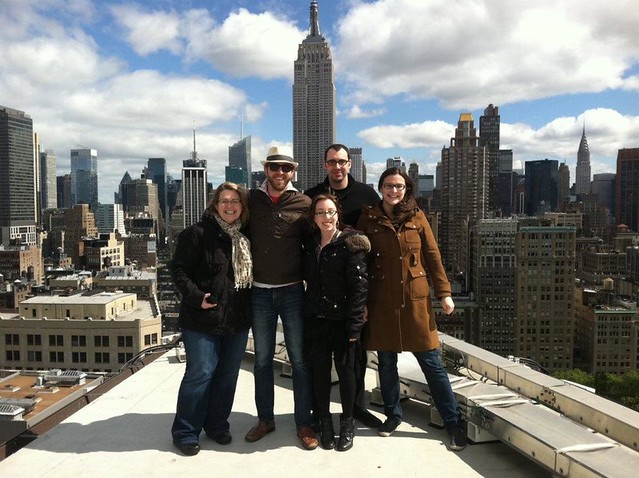 (Rooftop photos from the Enterprise flyby by Irene G.)
Collapse