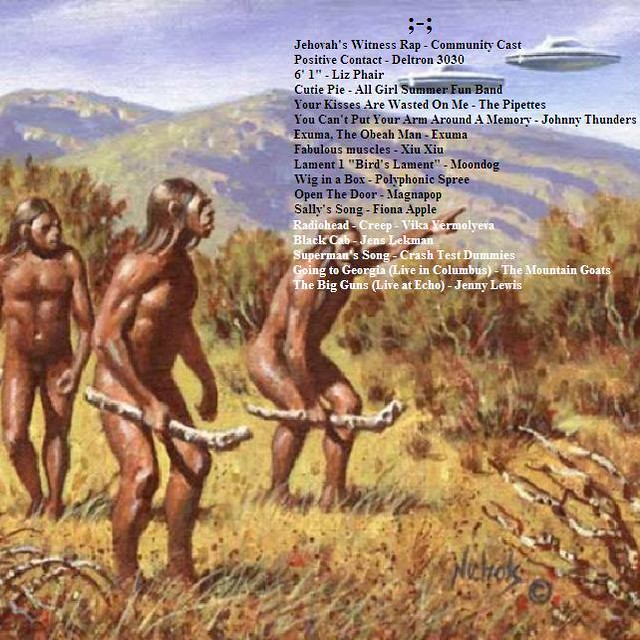 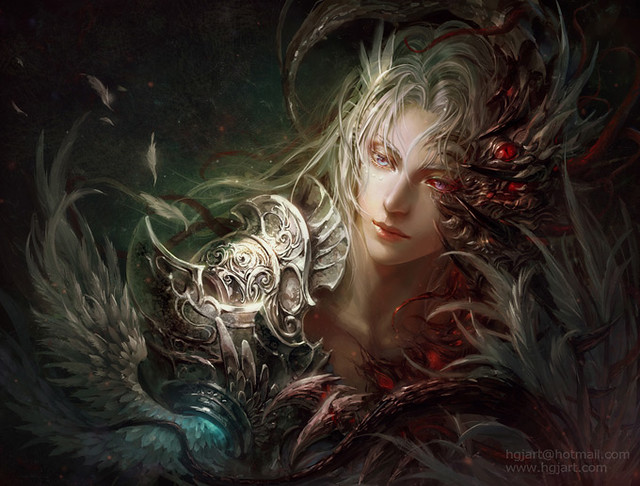 (Carkoon, Adept of the Ordo Canis; Art by Guangjian Huang.)

You are Carkoon, Adept of the Ordo Canis, & also Demon Prince of the Ninth House. Your Vice is Envy & your Virtue is Justice.

Your father is the Demon Child; the Arch-Duke of Arioch. He is a shriveled child in a tank of fluid, now, but he was a man, once. He was Thulcandra, but ever since you were born he has been shriveling, growing more & more fetal. He is centuries old, despite being a Cacogen—your lifespan as a Cacogen being similar to a human’s—living through various life-extension means. First having his blood cleaned through the heart-plug, then having regular infusions, then regular baths, & so on, till his present state. You have six older siblings. There is little chance of you winning the throne, even at your most cunning; the poisons & assassins your siblings might employ against each other being well & good, but if you were caught up in their game for the throne you would probably die, as they have had years to build their power base. Because of this, you elected to leave the Court, to go incognito & join the Adeptus, to pursue a parallel path to power.

You possess the secret of the Warp Frenzy, a berserker state that allows you to do tremendous feats of strength. You belong to the School of the Whirling Dervish, which taught you a circle dance of death & ruin. & you know the secrets of the Witch Knights, those who were rulers in Arioch before the Demon Princes. The Witch Knight, who held the secrets of life, death, & the afterlife. Who mastered holograms & life-force, virtual reality & vitalism. They found the secret Circuit, the Underworld that catches souls the way a net catches fish. Through the Circuit, you were able to find that there was an Heir to the Pearl Queen. You set off to Antiphon to find her, marry her, & overthrow the injustices of your father. There you met Slumberheart & the Heralds, who led you to Miss Glass. When you returned, you were taken captive by the Arch-Duke’s forces. Miss Glass & Slumberheart were sold into gladiatorial slavery & you were confined in the Capitol by your father & your siblings. When you eventually left, Miss Glass & Slumberheart had fought their way to freedom. Slumberheart stayed behind in the Pits, fighting his way through the champions of the Adeptus. & you got an idea. You would do the same. To your family.

You have been murdering your family ever since Slumberheart left Arioch.

You came to this place to find The Ring, the phylactery stone of the Witch King. You are not aware that you are currently struggling with it. This battle of wills has been going on for almost two weeks. Your body has been drinking water, absently, autonomically, but you ran out of that two days ago, & you haven’t been eating at all. 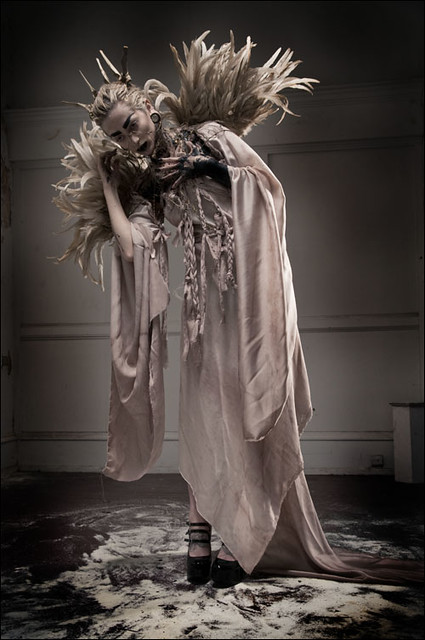 You are Tinidril, Mistress of the Ordo Equus. Your Vice is Pride.

You are a human, & the gladiatorial champion of the Ordo Equus, an order obsessed with power, especially how power is created by perception—that is, how lavish displays of wealth, of military force, of personal skill & such can all create an aura of power, & how that illusion becomes reality. When Slumberheart came to Arioch with his Miss Glass, they were first captured & sold as gladiator slaves. They both fought their way up through the pits until they were able to win their freedom. While Miss Glass then let the public eye, Slumberheart carried on as a gladiator, as a duelist. He challenged the heads of the Adeptus—the organization to which the Ordo Equus belongs, one of the major political groups of Arioch.

When it came your turn to battle Slumberheart, you brought you chains, your spiked & bladed battle chains, & battled him, but you knew then that it was too late. He had already defeated some of the other gladiatorial champions, the heads of the other Ordo in the Adeptus. They had pledged their loyalty to him & his master, Miss Glass. You saw that the tide was going with him, perceived the power that he was gathering to him, & so you let him win. You swore to his cause. You & Slumberheart became lovers. He was always elsewhere in his mind & his heart, but the antagonism between you, & your chemistry, was undeniable. Before you & Slumberheart were lovers, you had a romantic dalliance with Carkoon, which he cut off when he left Arioch to pursue rumors of an heir to the Pearl Queen in Antiphon. Eventually, Slumberheart left to return to Anise. You are a human; you know he will likely be gone for a decade, if not more. As an Alpha, he will return as if no time at all has passed. You, Tinidril, will fade. You are vain, & beautiful, but you are already aging.

Motivation:
You have decided to betray Slumberheart, & his “Miss Glass.” You have come to Carkoon to convince him to join with you. You know that Carkoon’s Vice is Envy. Using your Pride, you want to appeal to his Envy to turn him against Miss Glass, & against Slumberheart.

You know that Carkoon seeks to wed Miss Glass, & you believe that Miss Glass has no intention whatsoever of marrying him. You can play to that. You believe that Miss Glass will either marry for political power, or will marry Slumberheart. You are jealous of Miss Glass, believing Slumberheart loves her; her youth offends your Pride. You know that secretly Carkoon is the youngest in line to the crown of the Arch-Prince of Arioch. You know that Carkoon’s father, the Demon Child, has extended his life unnaturally, & that he may never naturally abdicate to an heir. You can appeal to that Envy. If you & Carkoon wed & turn against Miss Glass, you can yet rule Arioch. 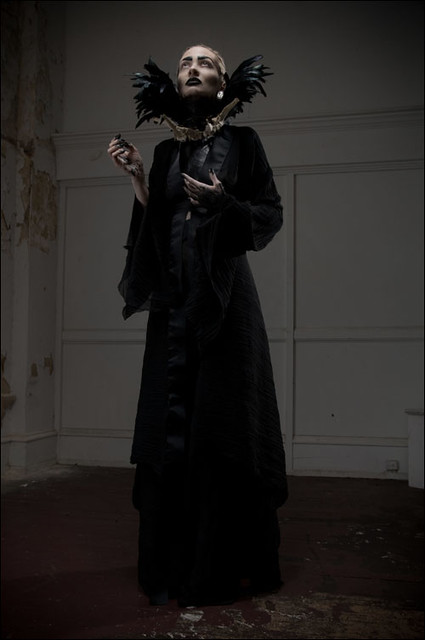 You are Tinidril, Mistress of the Ordo Equus. Your Vice is Pride.

Motivation:
You have decided to go to the Isle of Lachrymosa, where the Haemophages dwell. There you will petition them to be turned into one of the undead, where your beauty can live on forever undimmed, & your Pride can be forever untarnished. You want Carkoon, your former lover, to come with you, in a spasm of nihilism & romance. You want a Romeo & Juliet-like suicide, where either you are both torn apart by the blooddrinkers or they give you both the dark gift of immortality.

You will appeal to Carkoon’s Envy of Slumberheart & Miss Glass. Miss Glass doesn’t love Carkoon; she loves Slumberheart (or so you believe). Miss Glass was raised by the undead; she will only wed Carkoon if he has their Curse. Carkoon can only defeat Slumberheart in battle with the unholy strength of the blood. Moreover, Carkoon’s father is secretly the Demon Child, Arch-Duke & ruler of Arioch. Carkoon is last in line of succession & the Demon Child has extended his life for hundreds of years unnaturally; you can play on that Envy as well.
Collapse