Nausicaä of the Valley of the Wind, VII by Hayao Miyazaki.

I'm tempted to just end my read of Nausicaä of the Valley of the Wind with just images, since I found them really affecting. I don't know, this volume stirred up something in me as I read it. Partly I think because it became increasingly clear to me that I could interprete the story through the lens of my Oubliette stories. I don't usually make the background cosmology of Oubliette transparent-- rather, I keep it deep in the background, but it always effects the logic of the setting & the narrative. There are forces at play in the stories I tell & the games I run, but I usually leave the cosmic forces off-stage. I let them provide depth, I let the relationships between them create tensions that have cohesion, because they have a secret clarity behind them. Miyazaki, here at the end of Nausicaä brings those issues to a boil. Nausicaä herself is the needle through which they thread, but the struggle between the Crypt of Shuwa & the God Warrior Ohma could easily be cast in an Oubliette game as a conflict between a Titan & a Machina. Which, I know that is meaningless to everyone else...but that is my point! The final volume of this series was meaningful to my personal mythology, my inner pantheon. That is quite a feat. From just a production standpoint-- by the way, just as an aside-- I was really pleased with the compromise that Viz made, replacing the full-colour insert that the previous volumes had with a substantially bulked up page count. That is probably just the publishing nerd in me, but I thought it was a good call that let them stick to the price point of the other volumes. & so, well now it is over. I still have art books to seek out-- yeah, & spoiler alert, I am going to-- but I'm left in the afterglow. Hayao Miyazaki doesn't let things fold into themselves & be forgotten-- the plans laid out at the beginning of the novel deepen & come to fruition, even as he adds new directions to the story...directions themselves that come to a satisfying conclusion. The Torumekian king & Kushana's brothers, for instances, are revealed as villains at the same time that they are revealed as people with plausible motives & realistic internal struggles. Even characters who are largely irrelevant to the thrust of the narrative, like Namulith & Miralupa's father, show themselves to be essential threads in the tapestry. The boy who left the Garden with four heedra & the note "I want to save humanity" is just a nice piece of poetry, a skillful economy of storytelling that adds another dimension to an already multifaceted story. 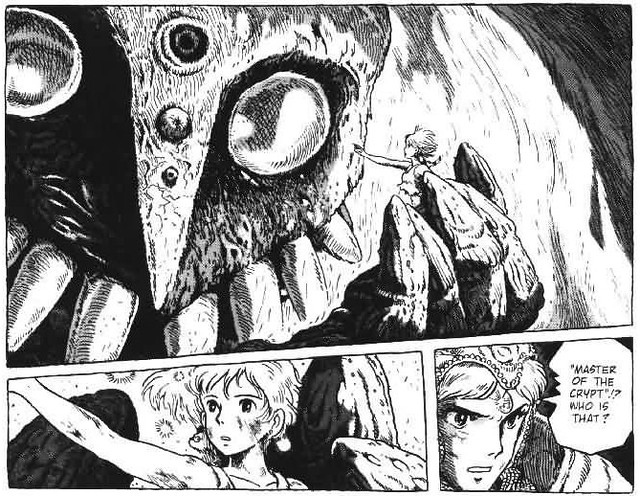 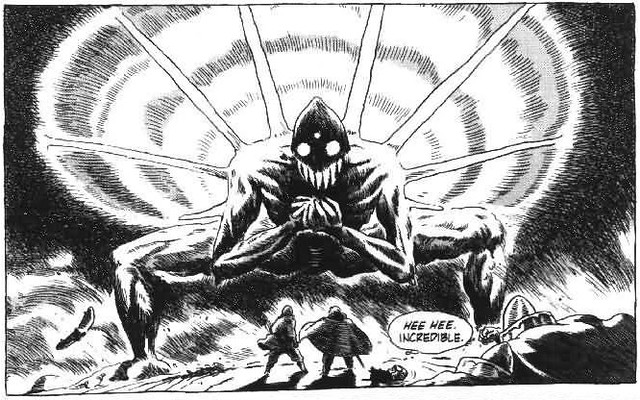